Starring Rooney Mara as Jesus's right-hand woman, Mary Magdalene retells her story with moreish visuals from the director of Lion but with little sense of epic biblical drama

Mary Magdalene film review 2 Mary Magdalene film review Daniel Lewis
You’d better believe it: biblical film is back. Last year saw the remake of the legendary 1959 epic Ben Hur, as well as Risen, starring Joseph Fiennes as a Roman solider in search of Jesus’ missing body. Before that, there was 2014’s Noah, directed by Darren Aronofsky with Russell Crowe in the title role.

Mary Magdalene is one of three films inspired by the Good Book coming out this year, including the upcoming Paul, Apostle of Christ, with Luke (of Gospel-writing fame) being played by Jim Caviezel who took on the role of Jesus in Mel Gibson’s infamous The Passion of the Christ (2004). 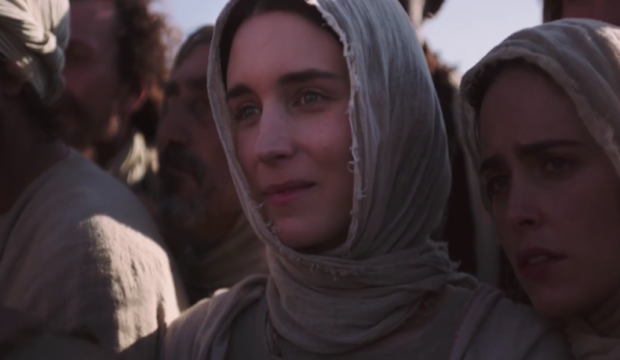 But if we are witnessing a sort of resurrection of this type of film, it’s coming back not quite as we knew it. Mary Magdalene is a much earthier affair than the grand, sweeping, bank-busting productions of yesteryear. And instead of reaching for a sense of absolute timelessness, this film even seems to be trying to embrace some of the issues of our own historical moment.

The film’s express purpose is to overturn the age-old mischaracterisation of Mary as a wayward woman, a prostitute who managed to worm her way into Jesus’s inner sanctum. She’s revealed instead as someone of deep faith – channeled by Rooney Mara with spirituality that falls just on the right side of the Coachella-esque – who defied the men of her family and community to follow Christ (Joaquin Phoenix, giving Mara’s intense stare a run for its money) and who held her own among Jesus’s all-male disciples despite frequent pushback. Peter, played by a subdued Chiwetel Ejiofor, is particularly unenthusiastic. 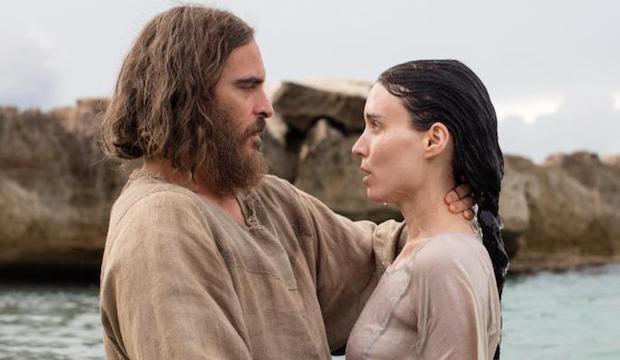 The film follows the apostles as they recruit followers, with an emphasis on oppressed women, and Jesus performs miracles in the near-desert and ancient honey-hued towns. There’s a disarming inner glow to Mary Magdalene which matches the translucence of director Garth Davis’ Oscar-nominated Lion. But it does take a while for the action itself to heat up. It’s only once we reach the temple at Jerusalem that Jesus really seems to wake up (he spends most of the film swooning from the Spirit) and the film races towards its inevitable conclusion. But this passion is a little late; we’re already well over an hour into the film.

Essentially, Mary Magdalene suffers from its good intentions. It might be effective as a reinterpretation of events, and perhaps truer to 'what actually happened', but stripped of a real dramatic context, its quiet episodes of acts of compassion hardly seem worthy of a two-hour feature, let alone 'the greatest story ever told'.

Putting faith aside, the reason why these biblical stories have stuck around for so long, embellishments and outright fabrications notwithstanding, is because they make good drama. If you are eager to cast aside that drama as problematic or misguided, you sure as hell better come up with your own. Unfortunately, for all its subtle craft, strong leads and sometimes radiant beauty, Mary Magdalene often feels like a pilgrimage that has lost its way.