REVIEW: Could there be a better Thomas Cromwell? Mark Rylance leads the outstanding BBC Wolf Hall adaptation- surely the best TV series 2015 has to offer. 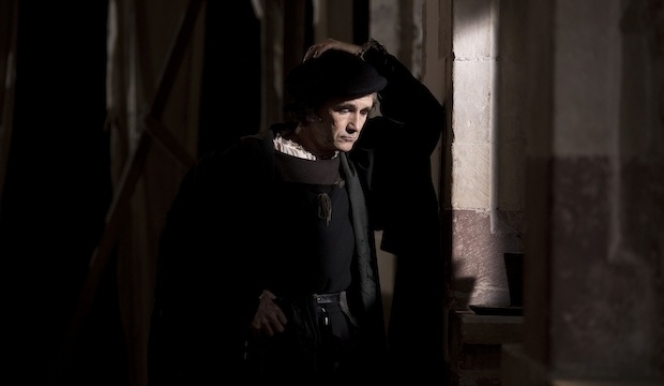 Culture Whisper Review: Wolf Hall, BBC Adaptation
The BBC adaptation of Wolf Hall has a lot to live up to. Few books in recent memory have balanced such critical and popular success, not to mention an unprecedented double Booker win. Hilary Mantel has been promoted from well regarded ‘author’s author’ to our most prominent living novelist. The RSC have already produced an acclaimed rendition, heading to Broadway later in the year. By dramatising the court of Henry VIII, the series joins a long line of cinematic and televisual predecessors. If the series fails to capture its source’s spark, it could so easily be cast as an inessential footnote.

On the evidence of the first episode, the BBC needn’t worry. Over the course of an hour, we rattle through several momentous changes in the life of Thomas Cromwell, both political and personal. We are thrust right into the centre of the action from the offset. Well-known historical moments – the fall of Cardinal Wolsey, Henry’s desire to divorce Catherine of Aragon, the ascendance of Anne Boleyn – are dramatised matter-of-factly, with no recourse to patronising exposition or emotional manipulation. By the instalment’s end, the stage is set for the machinations to come. 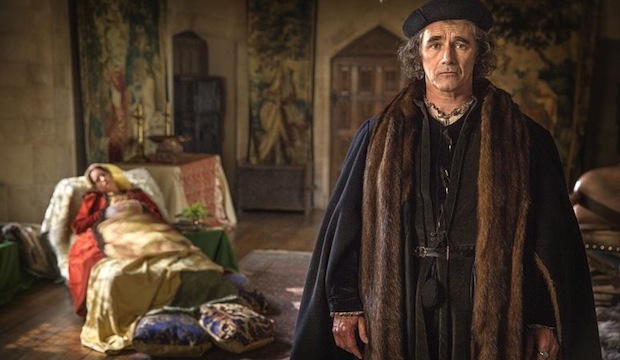 Director Peter Kosminsky and screenwriter Peter Staughan give their material a tight momentum. Individual scenes are leisurely, allowing us to get to know their characters and the world they occupy. Yet, despite this luxurious fullness, there is nary a wasted moment, with everything geared to contribute to the whole. When Cromwell’s family dies, carried away by the sweating sickness a mere ten minutes after we met them, we feel the loss through the our protagonist’s reaction. We are also reminded of the period’s propensity for sudden fatality, where life is often taken away without warning. Most recent works set in the sixteenth century, such as The Other Boleyn Girl and Showtime’s The Tudors, create a costumed simulacra of our own time; Wolf Hall, despite its sharp modern dialogue, admirably recreates its setting. 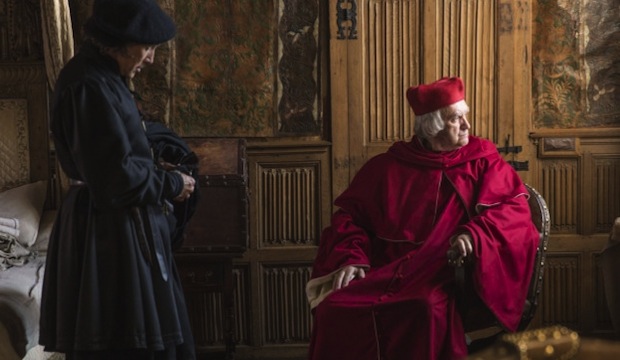 Rylance and Pryce as Cromwell and Wolsey

The casting is immaculate. Jonathan Pryce plays Wolsey with a geniality and self-awareness that makes him a far cry from The Tudors’ bellowing hedonist. We have little doubt that, whatever his wealth and might, he is a devoted man of the cloth. Surrounded by anxious cronies, Anton Lesser’s Thomas More is sneeringly assured; when out-quipped by Cromwell, we see the subtlest of shifts in his demeanour. Claire Foy’s arrogant Anne Boleyn nonetheless shows glimmers of uncertainty, as though she knows her status depends on the men around her. And in our brief encounter with the King himself, at episode’s close, Damian Lewis an entitled brute thrown off balance by Cromwell’s studied frankness. There is no room for one-dimensional caricatures. 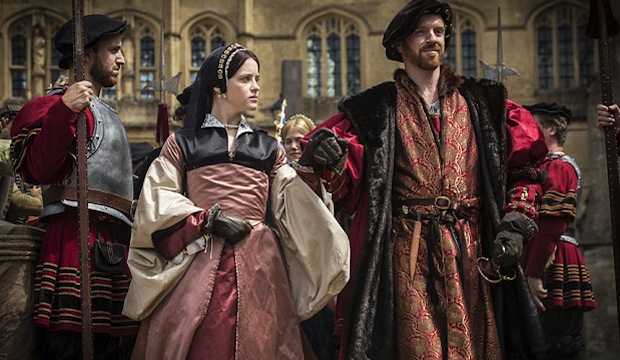 It is of course Mark Rylance, as the omnipresent Cromwell, that shines the brightest. His face manages to be inscrutably unchanging while expressing the whole gamut of emotions, from familial content to bitter grief. He is actor who can convey so much with barely a gesture. On occasions where he does speak, always in impeccably well-judged responses, his confidence and intelligence delight while remaining plausible. And although he stands foremost in our sympathies, the script shies away from hagiography. When he upbraids a musician for abandoning Wolsey to serve Boleyn, his disgust with cowardly opportunism reflects his own rise from ironmonger’s son to, by the episode’s close, member of Parliament.

Click here to read about the RSC's Wolf Hall and Bring Up the Bodies
In a time of budget induced corner-cutting – the recent adaptation of Philippa Gregory’s The White Queen was forced to compress a decade of history into a couple of Belgian castles and a small thicket of trees – Wolf Hall boasts an incredible lusciousness. Indeed, the production values could give the well-funded likes of Game of Thrones a run for their money. The locations, almost entirely from the sixteenth-century and further dressed with period furnishings, have a masterful attention to detail.

And then there are the shots, which deserve the appellation ‘painterly’ as much as any period adaptation since Kubrick’s Barry Lyndon. Domestic scenes look like something from the Dutch Golden Age, becoming shadowy Rembrandt at night; they are full of tight close-ups, careful compositions, fixed gazes. The rooms of York Place, home first to Wolsey and thence to Anne Boleyn, are given a palpable sense of power when we see them straight on, as if the backdrop to some courtly portrait. Throughout, we spend much time looking into Cromwell’s face and over his shoulder, replicating the intimacy of the source novels. 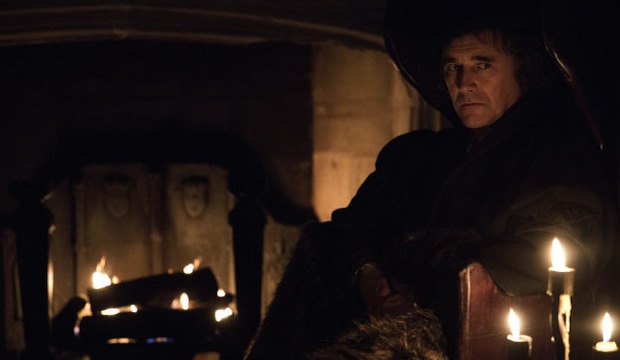 The BBC clearly envisage the series as a true prestige project, the sort that seeks to be remembered for years to come. If subsequent episodes maintain the qualities displayed in the first, then Wolf Hall looks to be guaranteed a place in the firmament, with the likes of I, Claudius and Pride and Prejudice. This is intelligent drama at its finest, neither spoon-feeding the viewer nor attempting to obfuscate with heaped complexities . Baring a sequel after the publication of Mantel’s final volume, we have only five more hours of this televisual nectar left. Luxuriate in it while you can.