The latest quirky and colourful animated adventure from Wes Anderson, Isle of Dogs follows a bunch of canines stranded off Japan’s coast and features an incredibly characterful all-star voice cast

3 CW readers are interested
Isle of Dogs film review 4 Isle of Dogs film review Daniel Lewis
Nestled in the cornucopia of eye-popping eye candy on offer in Wes Anderson’s Isle of Dogs is an elaborate sushi-making sequence. The handiwork of the impossibly dexterous sushi chef, or itamae, is a gorgeous piece of craft topped off with a pinch of poison wasabi, which seems a fine metaphor for the film. 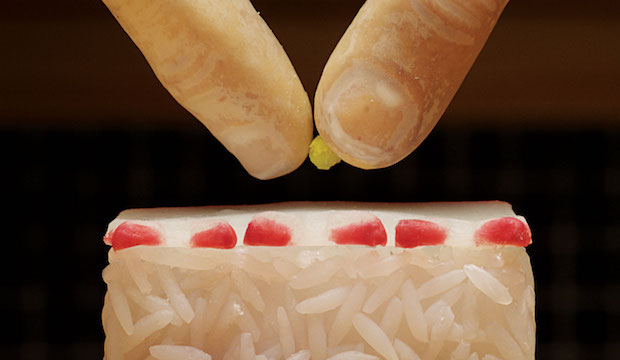 Isle of Dogs is Anderson’s second stop-motion animation following his endearing 2009 Roald Dahl adaptation, Fantastic Mr. Fox, and his latest since 2014’s already-classic The Grand Budapest Hotel. And, like that piece of sushi, a joyous celebration of Japanese culture – its inventiveness, resourcefulness and scrupulousness – with just a hint of a painful history marred by natural and manmade disasters and unfeeling government.

The film’s story, knocked together with Jason Schwartzman and others, is only slightly less well-made. Set in a dystopian near-future, it focuses on a bunch of canines banished after an outbreak of ‘dog flu’ to an island of garbage by the draconian Mayor Kobayashi. His 12-year old ward, Atari, escapes to the island to search for his pet and bodyguard, Spots. 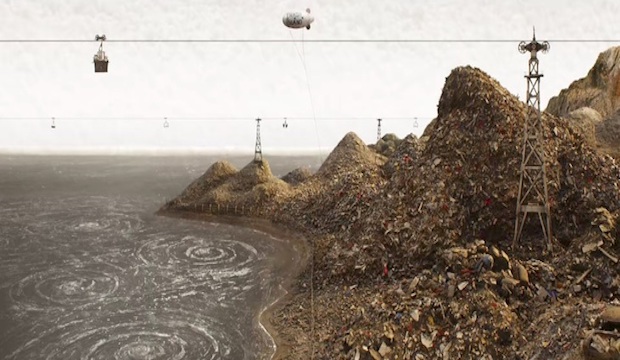 The quintet of hounds who help Atari, and also protect the boy from the increasingly foolish government forces trying to retrieve him, is expertly cast, with Bryan Cranston, Edward Norton, Bob Balaban, Bill Murray and Jeff Goldblum putting in some extremely characterful voice work.

Cranston, in particular, convinces as a gruff anti-authoritarian stray and the ringleader of the group who ends up forming a bond with the boy as well as with a coquettish show dog (voiced by Scarlett Johansson) who, like the rest of troupe, mourns her cushy lifestyle on the mainland. 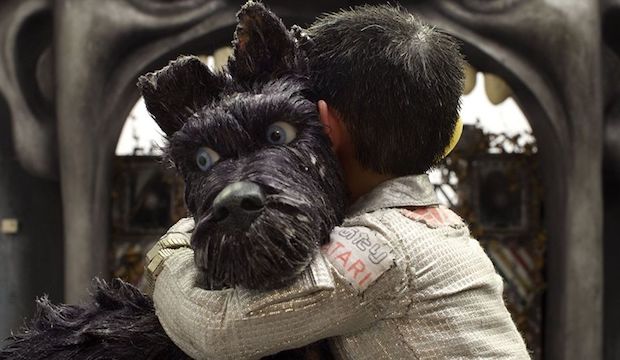 More infectious canine comedy comes from all quarters – Tilda Swinton as the TV-crazed ‘Oracle’, Harvey Keitel as head of an outlawed ‘aboriginal’ tribe – while Greta Grewig voices the America exchange student who heads the resistance, a brilliant send-up of the university campus activist. 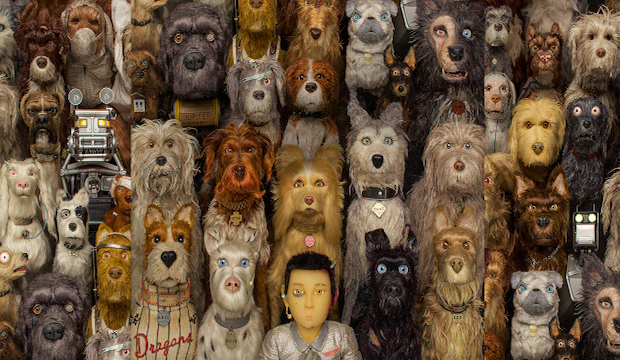 The shortfall is not helped by Anderson’s packrat approach to filmmaking which picks something up only to move on. This is redeemed, though, by the sensitivity with which he treats everything he handles – a sensitivity which hopefully will put to bed that thorny issue of cultural appropriation which will no doubt hurt the film’s reputation slightly.

The decision to leave the various episodes of Japanese dialogue untranslated – only official announcements have an interpreter – seems a significant gesture to tackle any such claims. Not everything here is made easily digestible for a Western audience.

One thing that’s not up for debate is the painstaking care and devotion that has clearly gone into this production. Isle of Dogs is nothing short of a paean – to youth, to Japan and to man’s best friend. 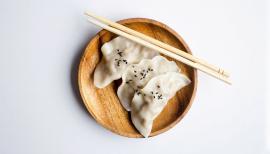 Why the gay love story is the defining film genre of the 21st Century
Sign up to CW’s newsletter
By entering my email I agree to the CultureWhisper Privacy Policy (we won`t share data & you can unsubscribe anytime).
3