EDITOR'S PICK: Is there anyone who doesn't love him? St Vincent is now in cinemas: to celebrate we look at the best of Bill Murray. 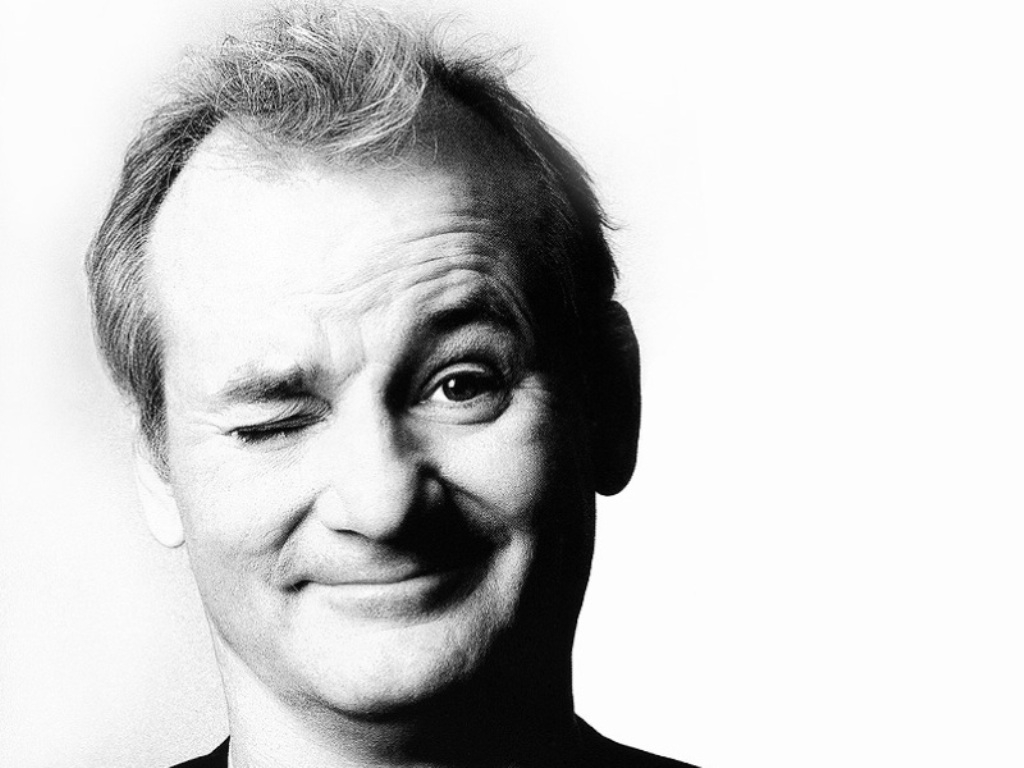 Ten Things We Love About Bill Murray
The 64-year-old actor is so adored, he is practically a cult leader. And as his new film St Vincent", an indie film by rookie writer-director Theodore Melfi about an old man befriending a young boy is getting great reviews, we celebrate all things Bill with a TOP TEN of his most lovable qualities:


1. He doesn't take himself too seriously


Firstly, he turned up at Cannes with this little camera.

Then there’s the story about the post-premiere question time for Hyde Park on Hudson, the film in which Murray stars as the crippled US president Franklin D Roosevelt. Murray and the film-makers were taking questions from the audience, when, one audience member piped up to ask how on earth the special effects made Roosevelt’s legs look so hideous. When the film's creators either side burst out laughing, in became apparent that no special effects were needed and the leg was his own. Murray then quipped, face straight: "That" (long pause), "is acting"

2. He likes hanging out with Average Joes


His infamous party-crashing is the stuff of legend. He spontaneously joins kick-abouts with strangers in the park and he’ll do karaoke, or make an impromptu speech at your stag do, when he’s only just met you.


Once, visiting St Andrews for a golfing tournament, he went along to a student house party that he was invited to having made some new friends in a local bar, and ended up doing the dishes.

3. He’s so detached from Hollywood life that he doesn’t have an agent


Murray doesn’t have an agent or manager. Reportedly only using a personal telephone line that he rarely checks to receive film pitches, he is notoriously hard to get hold of. When asked to comment on this, Murray quips, ‘It's not that hard. If you have a good script that’s what gets you involved. People say they can’t find me. Well, if you can write a good script, that’s a lot harder than finding someone. I don’t worry about it; it’s not my problem’.


"Being an adult is about 90% talking yourself out of getting a milkshake every single day when you totally have enough money to do so." - Bill Murray, 2013


Oscar-nominated for his performance in Lost in Translation, it is widely-acknowledged that however laid-back and casual his approach may seem, Murray’s acting possesses great depth.

And Sofia Coppola’s film is testament to this, littered with perfect Murray moments; his inaudible, enigmatic and endlessly-speculated whisper:

and his comic timing in the hilarious whisky advert scene:


(You can read the translated scene here)


6. He is weird and wonderful


There’s a whole website dedicated to Bill Murray stories; www.billmurraystory.com.
Probably the most well-known of which is the tale of him approaching a girl in a diner, taking a chip from her plate, eating it, and departing with the words "no one will ever believe you".

7. He does the movies he wants to do


Even the movie stars who have the luxury of cherry-picking the scripts they accept often have some kind of cynical formula – a low budget indie, followed by a big budget blockbuster to balance out the pay cheque. But Murray’s code seems to be totally unpredictable and whimsical, aside from remaining firmly within the Wes Anderson family fold, as he takes on everything from random arty films to his first CGI outing as an animated Garfield (although apparently he accepted the script on the premise that the director was a Coen brother, though it turned out to be Cohen with an H).


Having ad-libbed more than his fair share of scripts, and with a career full of great quotes, his quick yet affable, and wholly unique, comedy is the cornerstone of his popularity.

While this is a list that could easily go on, perhaps it’s best summed up in the words of Murray’s old friend and Groundhog Day director, Harold Ramis; Murray is "all the Marx Brothers rolled into one: He's got the wit of Groucho, the pantomimic brilliance and lasciviousness of Harpo, and the Everyman quality of Chico".