An accomplished debut from French director Xavier Legrand, Custody is a masterclass in Hitchcockian suspense centred on a child stuck in his parents' broken marriage

Custody film review 4 Custody film review Daniel Lewis
If it ain’t broke, don’t fix it: wise advise, which French director Xavier Legrand has clearly taken to heart in putting together his supremely accomplished feature debut, Custody (original title, Jusqu’à la garde), about a child trapped in the middle of a custody battle. Using the playbook for suspense written by Hitchcock and the like years before, Legrand builds tension, slowly turning the screw until we can’t take any more and things get more serious than we had even imagined. 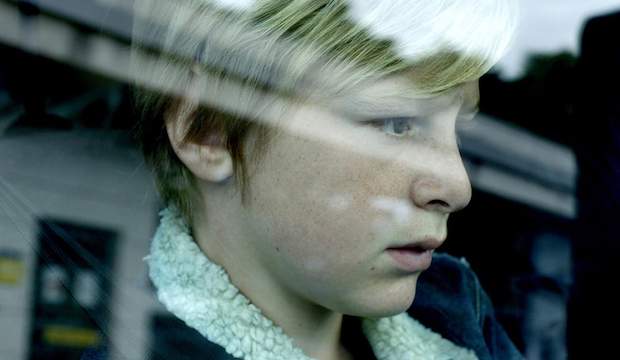 The sense of menacing unease begins from the very start as the separated couple attend a custody hearing. The mother, Miriam (Léa Drucker), washed out, clearly exhausted from similar drawn-out legal battles in similar cold, grey rooms, stares ahead vacantly as the lawyers trawl through balance sheets, medical records and her son’s written statement about his supposedly aggressive father, Antoine.

Played by an imposing Denis Ménochet, Antoine is, of course, the picture of meekness and humility here and manages to win time with the 11-year old Julien (Thomas Gioria) on the weekends, despite the less than glowing reports, including an accusation that he once severely injured his daughter, Joséphine (Mathilde Auneveux), who’s about to turn 18.

We spend the rest of the film weighing up Antoine’s character against this intense opening scene and the character assessment, watching for any indication of whether the man is a victim of petty plotting by an embittered ex-wife or is, in fact, unfit as a father.

It puts us on edge and in the shoes of the child, Julien, who tries his best to keep the couple from ever meeting or speaking. At first, it just looks like the preference of a mummy’s boy but, as the scales tip and the dark family dynamic begins to reveal itself, the necessary vigilance of someone all too used to his father’s patterns of aggression. 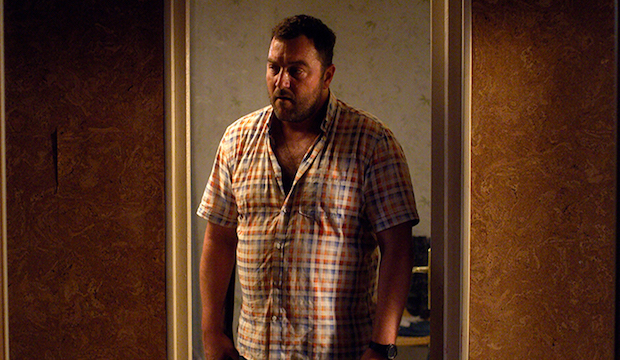 Trying to force his way back into the family, Antoine starts to become a dark presence even in his absence. One striking scene is an extended long shot at the daughter’s eighteenth birthday party where a text stops Joséphine in her tracks. As the music pumps in the background, all we have to go on is the sight of the exchanged looks and whispers, but we know exactly what’s going on and who’s turned up uninvited. Like Joséphine, mirroring her mother’s earlier blank stare of stress/distress for the rest of the night as if glimpsing the film’s (potentially) horrific conclusion, we are gripped by anxiety.

Custody is essentially a fleshing-out of Legrand’s 2013 Oscar-nominated short Just Before Losing Everything. It adds roughly an hour of material to that film but, apart from some slightly unnecessary intrigue about whether Joséphine is really a wild child or not, very little of that goes to waste. Told with real economy, subtlety and sensitivity, Custody displays a new director very much in control and a dab hand at showing how badly other people can lose it.

Why the gay love story is the defining film genre of the 21st Century
Sign up to CW’s newsletter
By entering my email I agree to the CultureWhisper Privacy Policy (we won`t share data & you can unsubscribe anytime).