A long overdue take on the high school romance on the trials and tribulations of coming out, Love, Simon hits the right notes by not reinventing the wheel

Love, Simon film review 4 Love, Simon film review Daniel Lewis
There’s nothing extraordinary about Love, Simon. Or, to put it another way, it’s perfectly ordinary – and that’s perhaps its biggest asset. Up until now, the gay love story, which has only really come into its own in the past few years, has seemed the preserve of the independent film circuit, providing a sideshow to Hollywood’s glossy, more heteronormative fare; an excellent, engrossing, often award-winning sideshow, but a sideshow nonetheless. 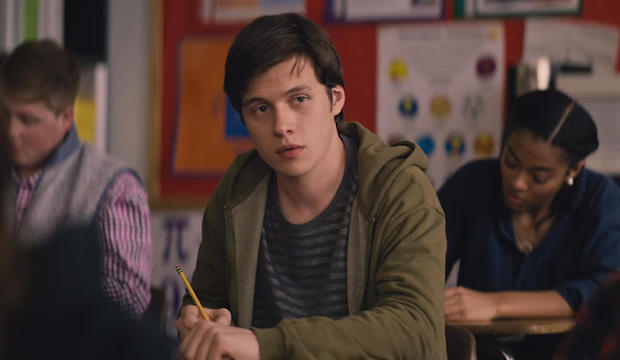 Love, Simon, perhaps the first big studio gay teen romance of its kind, changes that. Directed by Greg Berlanti, a man responsible for a long list of primetime TV dramas, this coming-out coming-of-age comedy-drama ticks all the boxes, presses all the right buttons and confirms that LGBT narratives have come out of the shadows.

Taking centre stage is the titular Simon, a closeted pupil who is just a few weeks away from graduation, played by Nick Robison with boy-next-door reliability. He’s flanked by a pair of liberal and overachieving parents (Josh Duhamel and Jennifer Garner) and a trio of loyal friends (Katherine Langford, Alexandra Shipp and Jorge Lendeborg Jr., all competent) who have secret (straight) affections of their own.

When a fellow student under the pseudonym 'Blue' comes out online, Simon, disguised as 'Jacques', sends him an email, sparking an exchange and the beginnings of a relationship. From then on, he’s on the hunt for the true identity of his mysterious pen pal, as well as ways to keep the emails under wraps when a classmate (Logan Miller) comes across the messages and threatens to release them.

The plot takes turns, clever and silly as you’d expect, and you can count on all your regular high school tropes – including a truly embarrassing vice principal (Tony Hale, at his foolish finest). But there are also some great, original set pieces, such as a sequence on what it might be like to come out as straight. 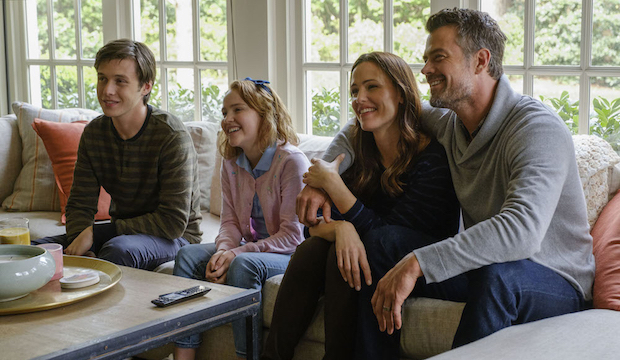 The movie gets another gold star for its competent, and diverse, cast. Natasha Rothwell never misses a beat as the wisecracking drama teacher. Simon’s parents are as loveable as they are loved-up, even if Jennifer Garner’s motherly we-still-love-you-nothing’s-changed-we-understand speech near the end doesn’t quite ring as true as the one in last year’s (perhaps incomparable) Call Me By Your Name.

One thing Love, Simon really can’t deal with is negativity. The school’s online forum is slightly unbelievable in its tame nature and one of the friends’ murky backstory is threadbare at best. But, in its own way, the lack of doom and gloom is refreshing. We know everything will come up smelling like roses in the end, which is a welcome change to the tragic arc which usually hangs over so much LGBT drama, such as the unapologetic and lively 120 BPM (also out in cinemas at the same time).

Light-hearted, well-made, crowd-pleasing, Love, Simon is delight to watch for anyone with an open, or even just ajar, mind.