An adaptation of the successful stage play by Jeremy Dyson (creator of The League of Gentlemen) and Andy Nyman (who often collaborates with illusionist Derren Brown), who also direct the film, Ghost Stories follows a parapsychologist who’s made it his life’s mission to debunk superstitions and myths. 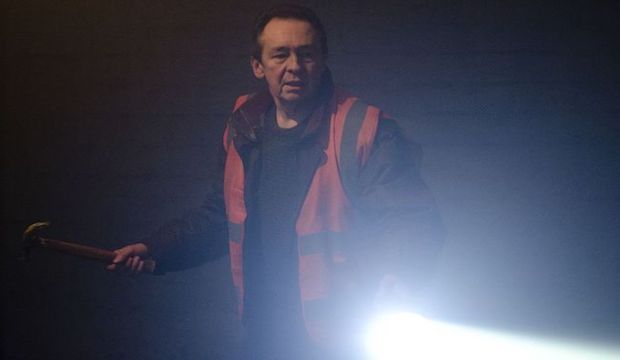 His unbending belief in rationality is pushed to the limit when he’s given three ‘unexplainable’ cases to solve, involving a standoffish nightwatchman (Paul Whitehouse), a jittery teenager (Alex Lawther) and a cocky city worker (Martin Freeman). The investigation begins to shine a light on the skeptic’s own dark past as well.

The usual shiny all-glass modernist houses we’ve become used to are swapped for the more drab and gritty locales of a caravan and the basement of an old factory; lush All-American National Parks thick with foliage and campsites are exchanged for B-roads through our more modest forests and the Gothic backdrop of the Yorkshire moors.

Very British, too, is the strong vein of humour that runs throughout the entire film – some of which takes on a slightly dark and bitter state-of-the-nation feel with xenophobic and antisemitic jibes – which don’t so much deflate but heighten the horror as it lulls you into a false sense of security. 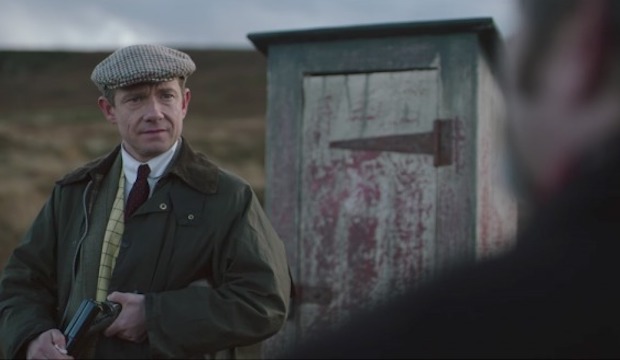 The impeccable performances also put us in safe hands. Lawther channels the teenager-on-the-verge-of-nervous-breakdown vibes that him made so memorable in Black Mirror and indispensable in The End of the F***ing World, while Waterhouse (recently in The Death of Stalin) shows off his comic chops and Freeman does what he does best, turning from cheerful to serious at the drop of a hat.

Ghost Stories does slouch a little towards cliché in the end, running dangerously close to the sort of the conclusions you are warned off in Year Five creative writing classes, but this film is more about the journey than the destination, and it’s a brilliantly bumpy ride while it lasts.