The doors open at 18:30, with DJs playing quality music from 18:45 onwards – meaning you can enjoy your picnic before the film starts at about 9. Our top tip: bring as much cushioning as possible - unfortunately when the stone courtyard was built in 1801, there was little concern for 21st century cinema-goers' bottoms.

This year is a special celebration of the 'Dream life of cinema'; Somerset House will attempt to bring deep, dark, and dazzling visions to life on-screen.

For us, the real big pull in Film4 Summer Screen is, of course, watching superb films in a spectacular outdoor setting. Here are the ones we're most excited about this year:


Christopher Nolan’s visually stunning dream-heist thriller has an all-star cast that includes Leonardo DiCaprio, Tom Hardy, Ellen Page and Cillian Murphy to name but a few. Constantly pushing at what viewers thought was possible on screen – Inception inspired an entire sub-genre of cinema. A film of this magnitude would typically be a directors' ultimate pièce de résistance. Not for Nolan. His absurdly impressive list of credits goes from the tight thriller Memento to the new darker Batman trilogy to the behemoth space epic Interstellar – even dipping his toes in history with Dunkirk. A craftsman of the highest calibre – this is not one to miss.
REBECCA - Sunday 12th August

The Golden Age of Hollywood is represented perfectly by none other than Hitchcock's Rebecca. For many, classic Hollywood represents the ultimate ‘dream factory’. Hitchcock's first American film; a Gothic mystery which won the Oscar for Best Picture of 1940 is the jarring story of twisted love. Laurence Olivier and Joan Fontaine star in this tortured romantic tale, adapted from Daphne Du Maurier’s beloved novel which celebrates its 80th anniversary this year.

A story of forbidden love and powerful yet unspoken feelings, starring Cate Blanchett and Rooney Mara in 1950s New York.
Based on Patricia Highsmith's (writer of the Talented Mr. Ripley series) 1952 novel The Prince of Salt, Carol is an intimate epic – somehow making a deeply interpersonal relationship understandable to anyone.

CALL ME BY YOUR NAME - Monday 20th August

Our original review of Call Me By Your Name stated it was 'ripe for rewatching'. What better place to do just that than in surroundings of comparable beauty to the ones shown in the film. Directed by Luca Guadagnino, Call Me By Your Name is a heady coming-of-age drama about desire with dazzling performances from Timothée Chalamet and Armie Hammer.

Dr. Martin Luther King’s ‘I have a dream…’ speech is one of history’s most famous inspirational public addresses. Commemorating the 50th anniversary of the death of the civil rights leader, Summer Screen presents Ava DuVernay’s beautifully constructed Selma, which chronicles in electrifying fashion the 1965 march for equal voting rights that took demonstrators fifty miles from Selma, Alabama, to the state capital of Montgomery.

Sat 11 Aug: Labyrinth and The Wizard of Oz 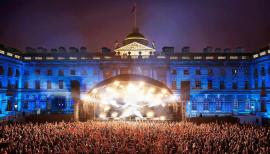 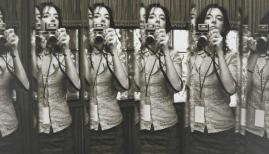 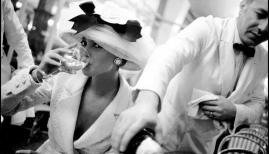