Dunkirk is, amongst other things, an efficient device for giving you anxiety. It's also glorious

Christopher Nolan’s war epic – about the famous coastal evacuation of 1940 – is so relentless and immersive that you literally choke. We defy you to watch it on a big screen and be able to breathe easily. You might also stricken by palpitations, sweats, compulsive coughing, and the many other ways your body registers massive shock.

Yes, Dunkirk delivers all the familiar symptoms of a severe panic attack: hyperventilation, the sort that feels like your throat is stuffed with socks; pins-and-needles in the lips and fingers; twitching eyelids; encroaching darkness at the edge of vision. This is not an exaggeration. At one point we were close to tapping out and staggering to the lobby. It is, at least at the BFI Imax, a bit much.

If Nolan's film were merely loud, though, a barrage of chaotic sound and visuals, it would quickly go from tiring to tiresome. But Dunkirk overwhelmed us with more than sheer noise and light. It was hard to untangle the more delicate feelings from the sustained sensation of dying, but we're pretty sure we witnessed an affecting story about courage and fear, unless our weeping and chuckling (simultaneous) were just signs of induced mania. 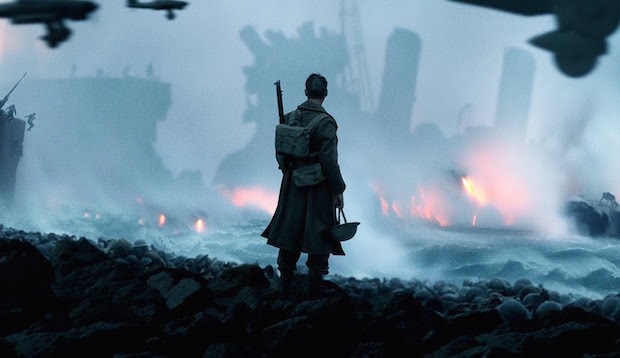 Over the course of his transformation from quirky-thriller merchant to multiplex overlord, Nolan has managed to retain the human element of earlier films like Memento and Insomnia. Even now that he makes the biggest films imaginable, he hasn't lost the ability to go small, to go personal. Consequently, the action has the emotional resonance of drama. Which is just as well: Dunkirk is all action.

In typical Nolan fashion, though, the action isn't straightforward. The narrative consists of three separate strands, all linear but progressing at different speeds. The first (starring newcomer Fionn Whitehead and pop-star heartthrob Harry Styles) is the story of the troops awaiting evacuation on the Dunkirk beaches, and it takes place over a week; the second (starring Mark Rylance and Cillian Murphy) follows one of the plucky rescue boats heading into the hellmouth, and it 'lasts' a day; the third strand, meanwhile, covers only an hour, and stars Tom Hardy as a pilot dogfighting over the Channel.

This triptych is what makes the film so intense ­– as soon as one narrative heads into a natural lull, Nolan switches to another that's just picking up – but it's also what makes it tense. As all three plots start to tie together, they reveal different parts of each others’ timelines, giving glimpses into the future and foreshadowing oncoming disasters. It’s a complex diegetic mechanism designed to give you anxiety. 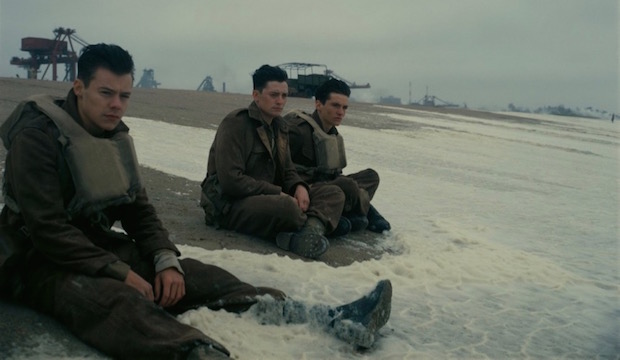 The dialogue is sparse, functional, and at times – thanks to the Imax’s bass-heavy speakers – incomprehensible. But Dunkirk would work without dialogue. In fact, with its swirling crowds, mounting pressure, and mighty set-pieces, it is reminiscent of Sergei Eisenstein’s 1925 silent film Battleship Potemkin. In a way Dunkirk is the noisiest silent film ever made.

It might, on a second calmer viewing, reveal itself to be a dramatically taut film with depth. Or it might be like Alfonso Cuaròn’s Gravity, a rollercoaster ride that doesn’t bear repeating, especially not on a small screen. It might even end up seeming (through bad timing if nothing else) like a retrograde Brexit fantasy full of pluck, Spitfires, and white Dover cliffs. But to watch Dunkirk a second time you’ve got to watch it a first time, and that experience is like nothing else. What you’re drowning in is cinema. 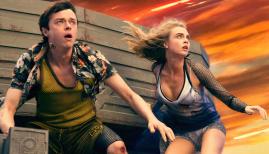 Sofia Coppola's first film predicts the race row around The Beguiled
Sign up to CW’s newsletter
By entering my email I agree to the CultureWhisper Privacy Policy (we won`t share data & you can unsubscribe anytime).
2