Model behaviour: for the release of Valerian and the City of a Thousand Planets starring Cara Delevingne and Dane DeHaan, we round up cinema’s best and worst model-actress crossovers 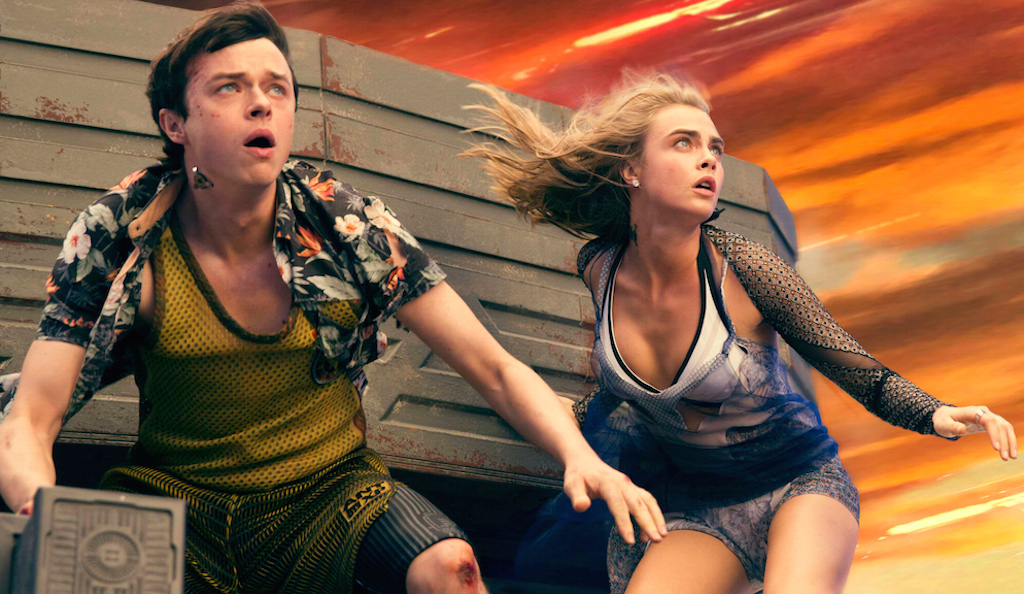 Cara Delevingne and Dane DeHaan in 'Valerian and the City of a Thousand Planets'.
Multitalented mannequins have long blurred the lines between modelling and acting. But which make a crash landing off the runway, and which are more than just a pretty face?

TRY CULTURE WHISPER
Receive free tickets & insider tips to unlock the best of London — direct to your inbox
Read on for the good, the bad, but definitely not the ugly: in time for the release of Valerian and the City of a Thousand Planets starring Cara Delevingne and Dane DeHaan, we round up cinema’s best and worst model-actress crossovers.

As sultry starlet Bridget von Hammersmark in Quentin Tarantino’s Inglorious Basterds (2009), Diane Kruger, well, made her mark. The former model raked in the Best Supporting Actress nominations that year, and has gone on to win Best Actress at Cannes in 2017.

In Tarantino’s wild Weimar ride, she delivers wartime glamour as Nazi Germany’s most famous actress. More importantly, however, she’s a multilingual undercover agent for the Resistance, and is more than just a pretty face. It looks like Kruger and her character have this in common: she reigns in the melodrama, pulling off even this gruesome death scene with restraint and aplomb.

Are those the Chanel boots? No, just Gisele, with the personality of one. While The Devil Wears Prada (2006) is everyone’s favourite film about the fashion world, one has to wonder: did it really call for the gratuitous casting of a model who is clearly not quite a model-actress? While she certainly looks the part, Bündchen, as bespectacled babe Serena, pales next to Emily Blunt’s supreme cattiness – a fact that no amount of eyebrow-raising and wrist-flicking will alter. Following The Devil Wears Prada, Bündchen went on to play herself in Coração Vagabundo (2008) – perhaps a more fail-safe role.

In Malèna (2000), Monica Bellucci plays stony-faced stunner Malèna Scordia, whose husband’s absence in World War II puts her at the mercy of every man in the village and makes her the talk of the town. But Bellucci breaks out of the mould of the village vixen with a surprising depth to her performance. There is a tangible turmoil under the surface that emerges in Malèna’s mute frustration when six men rush to light her cigarette, and in a ‘buon giorno’ to the town’s malicious women that is almost a growl. This is a cracking crossover.

This one’s niche – but it deserves to be on record in any evaluation of Agyness Deyn on the silver screen. Fashion’s one-time wild child made her acting debut in 2010 with Mean to Me, an art house short with a run-time of only 20 minutes (mercifully). Playing a raven-haired 1930s siren, she sashays across the room in a dingy apartment – with a good deal more expertise in evidence in her runway walk than in her limp performance. Even the film’s flawless noir aesthetics can’t save her sing-song, pseudo-seductive delivery.

Serial killer and serial success: Charlize Theron racked up no fewer than four awards for her performance in Monster (2003), in which she played Aileen Wuornos, a Florida murderess who killed seven men between 1989 and 1990. Though she travelled Europe as a model at the tender age of sixteen, Theron is one model-actress we’re glad didn’t get lost in the look book. In Monster, she transformed into the rugged and deeply disturbed Wuornos partly with the help of prosthetics, but also through her perturbing performance – equal parts mania, malice and vulnerability.

Mad Max: Fury Road, 2015’s biggest special-effects extravaganza, bucked the enduring trend of boring sci-fi prequels and sequels. Still, while action and explosions were abundant, some of the effort might have gone into casting. Rosie Huntington-Whitely, as the favourite wife of villain Immortan Joe, delivers furrowed brows, gasps, glowers, and not much more. And it’s a shame. The film has a feminist message, criticising Joe’s dominance over his wives. But casting a bevy of beauties who act as marketable eye candy, without giving them anything to say or ensuring sufficient acting talent to say it well, does the women of the film no favours.

In La Dolce Vita (1960), Anita Ekberg is eye candy done right: wacky, overstated, and slightly ironic. The blonde goddess coos, murmurs, dives into the famous Fontana di Trevi, and wears a kitten as a hat. She may be the archetypal manic pixie dream girl, but she is nevertheless as entertaining as she is inviting. The actress’s journey to the big screen is as colourful as her character: born in a Swedish town, she became a finalist in the 1951 Miss Universe pageant without speaking a word of English, earning a starlet’s contract with Universal Studios (where she spent most of her time horseriding in the Hollywood Hills).

Cue the high-waisted bikini bottoms and slow-mo running. Baywatch is hardly haute cinéma, but it has two things going for it: firstly, how hilariously badly it has aged, and secondly, polymath Playmate Pamela Anderson. Delivering such immortal lines as ‘Simon, I can’t come to Hawaii with you’, Anderson is memorable mainly for being a caricature of herself. Blonde, buxom and with the highest hip cut-outs this side of the Pacific Coast, she all but created the sub-category of the Playmate-actress, blazing a trail for Anna Nicole Smith and many more to come.

Liked Mad Max, but wish it was even more bombastic? You’ll probably enjoy the Resident Evil films, which also offer a more engaging model-actress lead: Ukrainian beauty Milla Jovovich. The quintessential covergirl for Elle, Cosmo and Vogue in the late 1990s, Jovovich has been described by Gianni Versace as his ‘favourite supermodel’. It’s not every day such a supermodel secures an action franchise. In Resident Evil, Jovovich is everything a female action lead should be: ruthless, badass, and capable of performing improbable feats (like killing hundreds of zombies by leading them off a cliff and blowing them up mid-air) with complete impassivity.

We come to Cara Delevingne herself. Valerian and the City of a Thousand Planets won’t be her first starring role: Delevingne played one half of another dynamic girl-boy duo in Paper Towns (2015), an adaptation of John Green’s teen fiction favourite. Reviews were mixed. With her fabled eyebrows and cherubic good looks, Cara convinces visually as teen dream Margo Roth Spiegelman – but her interpretation of the character, supposedly a reckless neighbourhood vigilante who captures the heart of young Quentin, is a little flat in practice. Is this a taste of what’s to come in her next major film – or can we expect better?