The Beguiled is that strange thing: a Civil War movie with exclusively white characters. But that's just because it's a Sofia Coppola film 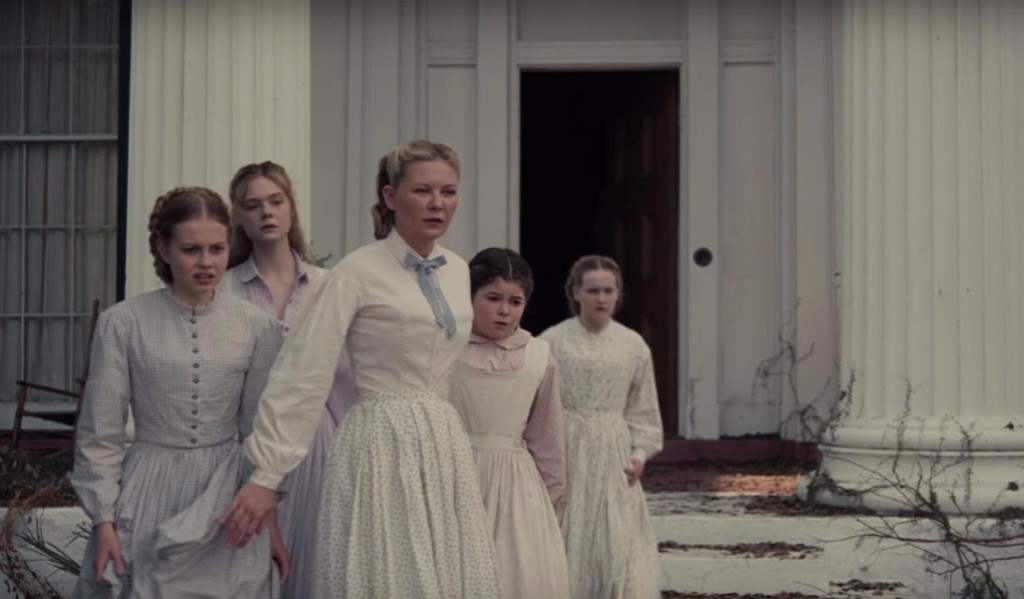 The Beguiled - Sofia Coppola
It's difficult, being a director. If your films all start to resemble each other, then you're accused of self-karaoke; critics pick on you for re-using plots that they praised in the past, and describe as derivative the stylistic hallmarks that you invented (or at least finessed).

If, however, your films all diverge widely in tone and subject matter, then you're accused of having no voice or cohesive vision; the taste-makers can't pin you down, and your industry identity is compromised. Yes – aside from the fact that you get to make movies for a living, being a director is tough.

Sofia Coppola is one of those directors with an oeuvre more consistent than variable. With the exception of her novelty Netflix number A Very Murray Christmas (2015), her films dig deeper into pet themes that are present in her first ever film, a black-and-white 14-minute short called Lick the Star (1998).

This brief and monochromatic debut plays like a boiled-down version of Coppola's later work, foreshadowing key elements of subsequent films so succinctly that it feels like a digest or summation rather than a seed of things to come. Intriguingly, it also predicts the controversy surrounding Coppola's latest release, The Beguiled, a Civil War-set film that features no black characters.

Lick the Shadow is presented from the perspective of Kate, a teenager returning to school after having broken her leg. Kate is a little apprehensive about how her reputation suffered in her absence. But while some students might fall in and out of favour, it's clear that queen-bee Chloe is still in charge. Lipsticked and heavily mascaraed, Chloe looks like a woman surrounded by girls, and her authority among the school's female contingent is absolute.

The boys are less respectful, however. One of them even flips up Chloe's skirt and snidely comments on her Little Mermaid underwear. In response to such behaviour, Chloe and her cohorts come up with 'Lick the Star' (backwards, sort of: 'Kill the Rats'), a revenge scheme that involves subduing their male enemies with low doses of arsenic. The plan is discovered, and Chloe – finding herself on the receiving end of gossip – attempts suicide.

This attempt is the most overt connection between Lick the Star and Coppola's later work, with school girls killing themselves left right and centre in The Virgin Suicides. Lick the Star also paints a scene of weatherless Californian ennui that serves as an emotional backdrop to many Coppola films, a sense of isolation that can be imperfectly kept at by through membership of a clique. The worst tendencies of these cliques are exacerbated by the presence of men.

Young women, alone or as a collective, are obviously Coppola's specialty. It's also obvious that these women are almost exclusively white and wealthy. How this exclusivity managed to make it into The Beguiled can be partly explained by Lick the Star.

The gossip that causes queen-bee Chloe's downfall isn't limited to jibes about her poison plot. On the school bus, Chloe remarks that she and her friend Nadine – who is black – wouldn't have been friends during the Civil War. After a case of Chinese whispers, the student body decides that Chloe wants Nadine to be a slave. Condemnation ensues. Nadine swallows some pills and takes a bath.

Well-intentioned but clumsy and out of her depth, the otherwise unflappable Chloe is felled by the subject of race, not savvy or sensitive enough to navigate it properly. Lick the Star depicts misguided race-relations discourse as the worst possible crime, worse even than attempted poisoning, best avoided entirely. Coppola has admitted to adopting this strategy of avoidance herself with The Beguiled, fearing a mortifying and patronising tokenism.

You can see why she didn't imagine The Beguiled would be found guilty of whitewashing. If you disregard the injustice it does its historical context, it makes for a thrilling and hilarious watch, and Coppola has been lauded for similar films that dwell on similar themes. Presumably, she thought she could make another without complaint.

She couldn't. Not quite. The Beguiled is set in the dark heart of white American privilege, and her attempt to distance her foot from her mouth looks like terrible squeamishness. If you want to avoid the subject of race, her critics say, don't make a film set in Virginia in 1864.

Sofia Coppola has heeded the caution of Lick the Star too fearfully. The result is that The Beguiled will be remembered as her most blinkered film as well as one of her best.