A revenge story of cosmic proportions from visionary director Panos Cosmatos featuring a career-defining performance from Nicolas Cage, Mandy has us holding on to our seat

It’s probably best to begin by asking a favour. If you go to see Mandy, which you definitely should, please don’t leave before the halfway point. There were a few people who walked out in our screening and we can’t help but feel very sorry for them because they missed out on some of the most entertaining, ridiculous and fearless movie moments of the last few years.

What actually happens in the first hour that’s so maddening? Well, not much and, at the same time, everything. Red, a forester (Nicolas Cage), and the titular Mandy, an illustrator (Andrea Riseborough), live in the shadow of California’s Shadow Mountains, madly in love in a sort of eerie Eden. Their little world is quietly, then very loudly, invaded by a drugged up quasi-Christian cult formed by psychotic failed psychedelic musician Jeremiah Sand (Linus Roache) who orders his gormless goons to abduct her and who then kills her when she refuses his perverse advances directly in front of the semi-crucified Red.

Director Panos Cosmatos picks up where his debut, Beyond the Black Rainbow, left off by letting his scenes roll at an excruciatingly slow pace. The first act is taken up by the couple’s intimate chats about galaxies and childhood trauma, the group’s zonked out plotting, its summoning of superhuman kidnappers – a trio of monstrous ironclad bikers who look like a mix between Hell’s Angels, Hellboy and Kiss – and the killing. With a liberal use of slo-mo, it feels as gratuitous as all the violence doled out on screen and almost verges on torture for the audience. 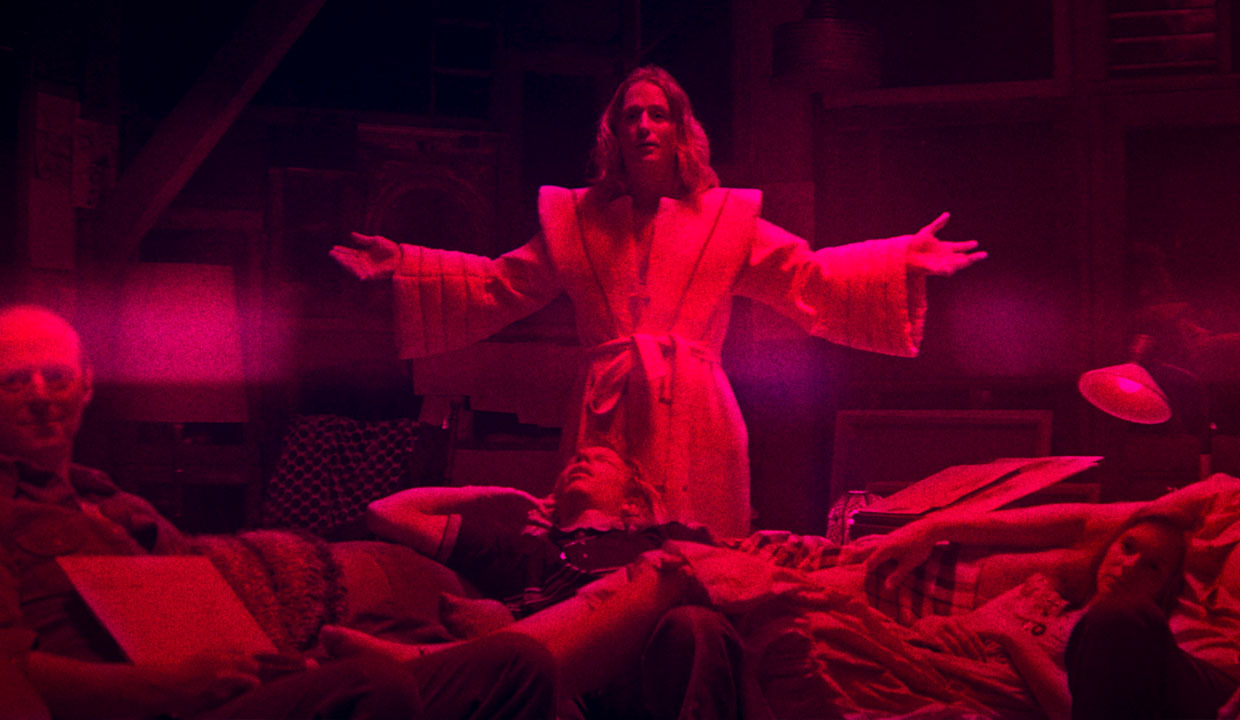 A psychedelic, psychotic cult is enough to invigorate your weekend in Mandy

But it’s all this stretching out on the rack that makes a glorious setup for a second half best described as, simply, wild. Red releases himself from captivity, riles himself up and gets ready for revenge which he deals out generously. If the first half felt like being forcibly held down underwater, the second leaves you holding onto your seat to brace yourself in a world that’s spinning out of control. Cage himself also has a great time letting go, putting in a great piece of overacting which shamelessly lampoons his own status as an action-thriller icon.

This lurch from the dubiously sublime to the outright ridiculous is reminiscent (and this is said without irony) of Shakespeare’s most madcap creation, Titus Andronicus, which also revels in the silliness of limitless violence. But a throwback to classical tragedy is only one of the joys of Mandy. Another is being let in briefly (mercifully) into Cosmatos’ very distinctive psycho horror universe, where foresters forge mythological weapons, chemists keep tigers for pets, the night-sky morphs into tie-dye patterns and things get drenched the director’s favourite, trademark red. Yet another joy is the soundtrack, the last score of the late Jóhann Jóhannson, which so infuses the film that it plays out like a music video of prog-rocking acid-tripping dreams.

Does that seem too much to handle? To be honest, it probably is, but it’s a burden worth carrying. Mandy is, at its core, a resurrection story and is, in the end, in its own unusual way, uplifting. Trust us: good things come to those who wait. 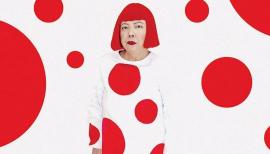