2 CW readers are interested
Kusama - Infinity film review 4 Kusama - Infinity film review Ella Kemp
How do you begin to distill the life and career of an artist who is obsessed with the idea of infinity? Yayoi Kusama is currently the top-selling artist in the world, for good reason. From Japan to New York and now adored all over the world, her art transcends definition and enters a league of its own. 'I convert the energy of love into dots of the universe', she says at the beginning of brand new documentary Kusama - Infinity.

The film gives an insight on Kusama's life in all of its sprawling, inspiring glory. Director Heather Lenz hits every beat, from the artist's traumatic childhood, coloured by the tragedy of the Second World War and a difficult family life, all the way to her worldwide influence by way of a revolutionary period in 1950s New York.

The exhaustive approach invites interviews from people who know Kusama, some better than others, explaining what they know about her life and work. The quality varies, with insightful facts from a former best friend, mixed in with more academic analyses from art curators and dealers explaining why they went dotty for the artist. A Wikipedia-style voiceover gives information about Yayoi's childhood, and the narrator constantly jumps throughout the film without relying on one sole storyteller. 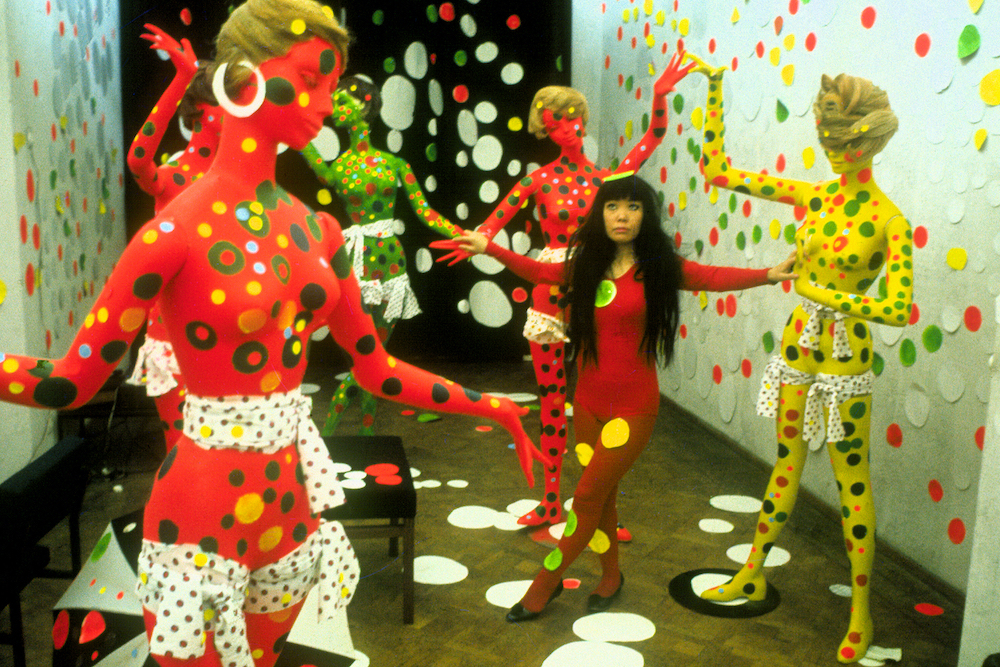 When given control, Kusama is incredibly articulate. A revolutionary visual artist and passionate activist, she's also a master of words with an awareness of her own existence and a great sense of humour too. 'I just kept trying to make my own world', she explains. When hearing the person behind the designs, it's refreshing to get a grasp of how she vocalises it when the world finally decides to listen.

As well as an oral history of the art installations that fascinate fans and collectors everywhere, Infinity, like most documentaries about iconic figures in pop culture, delves into Kusama's personal life. What could feel intrusive ultimately ends up having an honourable amount of honesty, because it comes from the woman herself. On her platonic but passionate relationship with avant-garde filmmaker Joseph Cornell, she explains: 'I was cute and lovely and always dressed nice, so I stood out'.

Watching Infinity is an experience that stands out, too. When dealing with an artist whose work now dominates social media more than any other in the world, it would be easy to be satisfied with the infinite intricacy of her designs without spending time questioning the person who made them. But Yayoi Kusama speaks openly about her obsessive compulsive neurosis, about her fear of sex and her fascination with nudity.

There's no taboo because her ideas overflow. Trauma is part of Kusama's world, a suicide attempt is what led her to art therapy and the most successful era of her life, in what she calls 'the last stage'. 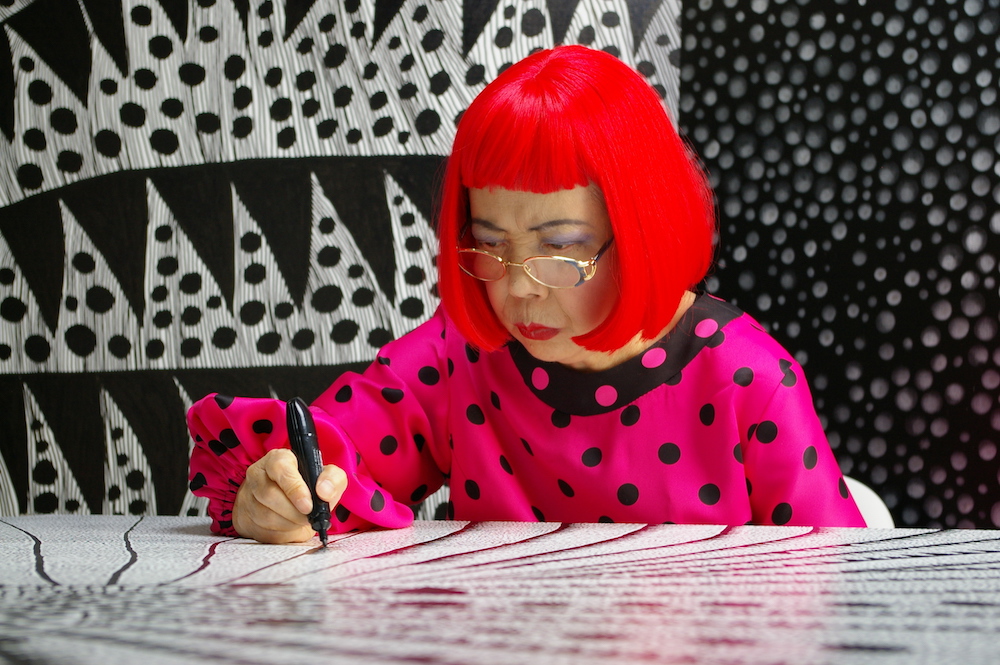 Half a century since she first went to New York, everyone knows Yayoi Kusama's name. The hometown that once rejected her, Matsumoto in Japan, now proudly shows her art to budding students with a true hero's welcome.

She officiated the first gay marriage in the United States, created the first Infinity Room in 1965 in New York and influenced a breadth of successful artists around her, from Andy Warhol to Claes Oldenburg, from the very beginning. She was one of the first women to gain respect, after a long battle, in an industry – then, and still now – dominated by men.

In light of the exhibition at Victoria Miro, Infinity is an essential watch in order to understand why Yayoi Kusama's art matters, and how the person behind the dots is inspirational beyond the finite reach of our own individual universes. Making art against war, in the assertion that love and hope can last forever – she's been called an original painter but also a scandal queen, a scary woman. Today, she's nothing short of an idol.