With Gossip Girl and Pitch Perfect behind them, Anna Kendrick and Blake Lively team up in Bridesmaids director Paul Feig's juicy thriller

1 CW reader is interested
A Simple Favour film review 3 A Simple Favour film review Ella Kemp
A favour of a seemingly simple nature is the beginning of the scandal at the core of Bridesmaids director Paul Feig’s new film. When mommy blogger Stephanie Smothers (Anna Kendrick) meets the mysteriously beautiful mother of her son’s best friend, Emily Nelson (Blake Lively), no errand is too big in the name of friendship. What starts as a cute comedy soon becomes a juicier, more dangerous romp sure to liven up any parent’s daily grind.

The days of Gossip Girl and Pitch Perfect are long gone for the impossibly charming co-stars, but the sugary peppiness does remain. At first, Kendrick plays a fairly conventional girl-next-door with a busy life and awkward mannerisms, which contrasts with Lively’s smouldering incisiveness almost too well. In need of a friend and a strong martini, Stephanie relishes the opportunity to take a glimpse at Emily’s glamorous life: her gorgeous home and her husband Sean (Henry Golding) who also looks quite nice.

When Emily goes missing, Stephanie's loyalty and busybody mothering skills kick in. She hopes and feels there must be something deeper going on, and begins the greatest investigation of her life, stepping just for a moment in Stephanie's shoes. 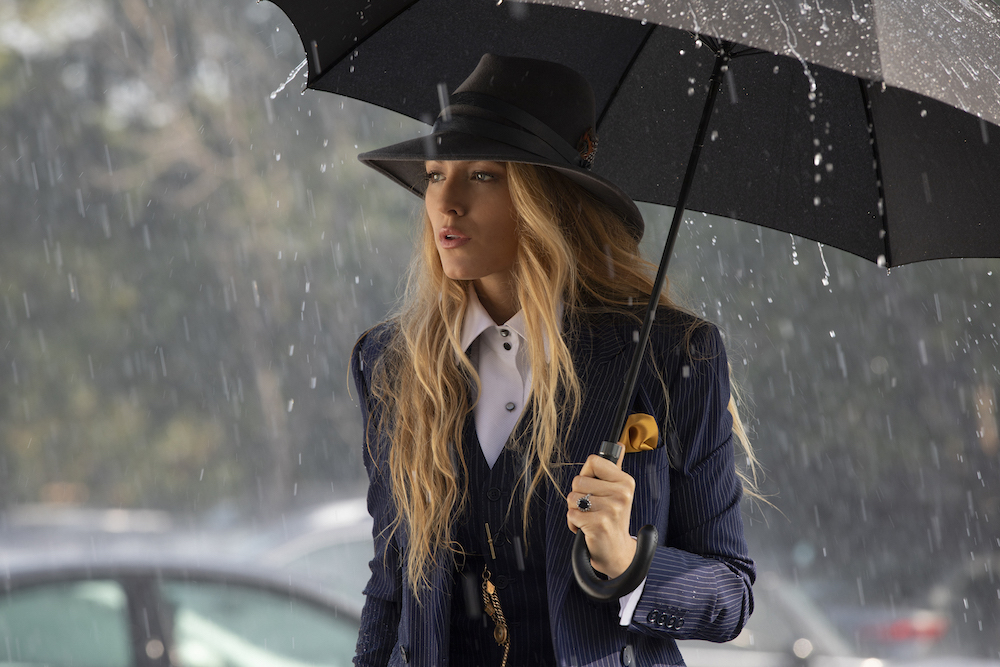 Whatever you think you know about A Simple Favour – think again. The meek advertising hides a clever world of chaos, complete with serious danger, drugs, kitsch family drama and a whole lot of bad marriage decisions. The film ramps up its safe premise with relentless entertainment that deserves some kind of late-night secret screening, bravely packing a punch without ever losing any sartorial flair.

Although the film is much more of a thriller than Feig’s previous offerings, there are no fewer laughs. The likability that underlies down Kristen Wiig’s Annie Walker in Bridesmaids or Melissa McCarthy as Susan Cooper in Spy is ever present, as Kendrick carries the film with resilience and intermittent self-aware humour. When Emily disappears, her allure becomes all the more enticing: like Gone Girl meets The Great Gatsby with just a hint of Gossip Girl high fashion thrown in for good measure, Lively has never been better as the woman of every hour, on a wild mission of her own.

A Simple Favour works because it holds a knowing grip on its ridiculous unfolding. No one was expecting or still really needs another thriller following such a template, but with such subversion and bold personality, it ends up feeling like a welcome treat. Never compromising performance over any of the many shocking plot twists, there's plenty to be enjoyed, as long as you're sufficiently prepared for such a wild ride.