In If Beale Street Could Talk director Barry Jenkins addresses the audience directly and invites them to feel an all-encompassing love.

Jenkins' previous film, Moonlight, saw one boy grow up over three different chapters in his life. Beale Street is more mature, sharing and sustaining a longing gaze between its protagonists. Tish and Fonny are in love, but there’s a lot that is trying to ruin this.

Based on James Baldwin’s acclaimed novel, Beale Street meets Tish (KiKi Layne) and Fonny (Stephan James) at a crossroads. The childhood friends are deeply in love, now adults. But Fonny is in prison for a crime he didn’t commit, and Tish is pregnant with their baby.

The film flits between their past and present: the honeymoon glow of earlier times together, infringed upon by conversations of muted passion behind glass. By no means a checklist narrative about fighting against oppression, the film offers a passionate arrangement of moments and movements, framed by adversity but not dictated by it. 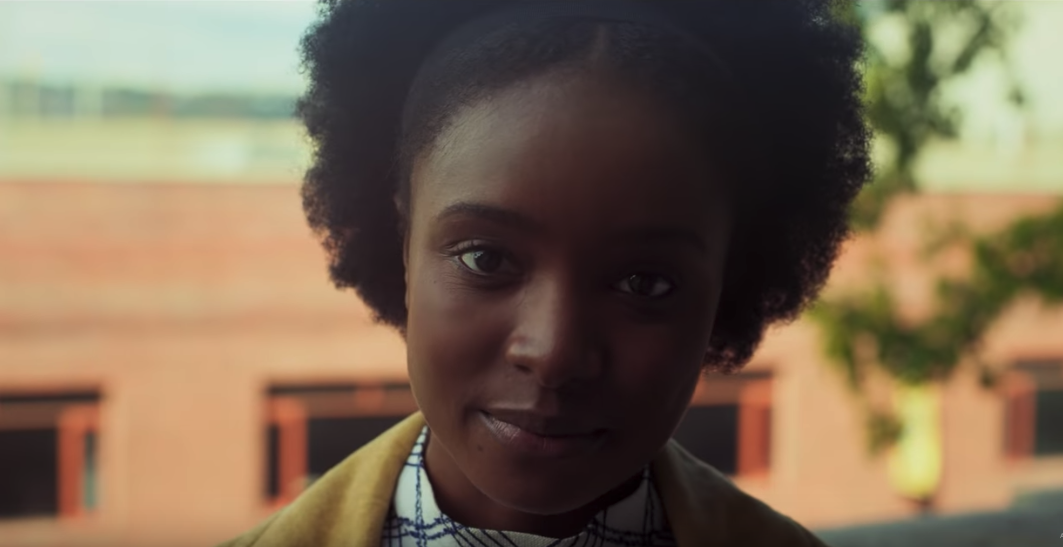 Rose-tinted glasses don’t stop Jenkins from seeing injustice; his heart is worn by a heavy history of institutional racism. Black and white photographs break up the sentimental scenes, while Baldwin’s chilling words give Fonny’s friend Daniel (Brian Tyree Henry) a heart-stopping moment in which he solemnly describes the ugly truth about life behind bars. Beale Street tells a love story undercut with a need for survival, the need to believe in something better than the hardships that the world tries to normalise.

Through artful direction, Jenkins presents hope and sadness hand in hand. By focusing on the intricacies of facial expressions, Jenkins designs meticulous portraits that capture the fragility of intense feelings. He chooses to match and oppose colours as a metaphor for relationships: the hues of a sweater on a washing line wink at a used cigarette packet on the kitchen table, with shades of green bouncing around Tish's home, while a yellow light accents shoulder muscles and glint of Fonny's smile.

Considering the intensity of Baldwin’s words, it would be easy to opt for limpid storytelling but Jenkins handles the narrative with great care. Nicholas Britell follows up the music he composed for Moonlight with another mesmeric theme; a moving score that speaks of desperate sadness and bursting love with every new beat.

It's hard to believe that this is KiKi Layne’s first major role, as her chemistry with Stephan James is effortless. There are no concessions in the way she offers her words, and she holds a gaze like it’s the heaviest, most important object in the world. As her mother, Sharon, Regina King matches Tish's indomitable love with earnest devotion – to her daughter, to her unborn grandchild, to her son-in-law.

Even when Tish and Fonny let go of each other’s hands or look away, the love in Beale Street rolls off the screen in waves. A kiss burns a hole in your mind, and fills your insides with butterflies long after you’re alone again. James Baldwin and Barry Jenkins have put their trust in love on the line and we feel lucky to share it, even if only for a little while.