Based on Meg Wolitzer's novel, The Wife focuses on Joan Castelman (Glenn Close) as she travels with her husband who is set to receive the Nobel Prize in Literature

1 CW reader is interested
The Wife film review 4 The Wife film review Ella Kemp
When Joe Castelman (Jonathan Pryce) receives a phone call about winning the Nobel Prize in Literature, his wife Joan (Glenn Close) is listening in as it happens. He can't quite believe it, and she is emotional – with pride, it seems. They jump up and down on their bed like kids to celebrate.

Based on Meg Wolitzer's novel of the same name, The Wife focuses on the lead-up to the Nobel Prize ceremony for Joe and Joan. Receiving congratulations from friends and colleagues, Joe always has Joan by his side and she is the first person he thanks and holds on to. There's a comedic vein to the pair's relationship as onlookers instinctively leave Joan in the shadows. After all, Joe won. She's just his wife.

Wolitzer's clever storyline acknowledges traditional prejudices whilst skilfully challenging them, crafting a critique of gender stereotyping and creative discrepancies under the guise of an 'ordinary' marriage. From Joe's disrespect for his first wife to the ease with which he falls into loving someone else, the story gives nuance to the injustice portrayed, leavings to consider each individual's emotional sensitivities in our own evaluations. 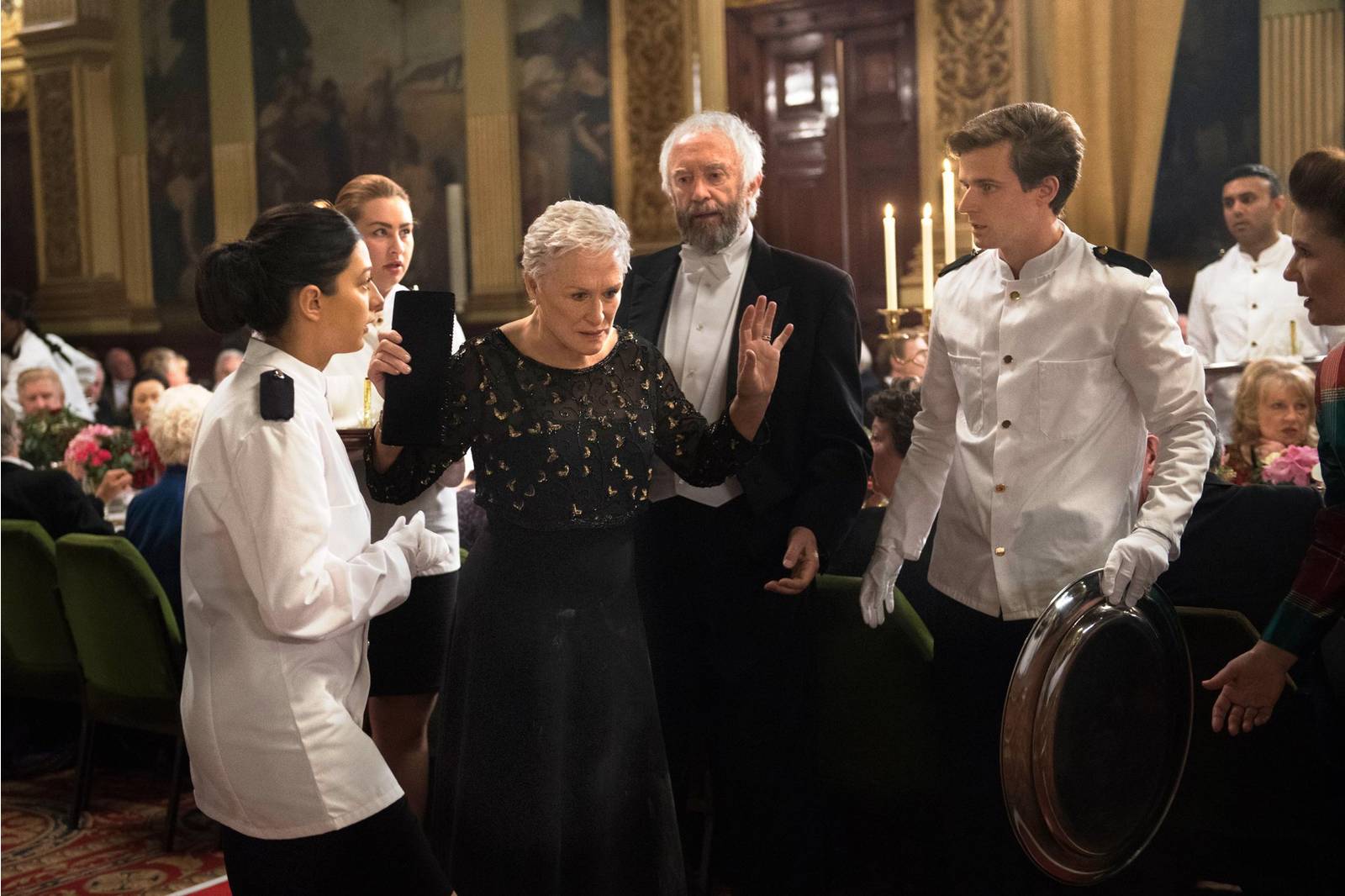 As Joan, Close delivers a career-best performance. It's a transformative role which blooms into something truly mesmeric, as the patient loyalty that characterises her early behaviour soon gives way to something more powerful and undeniable. A woman scorned, she is a quiet revolution, both with and without words.

She's in good company, too. Jonathan Pryce is surprisingly nuanced as Joe: at once pathetic and dangerous, he is the man with all the fame but also a lot to answer for. Following them are two men tackling early mid-life crises in different ways; the young Castelman son, David (Max Irons) is also a writer, and a characteristically snappy and insecure one at that. Nathaniel Bone (Christian Slater) lingers around the family, waiting to snatch the headline for an unforgiving biography which could threaten the Castelmans' professional and personal integrity.

Pride is the glue keeping Joan and Joe's marriage together. The promise of a bigger reward and greater success was what brought them together in the first place, and the flashbacks which chronicle the seductive early days hint at the dangers to come. It's what makes The Wife so compelling: there's an undercurrent of jealousy and emotional abuse, spotlighting the way that we allow ourselves to be treated in the name of love.

A film that spans a lifetime with no real happy ending runs a risk of losing intrigue. But with such an assured lead performance that gives a compelling account of the fallacies that mar our proudest achievements, Glenn Close leads the film to great heights. With a lucid delivery in just one line, Joan teaches us the most tragically entertaining lesson of all: 'there's nothing more dangerous than a writer whose feelings have been hurt'.