The House with a Clock in its Walls film review ★★★★★

Based on the 1973 novel, Eli Roth adapts John Bellairs' story about magic in the bricks of a creaky old home

A lot of things are surprising about this tale of magic and wonder. Why is Cabin Fever director Eli Roth at the helm of such a non-body horror? Why is the titular clock never seen within, but always heard from underneath? Is Sunny Suljic feeling well? What in the world did anyone do to convince Cate Blanchett to join this project?

One element that seems, somehow, safer than most, is Jack Black. Channelling hardcore School of Rock energy, Black is settling into his persona as that weird uncle, adding to his repertoire of kooky characters following his appearances in Goosebumps and the latest Jumanji reboot. He carries the film with a bizarre but brilliant eccentric streak as Jonathan Barnavelt, a magical warlock who also happens to be the uncle and now guardian of introverted 10-year-old Lewis (Owen Vaccaro).

Lewis is a shy kid. At a loss without his parents, he has no choice but to adapt to Jonathan's lifestyle and all of the unusual elements that come with it. All the magic in the world can't make him much better at making friends, and it's not always a sufficiently entertaining ordeal to watch. 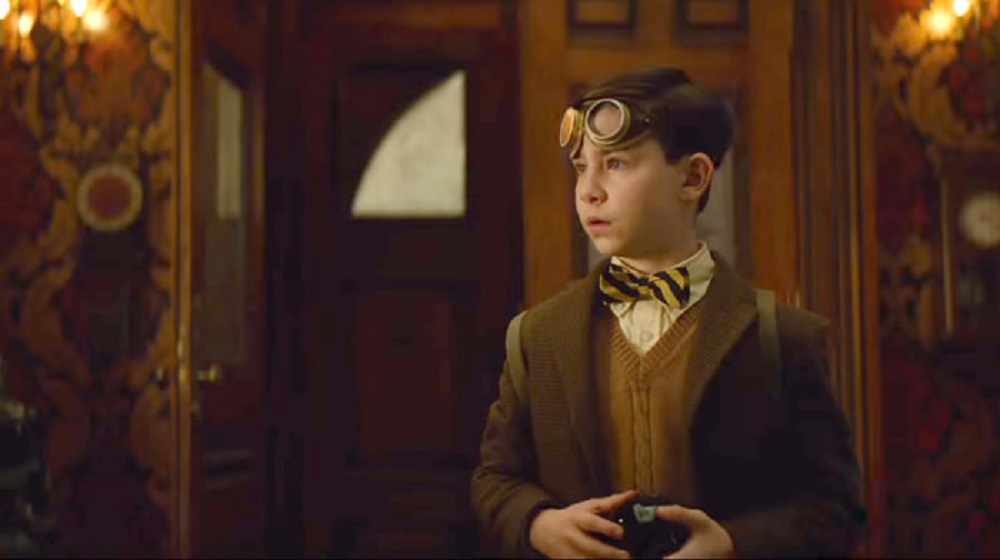 Unfortunately, the plot itself is messy. A sinister warlock (a made-up, now very old Kyle MacLachlan) cursed the house with a clock (that's right) which ticks (it does) as some kind of countdown to the end of the world. Together, the mismatched family must summon their greatest powers and courage to set the world straight before the dead come back to finish their business.

But it doesn't feel like the intrigue thrives or generates much suspense, as warring elements and uneven emotions prevent The House with a Clock in Its Walls from standing out as a transformative or really innovative fantasy. It's reliably engaging thanks to a mostly terrific cast (despite Killing of a Sacred Deer, breakout star Sunny Suljic outshines Vaccaro by a mile) and the solid foundations of the mystery novel at its heart.

Fans of the stars, of the story or of the genre are rewarded in the safety of the bizarre. If one makes the conscious choice to resign to the predictability of magic and harmless farce, it's a foolproof success.