TRY CULTURE WHISPER
Receive free tickets & insider tips to unlock the best of London — direct to your inbox
The film is enticing at first – a doctor who’s desperate to enter the upper-classes, an RAF veteran (Will Poulter) who says the house is evil, the other daughter (Ruth Wilson) who’s restless because of her current closed-off existence. The opening scenes are like a classic BBC ghost story: driving up to a spiky black gate, through a gloomy forest, before finally arriving at an estate that’s a phantom of its former glory. 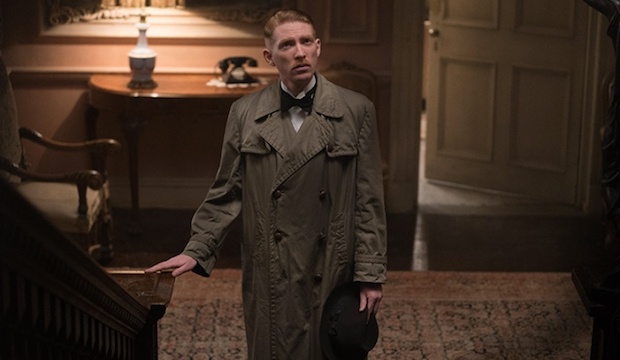 But there’s nowhere to go. Screenwriter Lucinda Coxon builds and builds and builds (Ole Bratt Birkeland’s camera catching every opportunity for a shot of Gleeson looking glum) with the first paranormal occurence happening around 40 minutes into the film. A slow pace is good for a ghost story, but it’s too much for a finale with no payoff.

The Little Stranger is not a horror film, nor a ghost story, nor is there much to be scared of – it’s a period piece that’s as empty as the house it’s based in. It’s nice to see director Lenny Abrahamson (Frank, Room) tackle something different, even experimental, but the result feels like three hours instead of two.