5 CW readers are interested
First Man film review 4 First Man film review Ella Kemp
Most of us haven’t been to space – but we’ve sure seen a lot of films about it. In the last decade alone, you’d need far more than both hands to count the number of star-studded epics that take a leap into the unknown, trusting viewers to relate to complicated equations and alien protocols with the trustful understanding that there’s a whole other world out there. In First Man, there’s a class called 'Basic Rocket Physics', which gets a deserving chuckle. It’s within reach, trust is essential, but dreams have still never been bigger.

The idea of dreaming big is maybe the most familiar thing about Damien Chazelle. Off the back of Whiplash, a nerve-racking quest of musical perfection and then La La Land, the wide-eyed romance about the impossibility of stardom and love, the young director now takes on what might be the biggest dream in the history of mankind – the first trip to the moon.

To be in the slightest bit believable or entertaining, First Man had to be different. It’s both a biopic and a space movie, void of the dry stiffness that can characterise the former, and the inaccessible CGI artifice that can alienate the latter. Chronicling Neil Armstrong’s life by focusing more on the years leading up to his flight and the people around him, the film is human on an enormous scale. The space mission might define mankind, but it’s not the only thing that defines this man. 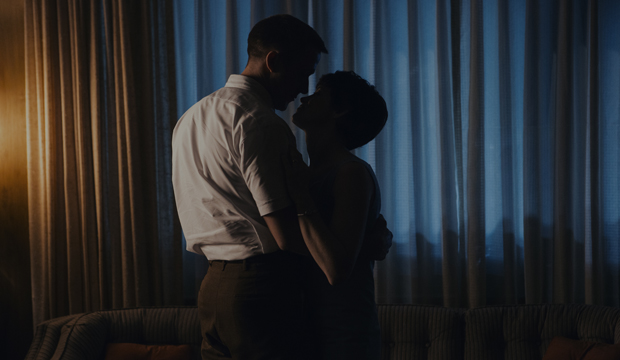 Death is etched into Armstrong’s daily life. It’s part of the job, asking 'who was it' with each new phone call revealing a tragedy like it’s only a matter of time. His inability to communicate his feelings is terrifically involving, thanks to a rich empathy from Ryan Gosling as the astronaut who changed everything. There’s a rare instance of explicit emotional vulnerability in which the actor truly excels – offering the most impactful scene before anyone’s even talked about leaving the planet – before then reigning it in with a subtly heartbreaking performance throughout.

His wife, Janet (Claire Foy), is an important anchor. She’s there to keep the family together, but also to provide the reason and empathy that the boys club of every space mission is lacking. Foy’s performance offers patience and admirable strength, never eclipsing what’s at stake while remaining within view to secure a life worth fighting for.

It would be rude to neglect Chazelle’s aesthetic ambition, with a reliably outstanding vision of what the other side sounds and looks like. Explaining the appeal of space travel, Armstrong says that 'it allows us to see things we haven’t seen until now, but should have been able to a long time ago'. When watching First Man, this checks out.

Friend and composer Justin Hurwitz exceeds expectations with a score as uplifting as Disney’s best fairytale. It’s different to the claustrophobic whir, a conventional cacophony of white noise that can epitomise the genre. Plucked chords flirt across a scale to inject some playfulness and breathing space into what could have been a suffocating drama, and strings swell with fantasy at the climactic landing.

With a shaky, grainy camera, the film invites the viewer back to the time and place of uncertainty and nostalgic optimism. Within the cabin or by the side of a lake, Armstrong’s experience feels so much closer than the size of the responsibility he had. It’s only with Chazelle’s wide-eyed romanticism that such an unattainable feat could achieve such humanity.