Directorial debut from Rupert Everett, The Happy Prince is a heartfelt account of Oscar Wilde's final years in Europe that just holds itself together. Colin Firth and Emily Watson feature.

Following his release from a roughly two-year imprisonment for homosexuality in 1897, Wilde exiled himself to Paris surviving off the charity of old fans, admirers and strangers. He passed his time indulging in the usual decadent antics – swigging absinthe, frequenting raucous clubs, cavorting with swarthy and sinewy young men – but the black cloud of that criminal record hung over every jolly and jaunt. Wilde would last a meagre three years before giving up the ghost at just 46. 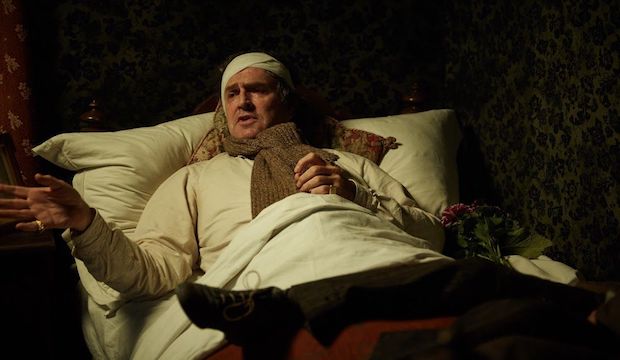 Written and directed by Rupert Everett, who also plays Wilde, The Happy Prince tells the story of these final years with a sort of lax, improvisatory style which tries its best to wring the dregs of sun-dappled joy from this sad decline, but it ends up feeling like the cinematic equivalent of a drunken man’s ramblings: entertaining and occasionally absorbing but largely incoherent and, essentially, sad.

Trying their damnedest to disperse the gloom is a coterie of devotees – fellow author and aesthete Reggie Turner (Colin Firth), sometime lover and literary executor Robbie Ross (Edwin Thomas) and, eventually, a teenage prostitute (Benjamin Voisin) whose younger brother who cannot get enough of the funny old English man’s fairy tales. Wilde’s wife, Constance Lloyd (Emily Watson), also attempts to keep the writer afloat from afar while looking after their sons back in Britain.

They all fail to save Wilde from a spectacularly ill-advised and doomed reunion with Lord Alfred Douglas (Colin Morgan), the lover whose mother helped put Wilde behind bars and who sends him on the road to ruin for a second time – via the Amalfi coast, of course. Morgan plays the aristocratic layabout with just the right measure of despicable and his possessive bickering with Robbie Ross – whose forgotten perspective the film tries to bring to light – thankfully comes across more plausible than period drama. 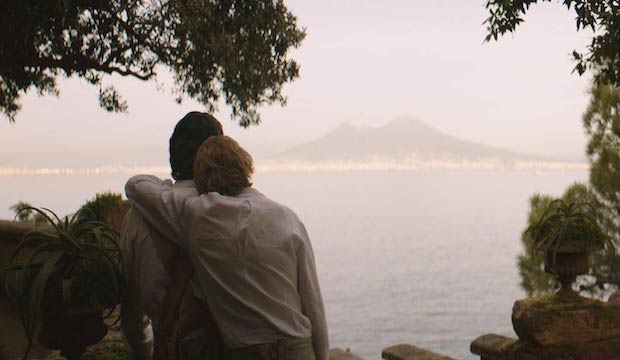 But none of these supporting characters can hold a candle to Everett’s performance. It really is a spectacular portrayal of this literary giant which, while managing to run the whole gamut from melancholy to outright madness, never loses sight of the author’s stature and brilliance – much like the princely monument in the late Wilde tale the film is named after.

It seems a real shame, then, that the film struggles to resolve itself into something slightly more solid and durable. But despite its irregularities, it does serve as a poignant reminder of the man, rather than the myth, who was pardoned for his own supposedly criminal irregularities only last year. The Happy Prince is the heartfelt send-off he deserved and deserves.