Korean dramas to watch on Netflix

From the unexpectedly popular Squid Game to the undead, medieval horrors of Kingdom, here are six K-dramas to keep on your radar 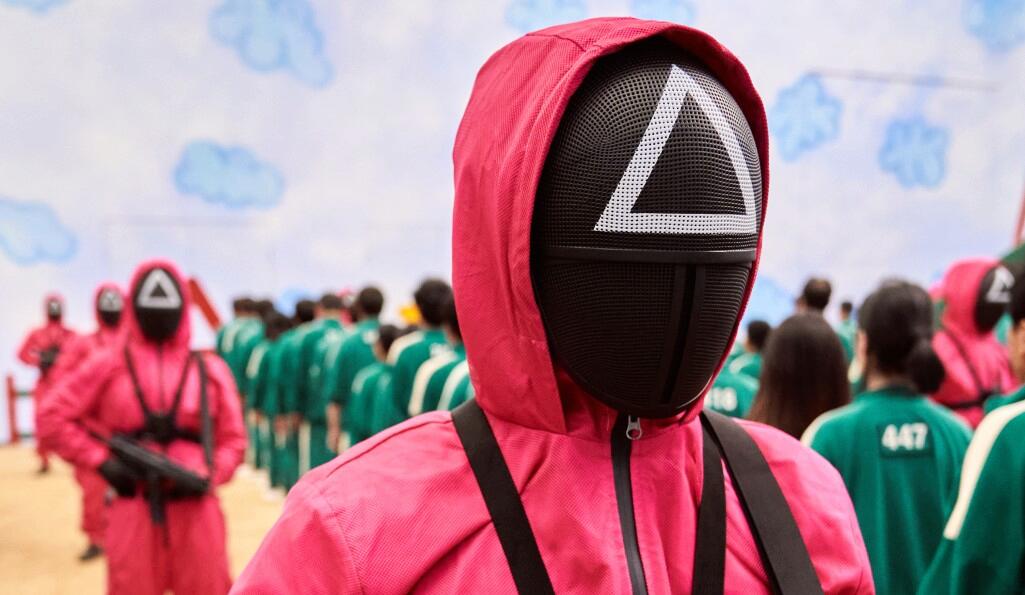 Squid Game, Netflix (Photo: Netflix)
After streaming became the common delivery system for entertainment, the film and TV landscapes transformed completely. But the most invigorating and enlightening change comes in areas outside the English language, for which Netflix and Amazon among others provide a platform (after knocking out the competition). Along with French TV (Call My Agent!, Lupin), comedies and dramas from South Korea – known by the umbrella term ‘K-dramas’ – benefit strongly from this global outreach.

The Korean wave, or hallyu, has spread around the world since the 90s, covering food, fashion, beauty, movies and music. The internet expands it further, especially in the wake of K-pop – bringing Korean culture into the mainstream. When Bong Joon Ho’s incredible film Parasite won big at the Oscars, it acknowledged the deep adoration for Korean movies and international cinema as a whole.

But the country's TV output should never be understated. There’s a seemingly infinite slew of K-dramas on Netflix, and it’s a confusing, funny and fascinating journey to venture through them. The plots bounce around between different characters and timelines, often bombastic and ridiculous but always emotionally enticing. Many of the pilot episodes go beyond 70 minutes, like movies in themselves, yet the pace is accelerated – often chopping and changing through satire, comedy, horror, political thriller, cheesy romance and family drama. Here are some K-dramas on our radar at the moment.

If you haven’t heard about Squid Game, then you’ve been hiding on a mysterious island somewhere – cut off from the rest of the world. Released on 17 September, this Battle Royale-like thriller shot straight to the top of Netflix’s most-watched list with over 100 million views. It's surpassed the likes of Bridgerton and Lupin, securing an estimated $900 million in value. And it’s actually good, far better than a guilty pleasure.

The premise follows a few hundred chosen people, in debt or destitute, who are desperate to have money in any way possible. With their consent – albeit without knowing the full story – they’re drugged and taken to an unidentified island and made to play competitive children’s games. Winning each round leads to a significant cash prize. But there’s a catch: each game has a violent twist, designed to separate the weak from the strong. And with each loss, the jackpot increases.

Sometimes, you just need something that’s undeniably heart-warming… with a hint of darkness. Was It Love? shows how, in K-dramas, even the simplest concepts can be tangled with many complications.

The series follows the trials of an aspiring film producer (Song Ji-hyo) in her 30s, who tries to assuage her company’s demise while raising a 14-year-old daughter (Uhm Chae-Young). To prevent the company from going bust, she rubs shoulders with some morally dubious people. On top of that, her daughter is always causing havoc at school, and rival parents think the lack of a dad is the reason. On top of that, four men suddenly enter her life with warm intentions after 14 years of being single. It’s an emotional minefield.

Crash Landing On You

Crash Landing On You begins like a Succession-like financial drama, complete with a business empire led by a dysfunctional family. Daughter Yoon Se-ri (Son Ye-jin) is estranged from her corruptive roots, building her own successful brand and becoming a celebrity. Then the father and patriarch of the business surprises everyone by announcing Se-ri as his successor, quashing the dreams of her siblings.

But in a baffling and unlikely series of events, she accidentally paraglides across the border and into North Korea – where she falls for a soldier in a demilitarised zone. Meanwhile, her brothers down south are trying to steal their father's company away in her absence.

Parasite fans, rejoice! Here’s another family who thrive on cons and identity fraud to earn a living. Cha Joo-Eun (Seohyun) was raised by her parents to be a proficient swindler, often used as a pawn for their benefit. When she finally has the chance to enter college for a normal life, her father is duped by an especially duplicitous con. Joo-Eun is keen on revenge, but has to spend years learning to be a master of the swindling arts.

Mixing cops and lawyers together, this crime drama begins in a flurry of confusion. A strange man, Hwang Si-mok (Cho Seung-woo), suffers from a psychological episode, flashing back to a surgery in childhood. He asks to enter a house, and finds a murdered man. But he’s not police. He’s a prosecutor, securing the facts before the accused stands in court. It’s a dodgy system, and he’s able to ensure all the details are correct because of his meticulous precision and absent social skills

However, his latest guilty verdict is ambiguous, and could be the result of a corrupt branch in his firm. With the help of Police Lieutenant Han Yeo-jin (Bae Doona), he uncovers a wider conspiracy.

If your heart is empty since Game of Thrones finished, Kingdom could provide your medieval fantasy fix. This K-drama adopts the same ruthless politics, this time in 16th-century Korea, but with a scarier horde of horrific zombies to contend with.

The King has recently eloped with the daughter of a neighbouring clan, and the son she gives birth to will be next in line to the throne. But the rightful heir, the Crown Prince Lee Chang (Ju Ji-Hoon), is being shunned as a result – making him want to build his own uprising with the peasant class, who are hated by the aristocratic nobles. Then the political divide is thrown into extreme circumstances, as a mysterious disease raises the dead and turns them into cannibals.