This review contains spoilers for part one.

It’s probably very uncool to watch Lupin with an ambivalent attitude, considering how big it’s become. When part one debuted back in January, the thievish George Kay drama reached over 70 million views globally on Netflix (grazing Bridgerton). It was also the first French drama to ascend the streamer’s US Top Ten list. At the time of writing, it boasts a 98% Fresh rating on Rotten Tomatoes – all from critics, too. It’s easy to see why, to be honest.

Lupin is loosely inspired by the classic Arsène Lupin novels by Maurice LeBlanc, which follow the adventures of a French gentleman thief. In the series, the modern master conman Assane Diop (Omar Sy) models himself on the literary icon. Each episode embarks on a new con or heist, executed with energetic visuals and quickfire editing. Sy is breathlessly charismatic: flaunting a Bond-like suaveness and sophistication, yet smirking with illegal cheekiness.

Even this cynical critic can’t deny the series' likeability. Assane is a thief-with-a-vengeance, intent on seeking justice for his late father Babakar (Fargass Assandé) who was framed by the powerful aristocrat Hubert Pelligrini (Hervé Pierre). After a cat-and-mouse game between them, Hubert raises the stakes by indirectly kidnapping Assane’s son Raoul (Etan Simon).

Hubert’s a hard man to topple: he’s philanthropic (or appears to be), he’s connected with the bent coppers at the top, and he has loadsamoney. Oh, and he’s innately villainous with no moral ambiguity. As if this wasn’t clear, the writers make him short and overweight, balding and limping; he's a rather outdated vision of evil. 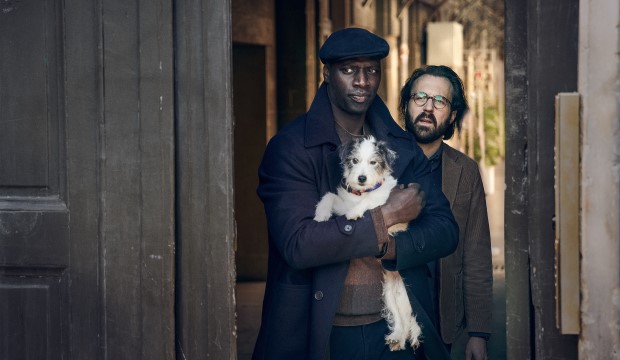 Despite the thrills, colours and theatrics, Lupin is little more than a semi-enjoyable, cartoon car chase. The schemes continue to be elaborate and ridiculous. Every episode concludes with a thoroughly silly explanation of what you didn’t see. It’s exhausting at times; Assane always finds an unreal way to wriggle out of a sticky situation. Whenever he’s in a bind, you just have to remind yourself that everything will be all right in the end.

This can be good fun, of course, like how people (including this critic) watch classic sitcoms over and over. But in a TV landscape that’s growing out of predictability, Lupin feels strangely old-fashioned.

One of the few innovations in the series is the racial element, which adds depth to Assane’s character. One scene has him in a small Normandy village, where he enters a café. Inside, the conversations stop dead. All the white faces lift with intense suspicion. This runs in parallel to a flashback – one of many the series revels in – showing a racially motivated incident in Assane’s childhood.

You can easily binge part two in a spare afternoon. It’s an easy respite from the real world and it’s not trying to be intelligent, easing comfortably into its fantasies. But the certainty of resolution makes Lupin more banal than was probably intended.

Lupin part 2 is available on Netflix from Friday 11 June. 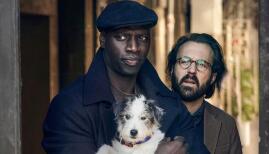