Cruella, Disney Plus review 4 Cruella, Disney Plus review Anna Hollingsworth
Punk is the opposite of corporate conformity, so it’s ironic that Disney (yes: Disney) uses the rebel movement for their latest live-action venture, Cruella. This undesired prequel to 101 Dalmatians examines the origins of the elegantly dressed villain Cruella de Vil, set in the London fashion scene of the 70s – just when punk was coming in. She navigates this new world and dismantles its snooty establishment values.

This critic’s expectations were cynical. How could a money-grabbing spin-off, designed for a big audience, really capture the spirit of punk – especially when it's meant for kids?

Compared to the weak efforts to zombify 2-D classics into 3-D remakes, Cruella needs to be the musical and sartorial beacon for all future attempts. 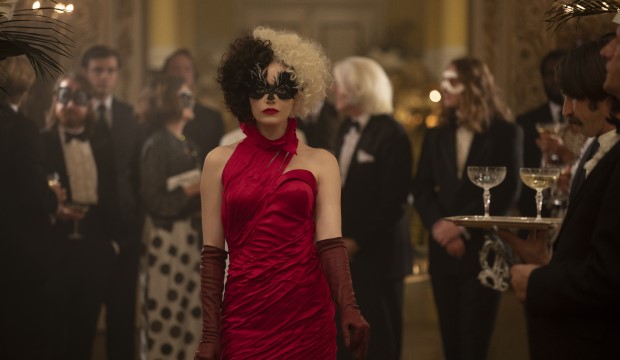 You start with pre-Cruella Estella (Tipper Seifert-Cleveland) as a kid, being at school in the 60s and having many black marks to her name. She’s very likeable, an empowered rebel from birth with natural black and white hair – fending off bullies and protecting her friends. Seeing her modified school uniform, the blazer lined with badges and safety pins, her aspirations to be a fashion designer are clear from the start.

After enduring a bizarre trauma, which (sort of) explains Estella's future hatred for dalmatians, she lives out her childhood on the streets of London. It’s the Hollywood version of a Dickensian existence: living as a thief, with two lovable Cockney lads Jasper (the caring Joel Fry) and Horace (the funny Paul Walter Hauser). Estella eventually grows into the magnetic Emma Stone. 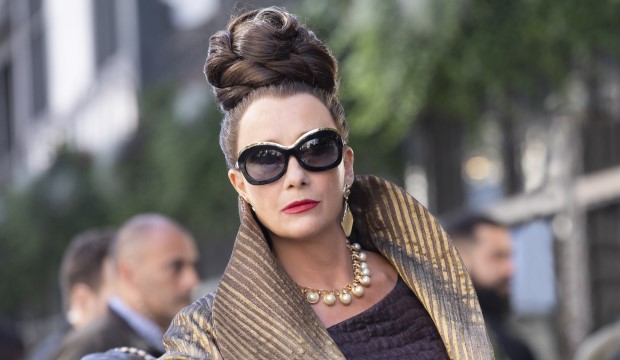 After many slights, the polite and obliging Estella turns into Cruella by night. She competes with the Baroness in brutal fashion battles, each one more shocking and stunning than the last. Costume designer Jenny Beavan (Christopher Robin), who made over 70 looks for Stone, flaunts an eclectic, Oscar-worthy selection. These sequences are weird and opulent and exciting. And like the rest of the film, they're enhanced by a perfect playlist that includes The Stooges, The Clash, The Rolling Stones, and Nancy Sinatra.

The film occasionally struggles against its Disney restrictions. Cruella never goes too far because that sympathy for the devil would weaken the company’s moralistic trademark. Considering the 12A rating, she’s imprisoned against doing anything overtly evil. She's only permitted a few sadistic quips, masked by her insistence that she's joking, really.

If Cruella was allowed to swear or draw blood or indulge more in punk rock’s nihilistic abandon, this could’ve been a five-star film. Thankfully, however, Gillespie and the writers manage to work around these branded guidelines, still capturing the spirit of punk – censored though it is (they avoid the Sex Pistols entirely).

Emma Stone embodies that spirit, despite a preposterously posh accent straight out of Hollywood. She’s amusing, steely, and even upsetting, in what's possibly the best performance of her career (so far). The character absorbs her, and you, completely. Cruella is a rockin’ ride. 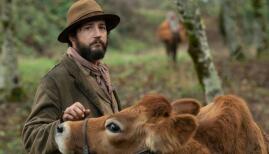