In this semi-autobiographical film from Lee Isaac Chung (Abigail Harm), Steven Yeun stars as a father pursuing the American Dream – moving his family to a potential farm in Arkansas

A small Korean boy walks through his father’s prospective farm in Arkansas, wearing cowboy boots. He drinks Mountain Dew, believing it’s actually sourced from American mountains. And he hates his grandmother, thinking she doesn’t fit at all with the American image of a grandma – especially as she doesn’t bake cookies. He thinks she smells like Korea, despite the fact he's never been there.

This is David Yi (Alan S Kim), the charming, bi-lingual son in Minari. This semi-autobiographical drama from Korean-American filmmaker Lee Isaac Chung (Abigail Harm, Lucky Life) follows the Yi family as the father Jacob (an absorbing, repressed Steven Yeun) navigates his American Dream – leading them from California to a patch of potential farmland in the Ozarks.

But even with the sunlight pouring through tall branches and grazing the grass, the beauty of the place doesn't persuade the mother, Monica (an understandably sceptical Yeri Han). She's been doubtful for a long time, exacerbated as she sees that their new home is not what her husband promised. It's rectangular, mundane, and has wheels. 'It just gets worse and worse,' she says, after climbing through the front door.

You watch as Jacob struggles to find water by himself, to plant seeds in the proper way, and to work a menial job sexing chicks at a factory with Monica. At the factory, he works with fast and automatic proficiency (a requirement in California), but has dreams of bettering himself in Reagan’s America.

It’s a decidedly solitary position, one he’s determined to achieve himself in a lonely, individualistic fashion – alienating the rest of his family. When you realise David has a heart condition and the nearest hospital is an hour away, the frustration and sympathy seep through in equal measure. But Jacob’s caring enough to include David in his ventures, teaching him the difference between Korean and American thinking. 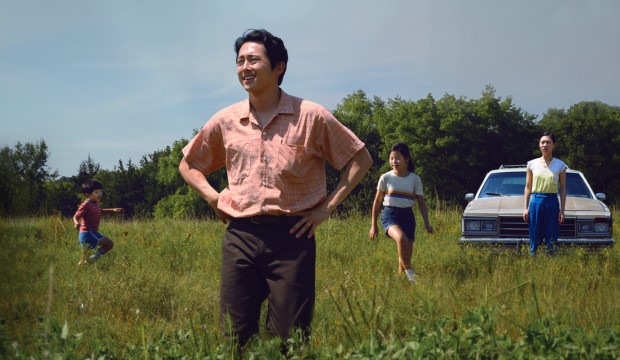 Like the similarly beautiful Terrence Malick film The Tree of Life, Minari's riveting, familial bonds and visual love of nature beat slowly through the story. But Chung and his cinematographer Lachlan Milne move with a more delicate patience, treating their scenic, sun-kissed vignettes with the attention they deserve.

So many small and unforgettable images pass like clouds through the film. The sweetly eccentric and god-fearing Paul (Will Patton), the casually but innocently racist white people at church, the intimidating skyscrapers of Oklahoma City. In light of these pictures, the plot becomes peacefully circumstantial. 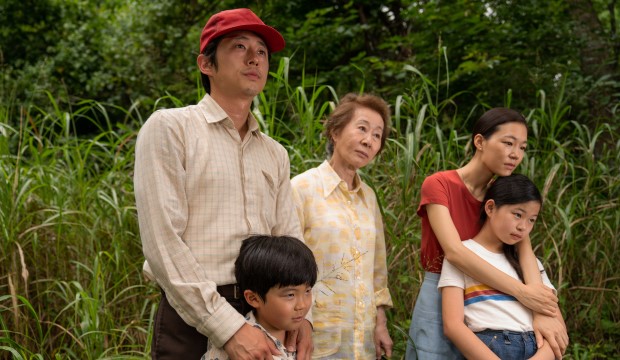 And when the crazy, rude, and funny grandmother Soonja (Youn Yuh-Jung) comes to stay, a loud and loving comic relief enters the quiet atmosphere. Whereas Jacob, Monica, and their mature daughter Anne (Noel Cho) prove stern authorities, Soonja is a lovable free spirit with no conservative inhibitions at all.

Minari proceeds at its own pace. The themes of family and belonging and the American immigrant experience breeze through like leaves in the wind. Emile Mosseri’s whirring, masterful soundtrack – recalling the surreal sounds of indie band Neutral Milk Hotel – also lends a dream-like quality, running alongside Chung's warm and poetic style. Chung welcomes you into this family, and lets them embrace you.

Minari is now in cinemas and available on digital platforms.