Judas and the Black Messiah review ★★★★★

The protests on the streets have gathered dramatically onto our screens, often using the late 60s and 70s to mirror the present (just look at Aaron Sorkin’s The Trial of the Chicago 7 or Steve McQueen’s Small Axe anthology). Equally, many movies made in that time reflected their revolutions. You can feel that same defiant energy in Shaka King's Judas and the Black Messiah, the thrilling, genre-bending biopic of Black Panther leader Fred Hampton.

The film follows the 21-year-old socialist revolutionary, rallying against racism and uniting similar splinter groups for the fight. He was shot and killed by law enforcement in 1969, after FBI informant William O’Neal spiked Hampton’s drink with a sedative. The narrative splits between Hampton's story, building trust in Chicago’s marginalised communities, and O’Neal’s coerced recruitment to the FBI. 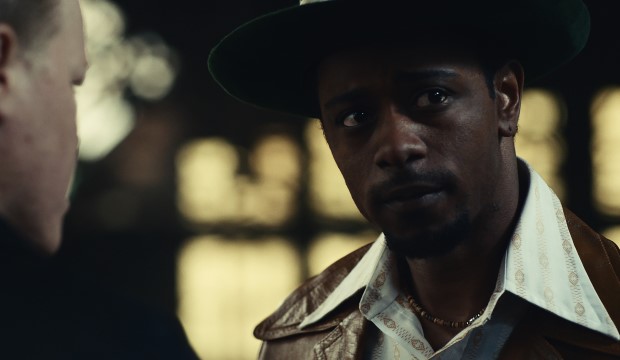 King and co-writer Will Berson revise and reverse the standards usually upheld in undercover cop dramas. They take a lot of cues from the Martin Scorsese-Leo DiCaprio movie The Departed: O'Neal's refusals of being a ‘rat’ echoing those by DiCaprio's divided protagonist.

But the authority in Judas and the Black Messiah – led by J. Edgar Hoover (an autocratically evil Martin Sheen) – is not the shining moral beacon it purports to be. Its aim for a greater good, it's clear, involves fewer Black people with power.

When Mitchell asks O’Neal about his using a fake FBI badge to steal cars, O’Neal replies, ‘a badge is scarier than a gun’. Although this aspect of the story is fictional, it throws you into the crooked atmosphere of this world – not unlike the realities experienced in the present-day. O’Neal goes undercover for the wrong side, providing a fresh new spin for the genre while wriggling through complex political and apolitical psychologies. 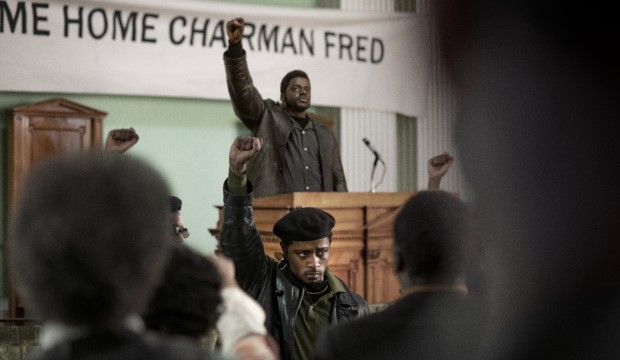 The British actor Daniel Kaluuya, who became internationally recognised after starring in 2017’s Get Out (in which Stanfield also starred), plays Hampton with an impassioned but measured charisma. No matter how many people in the room, how threatening they are, the number of weapons or the prominence of a Confederate flag, Hampton always commands and controls the room. He gains ordinary people’s trust while quoting Che Guevara and Mao Tse-tung.

His fiancée Deborah Johnson is played with literate, romantic sincerity by Dominique Fishback, with one particular tear-tasting scene hopefully securing an Oscar nomination.

Given certain genre expectations, it’s easy to fall into the usual tropes of the trade. King settles for some, clearly revelling in the film noirness and even employing a jazzy soundtrack by Craig Harris and Mark Islam. But even this feels different, adopting a harsher, more intriguing tone – resembling that of Emile Mosseri’s work on The Last Black Man in San Francisco.

King clearly prefers the subtleties and ambiguities, which he soaks into the story, avoiding clear-cut melodrama. (It's probably part of why the film was so difficult to produce.) You can see the doubt gradually pour over O’Neal as he gets to know Hampton. And the cool confusion grazing Roy Martin after realising the FBI’s cruelty. And the confluent sadness and regret in Hampton’s eyes after a fellow Panther kills police and gets shot. None of the performances overplay their faces or bodies.

The honesty, humanity, and brutality of Judas and the Black Messiah make the inevitable finale all the more crushing.

Judas and the Black Messiah is now in cinemas and available on digital platforms.

Judas and the Black Messiah