The Dig, Netflix review 4 The Dig, Netflix review Euan Franklin
A gathering of eminent period-drama performers in a 30s piece is enough reason to be excited about The Dig. Oh, there’s Ralph Fiennes ferrying his bike across a Suffolk river. And there’s Carey Mulligan greeting him at the door of her big country house. Blimey – it’s Johnny Flynn, offering some help. Oh my god, it’s Lily James: she's also helping out!

Curiously, those shots of starry dopamine restrict themselves to the viewer, with director Simon Stone refraining from massive introductions. There’s melodrama breezing through The Dig, which follows the excavation of Sutton Hoo in 1938, but that lack of celebrity bombast brings a certain legitimacy to the characters – delicately lifted from the John Preston novel by screenwriter Moira Buffini. 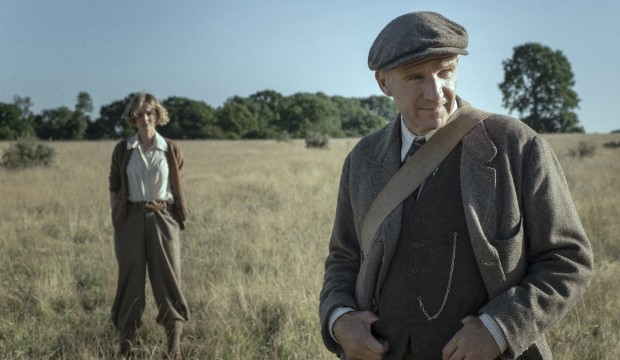 Fiennes plays the self-taught ‘excavator’ Basil Brown, hired by the widowed landowner Edith Pretty (Mulligan) to investigate a hunch. On her land, there are mounds that could wield something significant underneath – leading, in time, to the discovery of an Anglo-Saxon ship with many treasures from the seventh century.

Fiennes harnesses a bluntness for Mr Brown, a character who's largely inexpressive but gets the job done. The repression isn’t constricted to him alone; all the characters maintain inhibitive structures to hide their true feelings. It's nearly stereotypical of how the British process emotion (despite often being true), but it's charming, heartbreaking, and even haunting, as World War Two creeps nearer.

Stone indulges in the natural environment and hard labour. He loves seeing hands submerged in soil, and you can smell and feel every inch of dirt. Terrence Malick is a clear influence on Stone and cinematographer Mike Eley (State of the Union), taking a similarly spiritual take on nature. The camera’s fluidity mimics the style of Malick’s regular collaborator Emmanuel Lubezki (The Tree of Life), as well as the beautifully beige, magic-hour ruralism that paints his 1978 film Days of Heaven (shot by Néstor Almendros and Haskell Wexler).

The visuals of The Dig can feel inferior and derivative at times, being constantly mobile and rotational. But they’re easy to relax into, and poetically picturesque to watch. 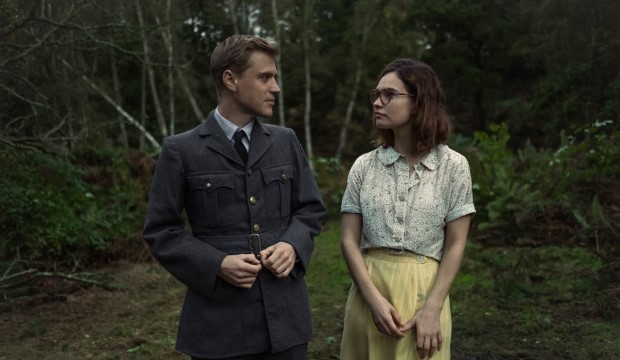 Snobby forces come to invade Mr Brown’s dig: university-educated patrons from both the Ipswich and British Museums, greedy to snatch credit for the find. They look down on Mr Brown for not having their qualifications, despite him being the most devoted to the dig. These class conflicts play out quietly without a great deal of confrontation, but there’s an intrinsic sadness in the prejudice. Especially when you realise Brown (according to the film) wasn’t officially acknowledged for Sutton Hoo until recently.

Lily James finally appears: playing the sexually frustrated Peggy, wife of one of the museum academics. She begins an affair of stares with Pretty's cousin, the strapping amateur digger Rory – charmingly played by Johnny Flynn.

This little, quiet and romantic subplot bolsters the story, wisely replacing a brief attempt to turn up the heat between Brown and Pretty. (It’s inspired period-drama casting: why has nobody thought of putting James and Flynn together before?) But it’s destined to be dashed, as Rory's planning to serve in the RAF.

Hints of existential dread ripple across every face as spitfires fly overhead and developments are spoken over the wireless. Neither Stone nor Buffini sensationalise these events, which are profoundly reduced to forlorn sighs and downward looks. Although the repression is shortchanged by the volume of the soundtrack, the seclusion of The Dig offers a riveting tangibility to histories close and ancient.

The Dig is available on Netflix from Friday 29 January 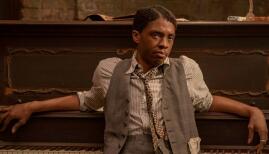 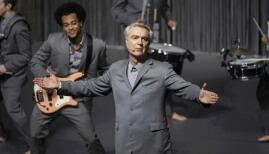