In this new biopic, David Bowie (Johnny Flynn) tries to find his identity as a musician in the years leading up to Ziggy Stardust. Marc Marron also stars

2 CW readers are interested
Stardust film review 2 Stardust film review Iana Murray
David Bowie bore many unforgettable guises (Ziggy Stardust, The Thin White Duke, Halloween Jack) and his otherworldly, transmogrifying voice still lifts you to a surreal and starry plane. Stardust, Gabriel Range’s laborious biopic of the adored musician, unfolds as if designed from a parallel universe – one in which Bowie was boring and never sang his own songs.

Or that’s certainly the impression we gain from the film, given that Bowie’s family refused the rights to any of his original music. The rejection might've stopped most people, but Range controversially persevered, prompting many (including this critic) to sceptically anticipate the result. The film is left instead with several vacuums where Space Oddity and Starman can only be remembered. 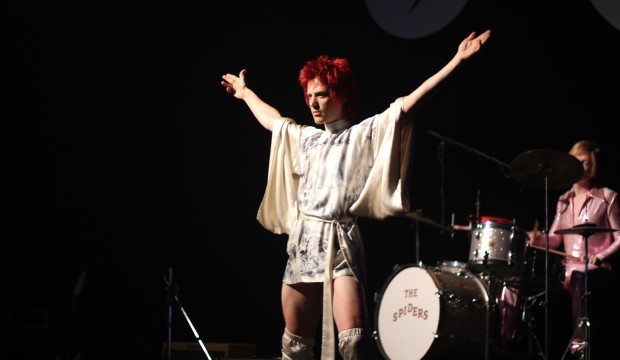 Stardust looks at David (a dreadfully miscast Johnny Flynn) in 1971, after producing his third album The Man Who Sold the World. It's sinking in the charts, especially following the release of the All the Madmen single.

With the help of his US publicist Ron Oberman (Marc Maron), David travels across the States in a desperate attempt to promote the album… but without playing any concerts. He’s also enduring a tough identity crisis yet believes himself destined for fame – shown in cheesy, symbolic dream sequences.

It’s not worth getting bogged down in the details of what actually happened and what didn’t, as the filmmakers should have creative licence for these misguided endeavours. But why did Range and co-writer Christopher Bell choose to make such an empty, somnambulant experience? There’s some attraction to the premise of Bowie’s journey into Ziggy, finding his confidence and identity as an artist, but it’s drowned by a weird, childish petulance in the David you see on screen. 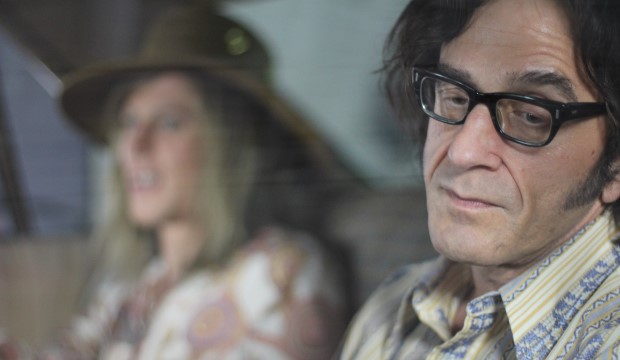 He never follows Ron’s advice: blah-blahing through interviews, being embarrassingly offensive on Christian radio, and randomly laughing when others’ lives are falling apart. Point-of-view shots out the window, many looking at power lines, fade into each other and become a dull haze. Even the time-skipping montages feel like you're watching in real time. You have to wonder: if this was indeed such a tedious chapter in Bowie’s life, why make a film about it?

And even if you can deal with Johnny Flynn looking nothing like the man, you'd at least expect an auditory similarity. As it stands, Flynn’s naturally posh southern English accent tries with difficulty to connect with Bowie’s south London tones. The voice only convinces in performances of song covers (emphasis on covers) at tiny venues, especially during Jacques Brel's Amsterdam.

The relationship with David’s brother Terry (Derek Moran), diagnosed with schizophrenia, can pull you back. It’s a brief and embellished examination, but offers a curious and underknown aspect of Bowie's life. A shame, really – their story would have made a better movie.

Stardust is available on digital platforms from Friday 15 January