David Byrne of Talking Heads returns to the stage, in this Spike Lee-directed film version of his Broadway show American Utopia

Thirty-six years later, in American Utopia, Byrne sits at a grey table on a grey Broadway stage. Even his hair, inevitably, is a wavy shade of grey. The only colour emanates from the brain on the table. He bursts into Here, a song about connection and – interpretively – looking after yourself. The borders around the stage ascend, surrounding him in vertical chains. 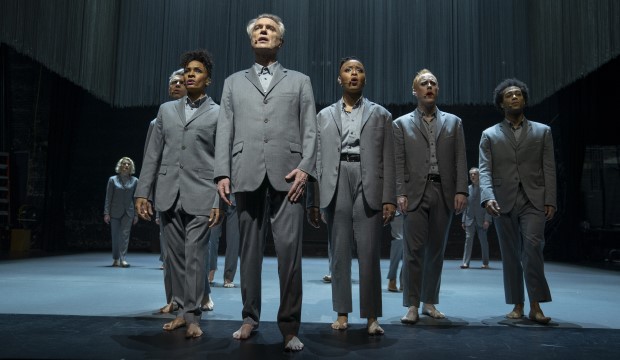 Byrne is no stranger to ennui, alienation and a general dissatisfaction with existence. Coming from the Gordon Gecko era of the 80s, which preached a capitalistic, 'greed is good' philosophy, Talking Heads reflected those anxieties of disenchantment. But Stop Making Sense was never explicitly political, only symbolically, whereas American Utopia has no choice.

With 11 other band members, who carry their instruments on their chests to allow freedom of movement, Byrne addresses the audience between songs. He recounts pithy anecdotes from his life, discusses the horrors of meeting people, and relays facts about babies’ brains having more neural connections than adults.

But it’s Byrne’s political asides that reach in close. These moments wield a deeper visual significance, unsurprising given that Spike Lee directs this film of the show. Byrne spends an entire segment soliloquising the Vote, in which a portion of the audience is illuminated to show the percentage of people who actually voted in 2016. This is something you’d expect more from someone like Michael Moore than an 80s pop singer, but its sincerity weaves beautifully with Byrne’s music. 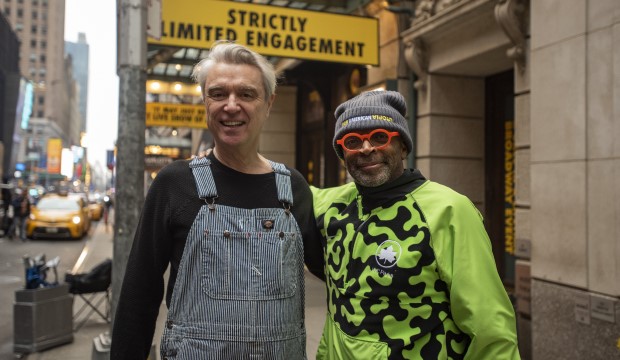 It could’ve been an unwise move for a 67-year-old white man to sing Janelle Monáe’s protest song Hell You Talmbout (Byrne says as much), but the political poignance shakes you, staggers you. This is where Lee’s signature style seeps in the most. Where the song shouts the names of murdered people of colour, Lee cuts to dolly shots pressing into blown-up pictures of the deceased. It’s a moving indictment of the current system.

Byrne plays most of the classics, with the intriguing exception of Psycho Killer. It was probably an appropriate exclusion since, despite the dystopian stage, the show gears toward a more hopeful message (even Road to Nowhere is bleakly optimistic). The electric choreography and the exceptional lighting cues throw you into a wondrously strobic experience, jolting new life into these excellent songs.

One of the more baffling asides is a mini-lecture on the 1930s and the beginnings of Surrealism. Byrne mentions the Nazis, but doesn’t explicitly connect that period to our own. The suggestion is enough. Even with the TED-like spotlight, he never tells you what to think – he allows you to form those connections yourself. He talks about how nonsense was used ‘to make sense of a world that didn’t make sense’. He tries to achieve that with American Utopia, but it’s more than mere nonsense. It's a musical triumph.

Reviewed at the London Film Festival 2020. David Byrne’s American Utopia is available on digital download from 14 December and DVD on 11 January 2021