In the penultimate episode, Lyra (Dafne Keen) and Will (Amir Wilson) get closer and Mrs Coulter (Ruth Wilson) ventures into Cittàgazze

This week, Mrs Coulter (Ruth Wilson) has even less humanity than we imagined. Dr Mary Malone (Simone Kirby) steps into Cittàgazze, and has a strangely holy significance. And Lyra (Dafne Keen) is part of a mysterious prophecy, which reveals a dangerously different name for her.

To a degree, episode six contains a loose collection of hints for what’s coming later down the line. It doesn’t feel significant enough to be the penultimate chapter of series two. Likely because the scheduled Lord Asriel episode was cut due to Covid. But still, there’s plenty to entertain you along the way. 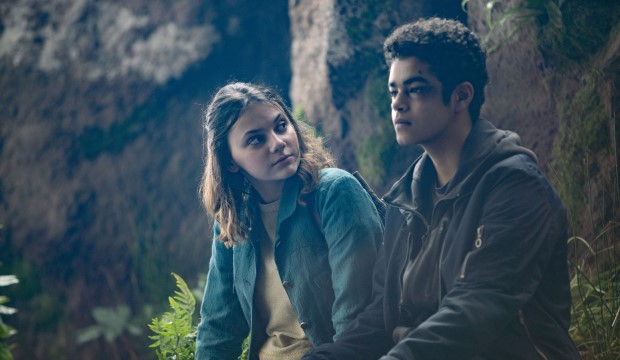 It starts like a twisted horror movie, with Lord of the Flies-like savagery. Returning director Jamie Childs (who made the terrifying, holocaustic episodes in series one) revels in that dark and frightening atmosphere. Angelica (Bella Ramsey) still blames Lyra and Will (Amir Wilson) for her brother’s lifelessness after the Spectres got him.

The primal evil driving those children – wild from vengeance, their morality unbuilt – can’t fail to crawl under your skin. It’s all over too quickly, but the impact is enough. The series also gives these scary kids more humanity than Philip Pullman, author of the book trilogy, did. You see their need for parental care and love in the absence of responsible grown-ups.

The series has built Will and Lyra’s relationship delicately. Their closeness has been gradual, the writing so intelligently paced. They’re both beginning to understand their habits, to apologise, to forgive, they're even smiling warmly at each other. It’s more than sweet, childish affection: they’re re-learning their trust after so many betrayals and bad experiences. One lovely scene, with tons of CGI, has Will talk about his bullying back home; a touching moment, especially as Will usually resists his more vulnerable side. 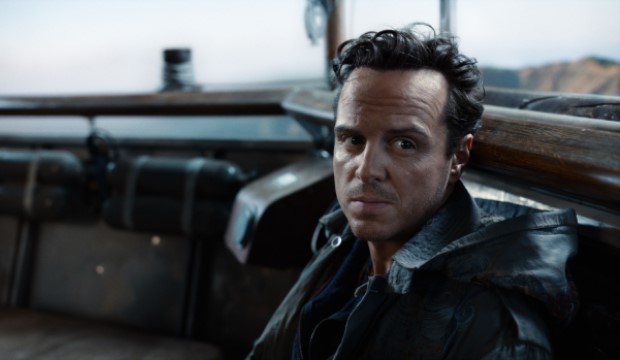 With John Parry (Andrew Scott) – or Jopari, or Stanislaus Grumman – he’s becoming a bit irritating, possessing a monotone Xen and summoning easy solutions. It's less dramatic to avoid Magisterium airships when you have a shaman on your side.
The reasons for his ability to control the weather aren't satisfactorily explained, much like the book.

And come on, why does his Osprey daemon (voiced by Phoebe Waller-Bridge) never speak? It’s too much to ask for a Fleabag-Hot Priest reunion, but there should at least be a rapport between them. The nice, developing friendship between him and aëronaut Lee Scorseby (Lin-Manuel Miranda) will have to do for now...

Next week is the finale, and it’s genuinely hard to predict whether it’ll be incredible or just lukewarm. In any case, the value in its escapism shouldn’t be ignored. This critic will be bereft when it’s gone, like a dying daemon in the wind. Best savour this series while you can.

His Dark Materials continues Sundays at 8:10pm on BBC One