Mank, Netflix review 4 Mank, Netflix review Euan Franklin
For a certain type of cinephile, it's probably akin to sin to admit you don’t like Citizen Kane. The 1941 classic from Orson Welles is widely and wrongly considered the greatest film ever made. It’s stuffy and exhausting, focused on a wealthy, corruptive magnate who hides his want of love in a melodramatic castle. Charles Foster Kane isn’t only unlikeable (often a quality in movies), he’s uninteresting.

Yet Welles and the film’s screenwriter Herman J. Mankiewicz insist that ‘Rosebud’, the final yet unwitnessed utterance from a dying Kane, holds the key to unlock who he really was. Thankfully, David Fincher’s latest film – his first since 2014’s Gone Girl – examines Kane’s development stages without ever igniting a bored headache. 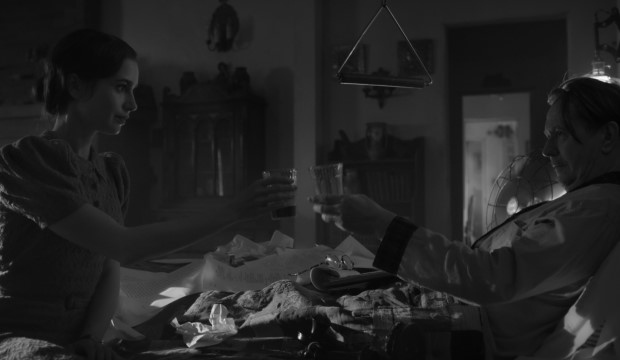 Mank is a cynical, monochrome reverie of classic Hollywood, complete with snappy characters ready to spring into volleys of dialogue like a screwball comedy. Only with more swearing.

Told in glossy black-and-white, the film follows Mankiewicz (a drunk and brilliant Gary Oldman) as he pens the screenplay for Kane. Following a car accident, he’s forced to write in bed with a broken leg – helped along by his assistant Rita (Lily Collins). Flitting between Mank’s isolated desert home and flashbacks to his former life working in 30s Hollywood, the structure mimics the puzzle-piece narrative of Kane with a more relatable and enjoyable protagonist.

Like most movies about famous writers, the film spills with visual callbacks to iconised moments in Kane. But they're not in-your-face and clichéd; Fincher pays homage with subtler means: never over-emphasising, merely presenting. (A rare exception: Mank’s bottle dropping like Kane’s fallen snow globe.)

The real-life basis for Kane, the Murdoch-y William Randolph Hearst, is used sparingly. But Charles Dance’s snobbish yet quiet portrayal grows into an unforgettable presence towards the end, after Mank drunkenly dismantles him. 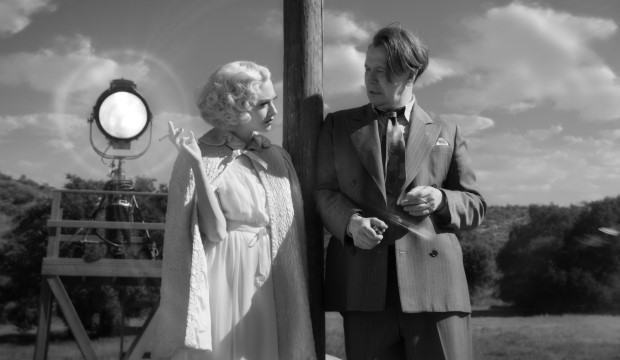 The scenes that indulge in Mank's writing revel in the process, but the entertaining politics often supersede them. The flashbacks take place during the California governor election: between a right-wing Republican (favoured by Louis B. Mayer of MGM Studios) and a well-meaning socialist.

Although the screenplay was penned by Fincher’s late father, you can feel the influence of Aaron Sorkin (with whom Fincher collaborated on The Social Network) in the dense, rhythmic and funny dialogue. Mank is a disrupter, but he’s also firmly wedged inside the system – more a tragic hero than the ‘court jester’ that colleagues love to call him. 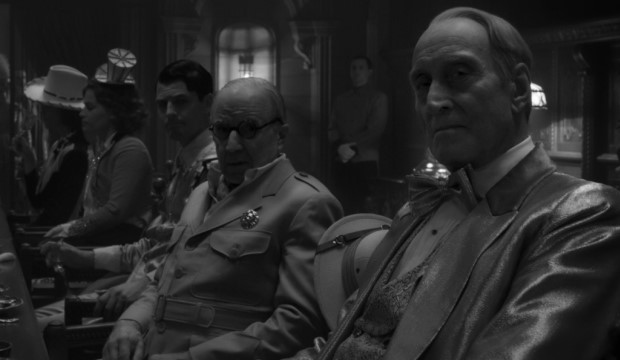 There are also flickers of Jay Roach’s biopic Trumbo, another movie about a hated Hollywood screenwriter with far-left sympathies. Although Trumbo is set later, in the thick of the McCarthyism, Fincher quietly and portentously foreshadows that bleak period of American history... as well as our own.

The manipulation of the press by Mayer and Hearst chime loudly with the fake news era, especially as Mank decries their methods and way of thinking: ‘if you keep telling people something untrue loud and long enough, they’re apt to believe it’.

Erik Messerschmidt (Mindhunter) creates the glistening, silvery visuals made to emulate the cinematography of the time. It’s easy to embrace these images and become drunk in their majesty, mixed with the dazed chasers of father Fincher’s dialogue and the jazzy soundtrack by Trent Reznor and Atticus Ross. Mank's creative inebriation follows you forever, and deserves another round. 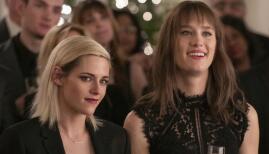 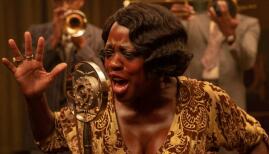