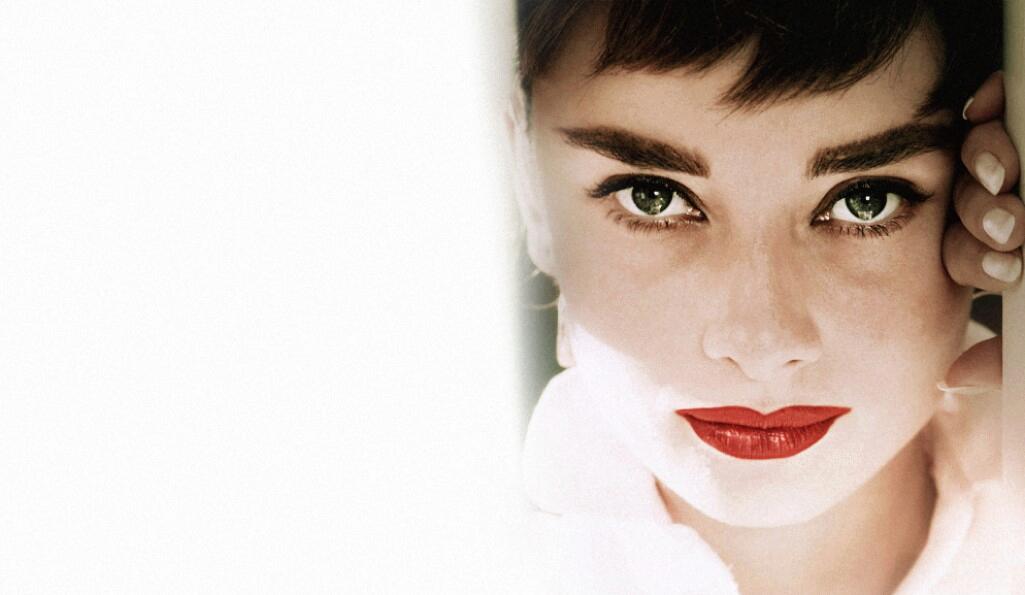 Audrey Hepburn. Photo: Sky/NBCUniversal/Salon
When you hear the name Audrey Hepburn, which iconic image do you see? Is it the princess riding behind Gregory Peck on the scooter through Rome? The pearls and the black satin dress, chewing on that long cigarette holder? Or does it feature the white Ascot dress with a devouringly large hat? Maybe it’s all of them at once.

But what about the person beneath those Givenchy costumes and spirited performances? Writer/director Helena Coan has spent the last two-and-a-half years finding out. In her second documentary film, Audrey, she digs into Hepburn’s personal history: from growing up in the Nazi-occupied Netherlands to her Unicef charity work in Somalia and Bangladesh.

Euan Franklin chats with Coan about her fascination with Hepburn, the revelations she uncovered, and the filmmaking process.' 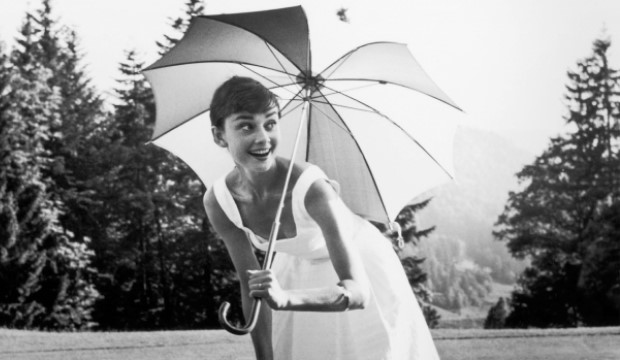 What kicked off your fascination with Audrey Hepburn?

'Since a young age, I was aware of her. I used to watch My Fair Lady a lot as a kid. I was the skinny, lanky, dark-haired, dark-eyed kid at school, and I remember my dad making a comment about my resemblance to her.

'As I got older and my own sense of self developed, I started to really understand that she was someone who, throughout history – as happens to many women, but I think her more than anyone else – was reduced to someone who was this perfect woman. It was an unrealistic and unattainable portrait. For me, that’s a perfect place to make a documentary from. She’s so iconic, but no one really knows the depth and the vulnerability and the strength of her.' 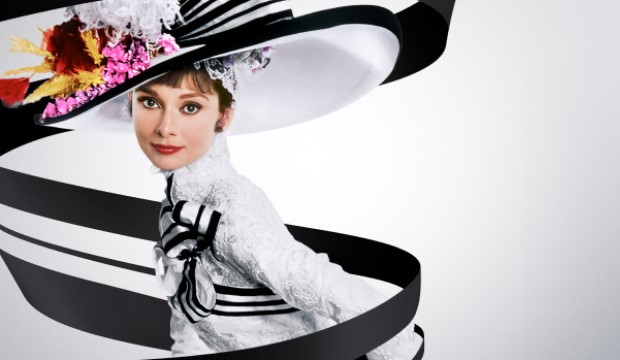 You have footage of Hepburn delivering her speech at the Academy Awards shortly after she won for Roman Holiday. She looked quite nervous. You sense that there’s something more, buried underneath, that’s very different from the persona she puts across in her films. Were you surprised by what you found as you were researching?

'I was particularly surprised by the insecurities that she had about her physical appearance. She’s known as one of the most beautiful women that have ever lived. To understand that she still had these insecurities about herself was quite powerful to listen to. Particularly when we’re now living in an age of body positivity, to hear someone like her, that she struggled with that, is quite profound.

'I think also understanding how funny she was. She had a very dry sense of humour. She had this way of making the whole audience laugh, and just commanded the room. 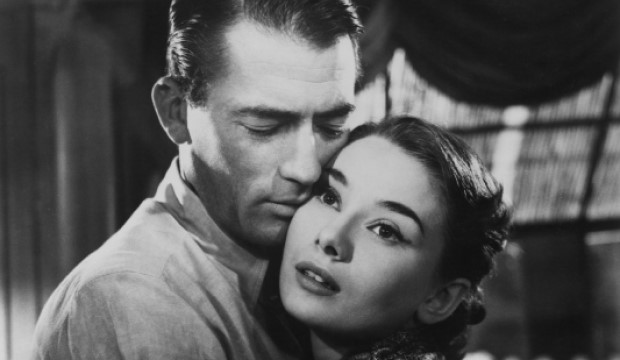 'And learning how powerful she was. When she went to do her Unicef work and her humanitarian work [1989-93], she’d been out of the film industry for over 10 years. People just wanted to hear her talk and they listened to her and she raised huge amounts of money. I think [that] changed public perceptions of her as well of developing countries and showing people that it wasn’t that far detached from celebrity.

'After World War Two ended, she was promised by the UN that what had happened would never happen again. And then she was in Somalia watching starving children and she had been in that exact position during World War Two. Learning how angry she was and the rage she experienced is something that is rarely talked about.'

The third act of the documentary is on her charity work at Unicef. Is it true that she was one of the first celebrities to do something like that?

'There was one guy before her, Danny Kaye [40s/50s comedy actor and Unicef's first celebrity representative], but she was the first major celebrity to really go out into the field. I’m very conscious of never portraying her as a White Saviour because I hate that narrative. I think what makes Audrey different is that she experienced it. She knew what it meant to be hungry and starving, and she knew what those people needed. She knew what happened if you just left those people to starve because she did almost die in the war. It affected her health for the rest of her life.' 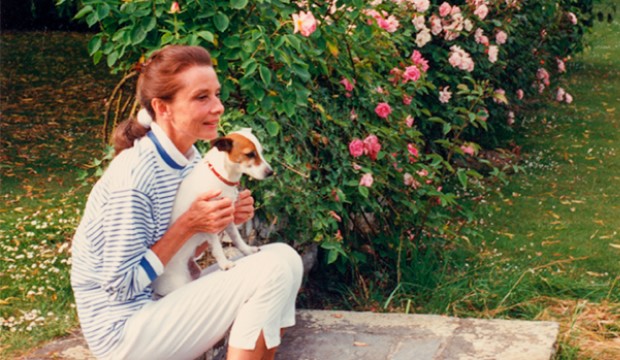 Hepburn was essentially shipped off [in 1939] to the Netherlands to fend for herself, which is almost baffling looking back on it now. But that’s also where she found her passion for performing, where she realised she could make people happy by being a dancer. In terms of what led to her acting career, how important were these early experiences?

'I think from a very early age – from her father leaving and then her mother, a very Victorian, strict mother – she learned the importance of discipline and very clear boundaries. When she discovered ballet, discipline is hugely important. When she was performing to raise money for the Dutch resistance, I think that was probably a moment in her life when she realised that she, as a person, could make a political change. She was a very, very hard worker.'

I liked how you use dance in the documentary, like abstract reconstructions of turning points in her life. It’s really poetic and very moving at times. What inspired you to take that more abstract route?

'The producers and I were thinking about ways to present her life that would make the documentary have a cinematic element to it. We were originally talking about animation and we realised that wasn’t quite right. And then we thought about how dance was so important to her.

'As far as I’m aware – I keep saying this, and I feel like someone’s gonna pull me up on it – it hasn’t been used like that in a documentary before, in terms of using dance to show somebody’s internal world. It felt quite original in that sense. Also, she would’ve loved to have seen her life played out like that. Her dream was to become a dancer, that’s really what she wanted. She never planned to be an actress. It’s something that did her story justice, in the best way.' 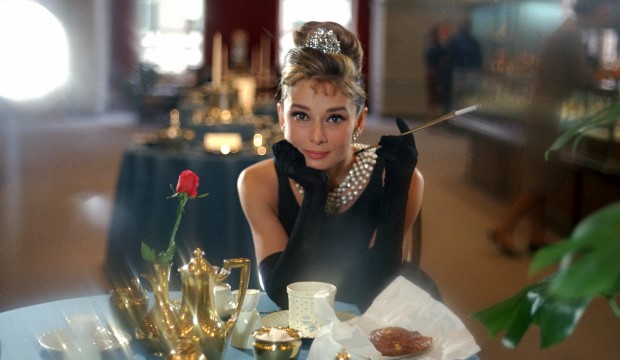 Another great examination in the film is her relationship with fashion, especially with Givenchy. You even see the sketches she drew, how the clothes should be designed. How much influence did she have in creating her iconic looks?

'There’s a misconception of her that she was just Givenchy’s muse, and he just dressed her, and someone took photos of her and that was it. But she was an artist. She was so conscious of what clothes suited her. She uses that word in the film: dépouillé, the French word about having everything off that wasn’t needed.

'She worked with Givenchy, they designed things together and they bounced ideas off each other. She was an incredibly intelligent person. I think her fashion legacy is so strong now because she was so involved in it. She wasn’t just dressed, she played an active role in her iconography.

'She’s influenced fashion to this day. You see people recreate her looks all the time. Even the recent Givenchy campaign with Ariana Grande, they used the Breakfast At Tiffany’s dress. And I saw a photoshoot that Kim Kardashian did dressed as Audrey Hepburn, who’s obviously a completely different type of woman.

'After World War Two, women were looking for different ways to exist and she provided an example of someone who wasn’t the typical blonde, curvy bombshell. She looked totally different. She revolutionised women’s fashion.' 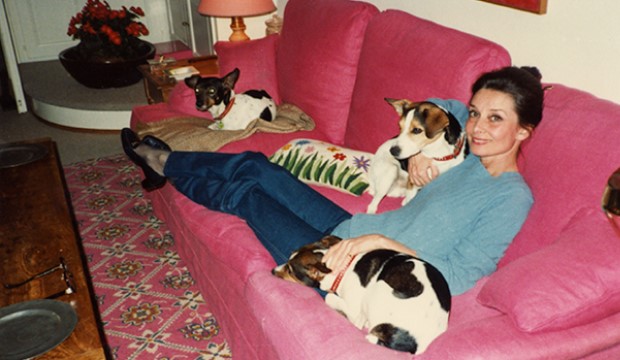 There’s an interesting difference between Audrey and your first film Chasing Perfect. With Chasing Perfect, you interviewed the famous car designer Frank Stephenson and he was there and you could talk to him as much as you like. Whereas with Audrey, you have to rely on second-hand testimony and archive footage. Did that provide a new challenge to you? Was it more difficult to find the truth of your subject?

'It definitely was. I wouldn’t say it was more difficult than Frank because with Frank it took him a long time to open up to me. When someone is still alive, they’re so aware of how you’re going to portray them. So I think it’s always challenging. With Audrey, it was definitely difficult getting people who were close to her to really open up about her. Her friends and her family were so loyal. She was a very private person.

'The film really changed for me when I discovered a two-hour recorded interview with her that had never been heard before. She talks in it about her divorces and her miscarriages and her relationship with her father. All this stuff that really started to paint more of a portrait for me about her.'

Those key aspects to her life, it’s strange how they’re not better known. Why do you think that is?

'It was because she was so private. It takes someone to dig and dig and dig, as I’ve done for two-and-a-half years,. She’s this figure that’s almost clichéd. I think people from different periods project onto her what they want to see. I was very conscious of not trying to project anything onto her, but just to look at all the evidence and try and figure out the truth of who she was.' 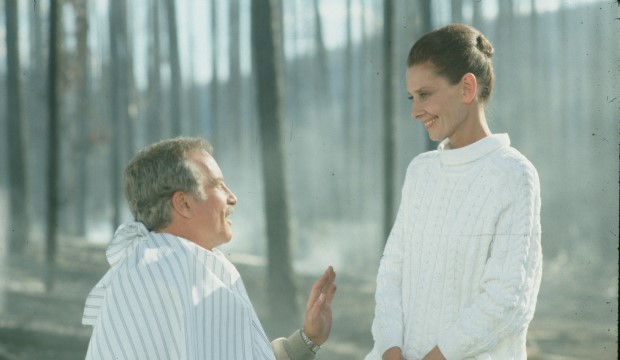 'Roman Holiday because it’s such a beautiful film in every way, and I can watch it over and over again; I love My Fair Lady because I grew up watching that. I also love her performance in Always, the Spielberg film. She plays an angel, or God. I’ve heard different things from different people. Spielberg says that she’s an angel, but we interviewed Richard Dreyfuss and he said she’s God. It’s a really beautiful performance and it was her last time doing a film, so that has a special place in my heart.'

Audrey is available on digital platforms from Monday 30 November