Possessor film review 4 Possessor film review Euan Franklin
Ever had those moments and days when you don’t feel yourself? Well, rest assured, you might not be going crazy. It’s probably just a body-shifting assassin framing you for murder. Such is the conceit for the surreal hitman thriller Possessor, written and directed by Brandon Cronenberg, son of the cult filmmaker David Cronenberg.

Like a Freudian nightmare, the son will be inevitably pitted against the father. David Cronenberg beautifully mutilated reality and politics in films like Videodrome, Shivers and The Fly back in the 70s and 80s – becoming the champion of ‘body-horror’ cinema. Brandon follows his example, indulging in a similar volume of violence that causes over-reactive viewers to flee the cinema.

But unlike David, who doesn’t usually like to feel things unless they’re bursting out of flesh, Brandon reins in the politics in favour of the characters affected by them. 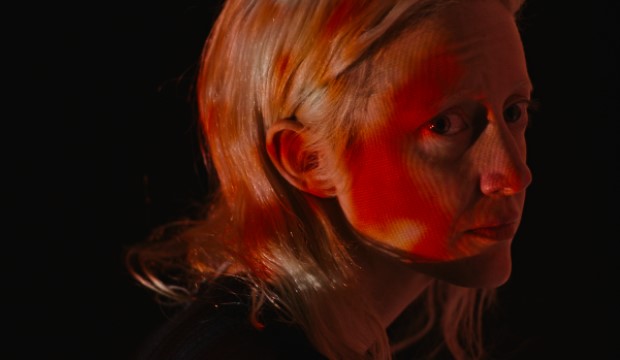 Tasya Vos is the killer-for-hire, transferring into different bodies to perform untraceable assassinations. This is achieved through a machine that wraps around the face, managed by Tasya’s boss Girder (Jennifer Jason Leigh).

The opening scene is a violent stabbing in a hotel bar. Whereas most directors cut away from blade penetrating skin, leaving it to the melons in the sound department, Brandon shows the murder in full. He doesn’t shy away from the gruesome details, lending the film a certain liberatory terror. He breaks from Hollywood norms and clasps the dread of something worse to come.

Outside of the machine, Andrea Riseborough plays Tasya. Her skin’s extremely pale, as if she’s just emerged from a freezer. She attempts to return to her home life, separated from her husband but connected via their son. Like the ‘narratives’ she maintains for the host-bodies she invades, Tasya also rehearses her own personality – alienated as she is from her family.

Her next job is a big one. Colin Tate (Christopher Abbott) is the future son-in-law of media mogul John Parse (briefly and despicably played by Sean Bean). The objective: kill John as Colin. Brandon shows the transference process: the host-body gestating like a clever animation in a contemporary art exhibit. Skin-coloured liquid bubbles to form the person Tasya is to imitate, to be.

Abbott has his work cut out for him: playing a female assassin trapped in a male body. He captures that confusing friction, especially when feeling him/herself in the mirror. Sexual curiosity plays a significant part in this. 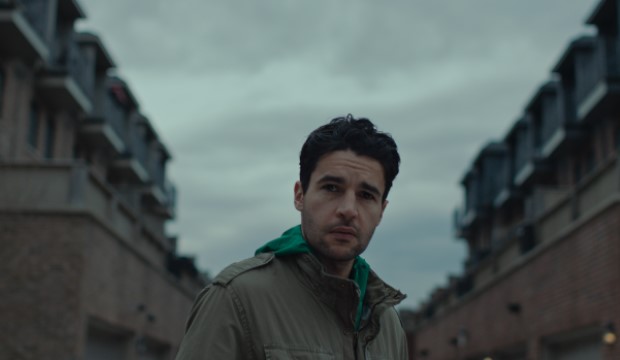 Brandon never elaborates too much on the world of Possessor, but the sterile atmosphere pervades. It’s clearly some near-future dystopia, its cold and capitalistic emptiness eking through the screen. Colin has a menial job in the data-mining conglomerate where John Parse is the CEO. Surveillance capitalism comes into full swing as he/Tasya wires into VR and looks through personal cameras across the world, logging furniture and curtains in the homes of consumers.

Brandon’s less concerned with the world and more fascinated with the psychology that world creates, like a knife across the nerve of reality. Tasya/Colin endures abstract episodes, periods of skewered delusion with bright red colours and deflated masks of Tasya’s face. This is when Brandon comes into his own, penetrating his characters’ minds and loving what he finds.

This critic would’ve loved to see more of Colin’s home life, and Tasya’s adjustment to it, but that risks interrupting the excellent pace of the blood-soaked plot. More than this, Possessor possesses you with such nightmarish and psychological force that it’s hard to re-enter your own life again. Brandon’s proved ample competition against Father Cronenberg.

Reviewed at the London Film Festival 2020. Possessor will be available on digital platforms from Friday 27 November