On the Rocks, Apple TV+ review 4 On the Rocks, Apple TV+ review Euan Franklin
Muted and comfortable movies are dangerously underrated in a culture of big voices, and On the Rocks provides some much-needed mercy. This is Sofia Coppola’s eighth feature film and her first Apple Original, following the father-daughter relationship between Laura (Rashida Jones), a New York writer, and her wealthy art-dealer father Felix (Bill Murray).

Laura is the mother to two kids, and her husband Dean (Marlon Wayans) is away a lot, beginning a new business. An uncomfortable seed of an idea begins to break and grow in her mind: what if Dean is cheating? 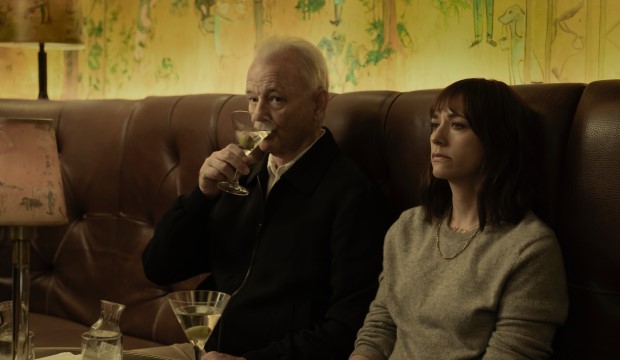 Whereas many other stories would turn this into an anxious odyssey of vengeance, hell hath no fury and all that, On the Rocks proceeds calmly and collectedly. Laura confides in her father, who's convinced that Dean is being unfaithful because, according to him, that's what men are like. The two of them embark on their own investigation, inspired by Felix’s sexist ideas – starting from small confusions to overbearing suspicions. They follow Dean, check his phone, and inspect his credit cards.

We probably all know a Felix: those older men with lines and grey hair, stuck in a time of universal sexism where women were supposedly dependent on men. During dinners with Laura, he would – without any kind of initiation – spout a misogynistic rant about female inferiority, before flirting with women half his age (at least).

Felix speaks as if he’s delivering a seedy lecture, exhibiting a façade of an intellectual: ‘It’s nature. Males are forced to dominate and impregnate all females.’ ‘Do you know a woman’s at her most beautiful between the ages of 35 and 39?’, and so on. But at the same time, he’s effortlessly charming – he's complimentary, knows everyone’s names, and has an undying love for Laura. He can even talk his way out of a driving offence. 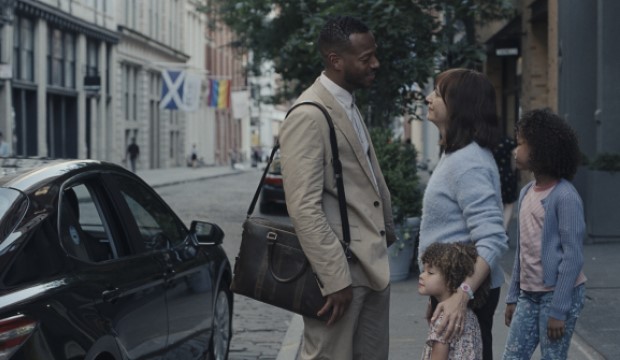 Rashida Jones provides a subtly absorbing performance, with no hint of melodrama. She keeps up Laura's face of general toleration while the doubt burns inside. Her boring routine is filled with her kids, leaving little room for relaxing or sex. Her only friends are other mums, who just talk about themselves. She doesn’t have any social spark with Dean’s work colleagues. She can’t even write, despite a beautifully organised desk of papers and sticky notes.

Bill Murray naturally steals the show, but even he restrains his innately cartoonish and comedic personality, recalling his quieter moments in Coppola’s second film Lost in Translation. The antiquated artifice of his character is layers deep, as if hiding behind sexism to block vulnerability. But that sensitivity does show, if only rarely, through silence and frowns. Murray carries that balance perfectly.

Coppola writes their dialogue with brilliant delicacy, always swinging between familial love and buried frustration. Felix has his own troubled past, his old-fashioned views on women indicative of that. But the two of them need each other, and need a reason to bond – even if it’s not explicitly stated as such.

On the Rocks is the sort of film unburdened with real-world issues, affluent as both characters are – even the anticlimactic ending avoids anything too emotionally taxing. But that’s what makes the film a quiet, intelligent, escapist pleasure.

On the Rocks is available on AppleTV+ from Friday 23 October