Small Axe: Mangrove, BBC One review 5 Small Axe: Mangrove, BBC One review Euan Franklin
Racism has always existed, but fewer people are ignoring it. The difference now is that the shouts, cries, and pleas are being heard and absorbed. And with Small Axe, filmmaker Steve McQueen becomes one of the loudest and most important voices among them – crafting five films showing racial oppression in London’s West Indian community in the 60s, 70s and 80s.

He opens his five-film anthology series with Mangrove, an intense and frightening examination of the Mangrove Nine trial in 1970. Nine Black men and women were arrested for inciting a riot during a protest against police brutality in Notting Hill, all of whom frequented the local Mangrove restaurant. 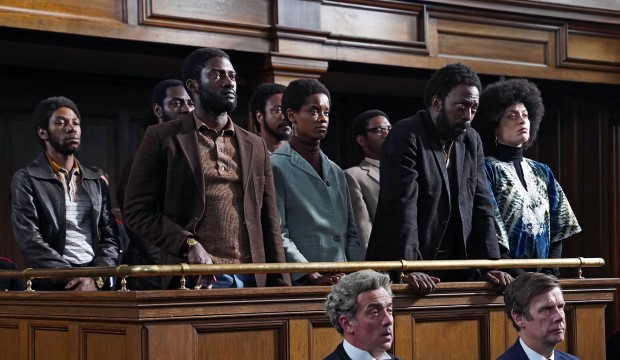 Shaun Parkes stars as the Mangrove’s proprietor Frank Crinchlow, who runs a comfortable hub for the community, accidentally turning into a kind of refuge. Customers laugh, they drink, they smoke, they gamble. It’s a lovely little venue, almost an escape from the prejudice outside.

McQueen shoots London like a colour photograph from the 70s, spread with council houses and building works. There’s ‘Go Home’ graffiti sprayed across the walls. One reads ‘POWELL FOR PM’: referencing the MP Enoch Powell, who rallied against immigration in his ‘rivers of blood’ speech. It’s only mentioned in the film once, but you can see it whetting the bloodlust of the police. They wait and stare in a car near the Mangrove, led by the rancid and villainous PC Pulley (Sam Spruell).

Although that threat is always there, McQueen indulges in Frank’s equilibrium. He revels in the fun of the community: the reggae, the steel drums, the dancing. You feel comfortable in their company. And then, out of nowhere, coppers storm inside the restaurant swinging truncheons – pulling and pushing and dragging anyone they like. Who can stop them? 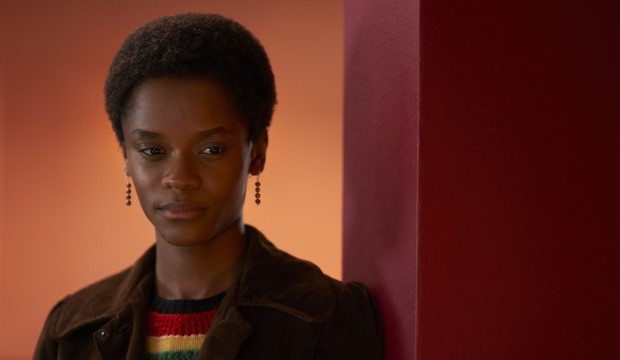 As well as Frank, Altheia Jones-LeCointe of the Black Panthers is arrested. She represents the political drive of the case. The conflict between her and Frank fascinates in its division of doing what’s right and what’s safe; serving justice versus serving jail time. Frank doesn’t want to be imprisoned; Altheia wants no concessions, no submission to the wants of the White Establishment.

Letitia Wright (Black Panther) plays Altheia with fierce resilience and rebellion, leading the protest even in the courthouse, where the case eventually leads.

The courtroom scenes invigorate with their cries of protest. Some in the Nine use this opportunity to challenge their oppressors, shaking the system from within. Altheia and fellow Panther Darcus Howe (Malachi Kirby) choose to represent themselves, cross-examining the officers who put them there in the first place. Seeing them tear apart these men in uniform thunders with a sense of justice after so much moral poverty.

As with McQueen’s previous films like Hunger and 12 Years A Slave, his aesthetic patience slithers beautifully within the politics. He lingers on an image of a knocked-over colander, still spinning after another police raid. As the Nine wait for their verdict, they sit and wait and smoke in silence – a chance to breathe.

McQueen also likes the visuals of feet: stamping becomes the noise of both fear and revolution. Maybe it’s a visual call, like the Small Axe series feels like a call: to step up and fight injustice, to help and not retreat. It’s hard to believe there are four more of these. Let’s hope they’re all as difficult to ignore as Mangrove.

Reviewed at the London Film Festival 2020. Small Axe: Mangrove airs on Sunday 15 November at 9pm on BBC One.