CripTales, BBC Four review 4 CripTales, BBC Four review Euan Franklin
With the chilly uncertainty about the runtime of Lockdown 2, bitesize stories like CripTales might become the new normal for television. Although this disability-focused series was shot before the first lockdown, the 15-minute episodes capture that Covid atmosphere – coming after socially distanced shows like Talking Heads, Staged, and Isolation Stories.

Organised by actor/director Mat Fraser (His Dark Materials), CripTales looks into the lives of disabled characters across the spectrums of class, gender and sexuality – all addressing themselves to us, direct to camera. 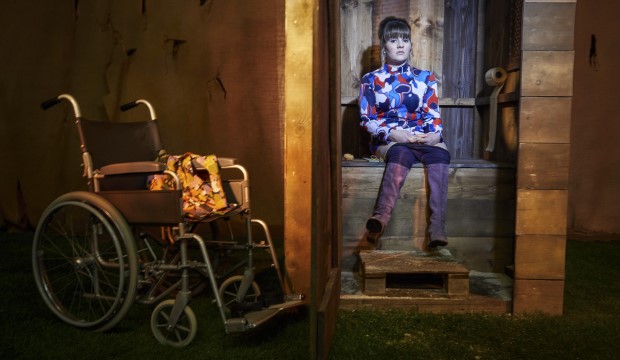 Each story is a detailed education, beneficial to everyone but especially to those who don’t deal with physical impairments day to day. For this disabled critic, the series crackles and booms like a collection of small, revelatory fireworks. Mat Fraser permits those buried thoughts to be spoken and shouted out loud.

The theatrical monologue format has always been a dangerous device for TV and cinema. It slices through the preferred passivity that makes screen stories so absorbing and attractive; at times, you can find yourself lost in the thick forestry of words, of the telling-not-showing. But you can’t ignore the vivid performances, pretty much guaranteed in these kinds of projects. And considering all the actors in CripTales are disabled, the stories weave around them with a genuine force. 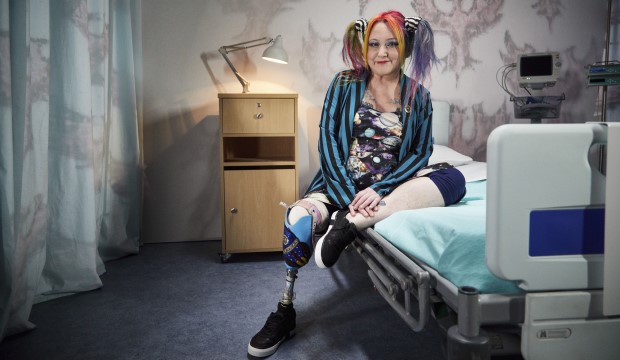 The first episode, written and performed by Fraser himself, follows a thalidomide actor moments before an audition. He lists all his well-founded anxieties, based on the casting director’s probable expectation of a non-disabled actor in the role. Considering the scant amount of screen presence afforded to disabled actors, even for productions with disabled characters (Come As You Are, The Upside, The Theory of Everything), these realities hit hard.

In Thunderbox, Ruth Madeley delivers a beautifully devastating performance as a wheelchair user who suddenly falls pregnant. It’s the most upsetting of the monologues, set in 1968 when abortion was legalised in the UK. Much of this relates to a eugenic mentality, the expectation/desire for all people to look the same.

This spreads into Paper Knickers, in which a lovelorn Jackie (Jackie Hagan) permits her leg to be amputated. There’s one moment that shakes to the core of the visible disability experience, when she says: ‘People love symmetry. People freak out if something’s a bit wrong. If I had one leg, I wouldn’t be symmetrical. I’d be unshaggable.’ 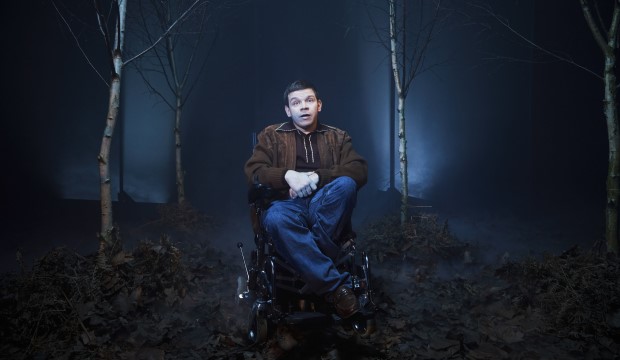 Happily, the series doesn’t fetishise the doom and gloom of disability, often dipping into the comedy of it all. Hamish is the funniest story, following an electric-wheelchair user with cerebral palsy who has a pulsing sex drive. If you don’t see many disabled actors on screen, it’s extremely rare to see a character with advanced CP being funny on telly. Robert Softley Gale, a keen spokesperson for disability stories in the theatre, delivers a rude, crude and sharply excellent performance as Hamish.

Despite CripTales being on BBC Four, deserving a higher priority in the scheduling, the series feels like a significant step forward. Jack Thorne (His Dark Materials), writer of Hamish, said last year that the industry is still stuck in the mud when it comes to representation of disability – so maybe the series will enlighten others. Maybe it’ll make them see what this massive yet marginalised group is capable of. Eddie Redmayne and Bryan Cranston had better watch out.

CripTales starts on Monday 2 November at 10pm on BBC Four 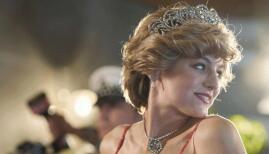