In the final episode of The Third Day, Helen (Naomie Harris) is finally reunited with her husband Sam (Jude Law), who's become a Christ-like figure on Osea island

The finale is the weirdest, scariest, and most ridiculous divorce drama concocted in recent memory. The same tensions of love and grief and separation also ripple through the recent BBC adaptation of Us; the only difference is the blood. And the knives. And, naturally, the divided death cults. 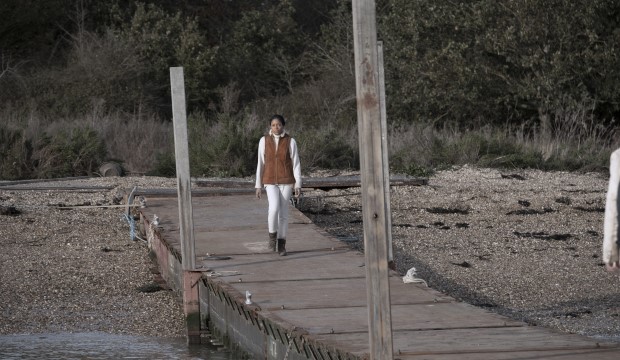 It would be missing the point and ruining the experience to spoil anything important here, so caution will be taken. As seen at the end of episode five, Helen (Naomie Harris) has finally reunited with her husband Sam (Jude Law) – both standing on the pier outside the Big House. He’s Christ-like, but in a cheap and dishevelled way: long hair, dirty white suit. The sun glistens on the sea around him, as if Osea grants his messianic status.

The two of them represent such opposite sides of a baffling spectrum; you wonder why the hell they married in the first place. Helen is the sceptic: rational, thinking with atheistic honesty – a rare sort of hero. Sam has absorbed Osea’s religion and folklore completely, gathering a heavy wave of followers.

That difficult straddling between the rational reality and the pious fantasy shows in the difference between the opening and closing parts of the series, and speaks to the pathetic fallacy of the seasons. Summer is warm, embracing, with Sam eventually – after a lot of inescapable terror – submits to the Esus forces at work. Winter is far colder and more resistant to delusion, despite the strange schism in the community leading to gory paintings on the walls.

Writer/creator Dennis Kelly, returning as the sole writer for the finale, doesn’t opt for one or the other. He’s too talented for such neat and tidy resolutions. And whereas many folk-horror pieces settle on the conceit of a violent and crazy group of zealots, The Third Day tempts you into their baffling beliefs. The question of whether Osea is a place of magic still rings to the end, leaving no obvious answers. Well, except for one: leave the bloody island. That’s a no-brainer. 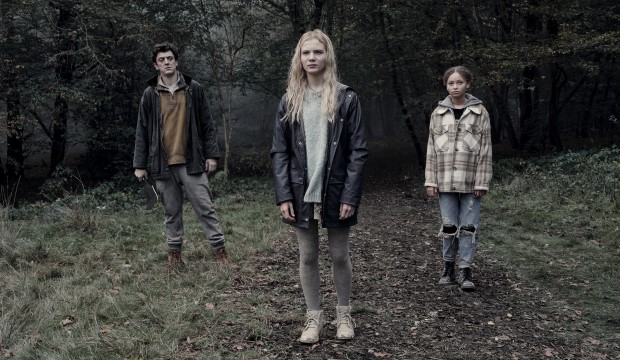 The finale retracts from the surreal, hallucinogenic flavour at the end of Summer, but maintains that pulsing strive to escape. Even more so considering Ellie (Nico Parker) left Talulah (Charlotte Gairdner-Mihell) to be with the spectral blonde girl Kail (Freya Allen) and the now-homicidal Jess (Katherine Waterstone), who both seek new leadership.

Another impressive feat in this series set in an unbelievable world is the depth of the characters and the grief they lock in their hearts. With Ellie’s direction, she could’ve been lazily drawn as a thinly defiant adolescent – but Kelly builds her into a genuine teenager, burdened with trauma and craving emotional support. You can understand her temptation into the supposed goodness of Osea.

The Third Day’s very real pain doesn’t remove from its silly and brilliant violence. If anything, it adds to the anxious experience. Horror is often a nihilistic genre, afraid of deeper human emotions – but the series embraces both at once, building to a bizarre, frightening and heart-grinding finale. It’s difficult to be divorced from a series that’s enraptured you for six weeks, but maybe it’s for the best. Stay there too long, and Osea will swallow you completely.