In the penultimate episode, Helen (Naomie Harris) searches for Sam (Jude Law) who, it turns out, is her husband. And when a pregnant woman needs urgent attention, Helen steps up

The Third Day, episode 5, Sky Atlantic 4 The Third Day, episode 5, Sky Atlantic Euan Franklin
Helen (Naomie Harris) really, really needs to stay with her kids. It’s annoying now. Every time she leaves them, Ellie (Nico Parker) or Talulah (Charlotte Gairdner-Mihell) are forced or tempted into some kind of danger. Such is the nature of Osea. Even when the patently obvious objective should be leaving the island as soon as possible, they simply have to stay.

Although Winter, so far, is repeating many of the same beats from Summer – the causeway’s closing in one hour!… half an hour!… 10 minutes! – certain gripping new details and mysteries drip from the dialogue. 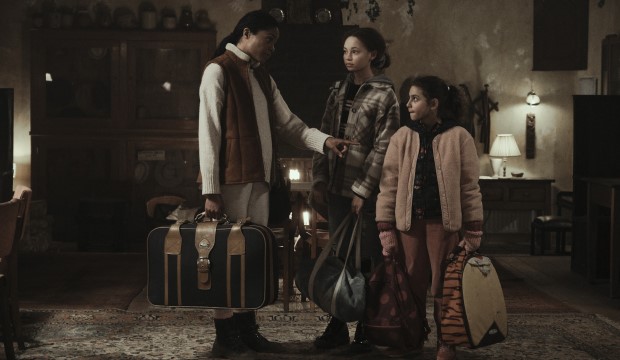 As revealed last week, Helen is/was the wife to Sam (Jude Law) prior to his arrival on the island. She begins to ask around, starting with the landlord Mr Martin (Paddy Considine), who denies ever seeing him.

A heavily pregnant woman, referenced in episode four, enters the pub surrounded by the argumentative community: their schism stretching with each passing day. The only doctor on the island has turned up drunk and so, appealing to her better nature, Helen helps with the pregnancy difficulties – being the only one there with professional medical experience.

It’s hard to trust that anything on the island is legitimate, and not just part of some elaborate theatre piece (remember Autumn?) to hide its closely guarded secrets. You start to believe what Larry (John Dalgleish) said last week, that ‘what’s meant to happen always happens on Osea’. 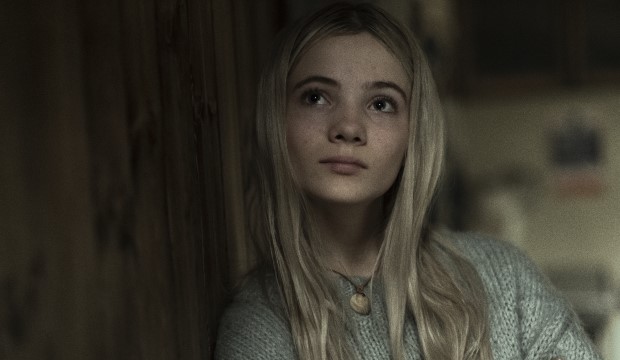 When the kids are left to their own devices (again), Ellie’s drawn to the adventurous blonde girl Kail (Freya Allen), who walks into the former’s focus as if from a dream. Ellie is religious and damaged from bullies at school, so she’s easy prey for the Osean belief system that Kail embodies. That’s what the residents do: play on emotions to manipulate potential converts into submission.

Helen is different, resistant against any kind of religious influence. She doesn’t even like that her daughter’s religious. When the pregnant woman goes missing, Helen goes on the search party to find her – joining a character draped in cowboy gear. In the credits he’s known only as The Cowboy, enjoyably played by Paul Kaye, complete with hat, leather coat, and long moustache.

He's like a creative theft from surrealist filmmaker David Lynch, who also crafted an ominous cowboy figure in his frightening film noir Mulholland Drive. What is it about cowboys? His presence is even stranger here, considering The Third Day’s uniquely British setting.

Anyway, The Cowboy forces Helen to confront her past and her dubious feelings after her son was murdered. Was this co-ordinated? Did the pregnant woman go missing on purpose? But then why would the Martins, among others, encourage Helen to leave? Is it care or reverse psychology?

Attempting to understand The Third Day is a doomed, Sisyphean task. Whenever certain explanations are revealed, writers Kit de Waal and Dean O’Loughlin (with Dennis Kelly) push you back down that foggy hill. Osea’s supposed significance takes on baffling proportions, even connecting to the Ripper murders. Yep, you read that right.

As with Lost, we’re unlikely to be treated with answers – or any that can be understood – but that’s precisely the point. Confusion is the key, and it’s the basis for The Third Day’s intense fear. The community is central to that, their beliefs like invisible infections – only rising to their lethal potential when there’s a problem. And when there is a problem, the nicest characters turn into murderous monsters.

The Third Day airs on Tuesdays at 9pm on Sky Atlantic

Hayley Squires on Adult Material: 'It was quite a ride'
Sign up to CW’s newsletter
By entering my email I agree to the CultureWhisper Privacy Policy (we won`t share data & you can unsubscribe anytime).