In the third episode, Sam (Jude Law) endures a nightmarish journey to finally escape Osea Island. But everything's against him

The Third Day, episode 3, Sky Atlantic review 5 The Third Day, episode 3, Sky Atlantic review Euan Franklin
This is an hour best spent in the dark, curtains drawn, before sleep sweeps your reality away. That's the atmosphere of The Third Day’s third episode, supposedly concluding the story of the grief-stricken Sam (Jude Law) as he tries to escape Osea island. Writer Dennis Kelly boils a devastating nightmare from which neither you nor Sam can wake.

Even more than the previous two parts, which straddled the twilight zone between dreaming and waking, episode three reverses that hypnopompic experience. The real world is carried away; intangible, unreachable. Sam is stuffed into the buried core of a dangerous trance – conjured up, it seems, by a horror-movie fanatic. 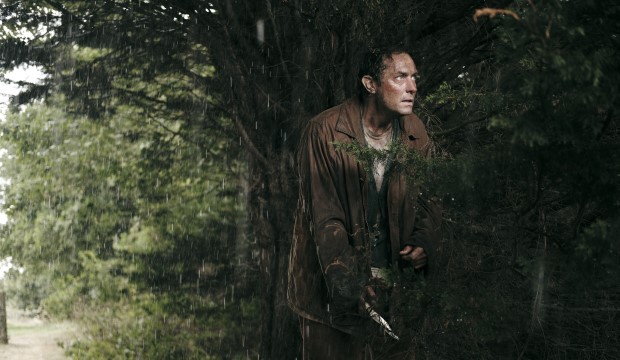 Fans of The Texas Chainsaw Massacre can rejoice: the episode opens in a frenzied dining room. But this vision is much more disturbed and surreal. Sam’s tied up, beaten by the two assailants who ended episode two. He’s in the Big House, previously teased from the outside. Inside, it’s a disorienting labyrinth of fear. It’d be sinful to recount the details here, frightening as they are, but there is blood and there are crickets.

Sam spends the episode escaping from his captors and, he hopes, the Island. He soon finds help from Jess (Katherine Waterston), as well as Mr and Mrs Martin (Paddy Considine and Emily Watson).

But, of course, everything is against him. The swarms of Hesus cult members believe Osea is the soul of the world, and that’s somehow been corrupted. Sam is the answer to their prayers. As with many cinematic cults, the threats come with smiles and surety. Their objective is clearly ripped from the latter seasons of Lost, but fits perfectly here: delusion and fantasy logic mixing confusedly together.

More than the members themselves, Osea island proves the greatest obstruction. It won’t let Sam leave. As he tries to run across the winding causeway, the sea drags it away. He can see the mainland, unfocused in the distance, but the current pulls him back. It’s a scene drowning in mystical hopelessness. 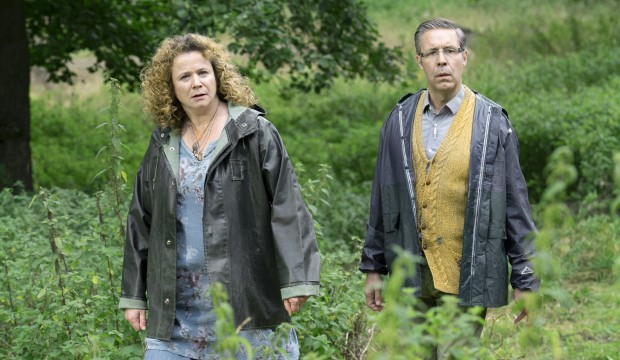 This series is filled with excellent performances, but Emily Watson is a scary force unto herself. She grows into an emotionally horrifying presence in episode three, her sweary humanity strips away, crushed into a violent enemy.

The sounds and visuals, impeccably immersive so far, concentrate to a terrifying mania. The experience is louder; the camera swoops, swoons and edges unpredictably – like the Island has stolen Sam’s consciousness. Director Marc Munden grabs you, shakes you, and throws you into a journey so terrifying as to induce tears. The nauseating perplexities overwhelm, and Kelly continues anyway.

The final apocalyptic shot lingers still in the mind’s eye and the stomach’s dark pit – swarming into every hole you thought was safe to hide inside. This is one of the most memorable, terrifying, and upsetting televisual experiences of the year.

The Third Day continues Tuesdays at 9pm on Sky Atlantic. A special 12-hour live immersive experience will air on Saturday 3 October from 9:30am on Sky Arts and online.