2 CW readers are interested
Des, ITV review 4 Des, ITV review Euan Franklin
Event television is ITV’s forte, especially if there’s murder. Think of A Confession and White House Farm, both airing within the last 12 months. Des, which follows the arrest and eventual conviction of 80s serial killer Dennis Nilsen, is different in ways good and bad. Unlike A Confession, Des turns down the realism: producing the sort of dark-roomed, heavily scored drama that makes television television.

But at the same time, the absorbing honesty in the dialogue and performances – especially from David Tennant, who plays Nilsen – produces a scary banality, an ordinary horror that could be staring at you every day. Murder with a blank face. 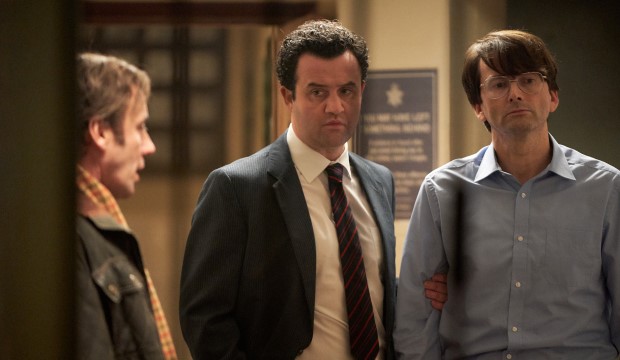 Nilsen admitted to strangling 15 men, mostly gay, to death. He dissected them, molested them, and stored many of their bodies under his floorboards. He was only discovered because a Dyno-Rod plumber, called to fix the drains, found human remains blocking the pipes.

This is where Des begins, as Detective Peter Jay (the endlessly versatile Daniel Mays) arrives on the scene and questions Nilsen. When they enter his flat, Jay asks bluntly: ‘Where’s the rest of the body?’ In that chilling, matter-of-fact tone, Nilsen replies: ‘In the cupboard.’ Nilsen is arrested and questioned about the identities of the victims, many of whom he can’t remember (or says he can’t). His case attracts the interest of gay writer Brian Masters (Jason Watkins), who interviews Nilsen for a forthcoming book.

Tennant captures Nilsen’s haunting presence: contradictively mundane and unforgettable. Compare his scenes with interview footage of Nilsen and you see everything he takes: the ponderous gestures, the monotone sentences, the faintly annoyed impatience. Throughout his career, Tennant has played heroes (Doctor Who), anti-heroes (Good Omens), and villains (Jessica Jones) – but this is a different beast, one that’ll prove an important highlight in his post-Doctor career. In Des, his customary cheek and charming smile dissolve without any consoling trace. 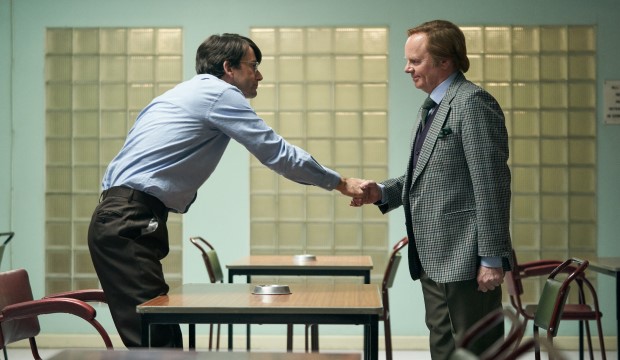 Conversations with Nilsen are gripping and frightening, as they need to be. Composed in the influential shadows of Mindhunter and the countless true-crime documentaries that feature interviews with serial killers, Des achieves a lot. Nilsen’s compulsion to control his environment, even when he’s locked up, is unnerving – even more so when he knows the system from his time working in the police.

This spreads into the various issues Peter faces when gathering evidence, especially when he breaches the police budget to investigate the victims. Despite being helpfully talkative, Nilsen is often forgetful and inconsistent. He’s also intelligent, which feeds into the question of whether he's sane or insane. You have the sense that he’s playing a sadistic game, showing how manipulative he is, how powerful.

But although Nilsen is the dark star of the show, Des is more focused in finding justice for his every victim. Serial killers are innately fascinating creatures, but writers Lewis Arnold and Luke Neal cautiously veer toward the grieving families and traumatised survivors. The names of the dead even fill a black screen at the end of the final episode, in memoriam. The series also gets across that despite the grotesque murders being all Nilsen, his evading the police for five years reveals flaws in a homophobic system.

Arnold and Neal tackle a lot in three episodes, perhaps too much. You wonder if another episode would’ve made the series more complete, but that might’ve made this week too bleak to bear. You can only be trapped in Nilsen’s web for so long.