Despite the classic complexities of plot with gruelling murders and violent characters, Lethal White is a relaxed Sunday/Monday night escape. A slightly silly and predictable detective drama, wrapped in a seductive will-they-won’t-they romance, is just what’s needed right now. It’s the TV equivalent of a cup of tea. 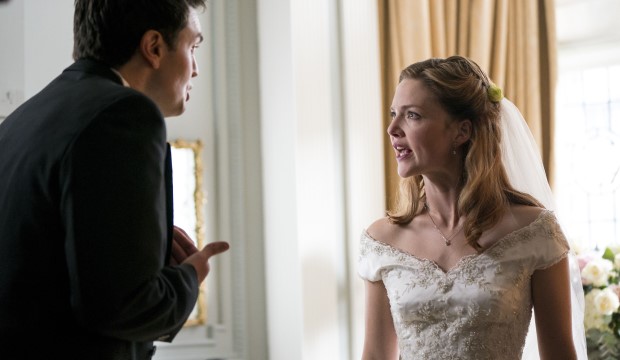 Lethal White picks up from where Career of Evil left off: Robin marries the infuriating, one-dimensional Matthew (Kerr Logan) and Cormoran rushes to… what? Stop the wedding? Unleash his feelings? If there was an opportunity, he missed it and now has to bear the reception (poor him).

He stares longingly at Robin from a distant table, and then falls asleep during the speeches. In her wedding dress, she dances her first dance with Matthew to The Calling’s Wherever You Will Go, and Cormoran stands heartbroken. Although these scenes squirm with heavy cliché, they're still strangely affecting.

A year later, the two of them take on a new case after a disturbed man, Billy (Joseph Quinn), breaks into their office. He’s carved a horse into the wall, which resembles the large, prehistoric chalk horse etched onto a hill in Uffington. He claims a girl was strangled there.

This reveals a complex connection between Billy’s anti-capitalist brother Jimmy (Nick Blood) and the family of Tory MP Jasper Chiswell. Chiswell, played by an hilariously antagonistic Robert Glenister, later hires Corm and Robin to investigate attempts to blackmail him. 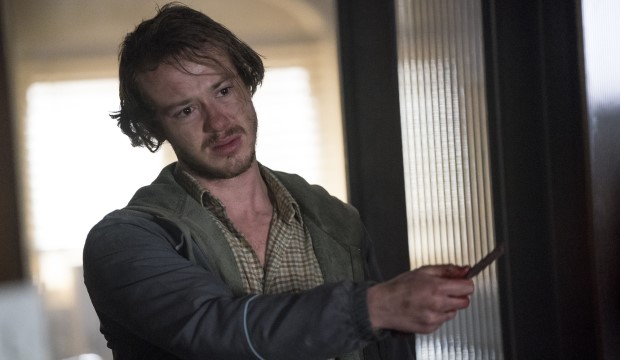 Screenwriter Tom Edge draws characters on both sides of the political spectrum with vivid but stereotypical fun. The Tories are impatient, up themselves, and they hate Europe; the anti-capitalists go on protests, discuss the horrors of Western imperialism, and attend raves with V For Vendetta masks.

This web of different connections, posh and poor family members, and potential suspects grows wider and wider. But the story is surprisingly accessible compared to the other Strike series, even with its befuddling conclusion.

The extension to four episodes, accommodating the 780-page novel, allows for more space and subtlety – making this case the most enjoyable of the lot. There’s also room for soft character moments that might have otherwise been cut, like Corm’s new girlfriend Lorelai (Natalie Gumede) and Robin’s newly developed panic attacks. 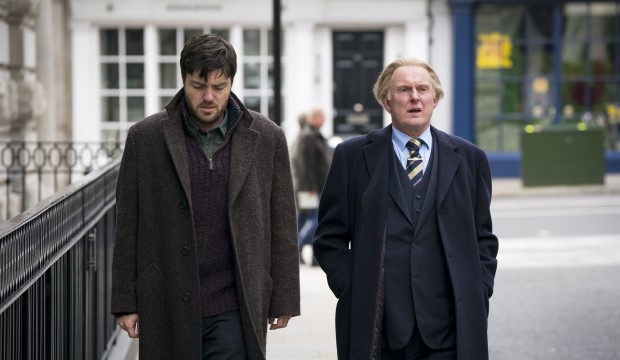 Out of the two leads, Robin has become more absorbing than Corm. Her anxiety has risen, and she receives counselling but hasn’t told anyone about it. This could’ve easily fallen into the trap of a strong man/weak woman dynamic, but it’s handled honestly and delicately. It never removes or patronises Robin’s innate talents as an investigator. Grainger has always been an arresting actor, but Lethal White really expands her emotional range – especially in episode three, which shakes and tears your heart apart.

Strike is a lovely, murderous hole to crawl into when the world is blowing up, and Lethal White is the best volume so far. Sit back, relax, and enjoy the danger.

Strike - Lethal White airs on Sunday 30 August at 9pm on BBC One, continuing on Monday 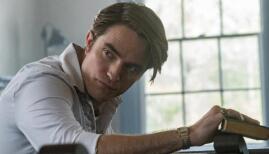 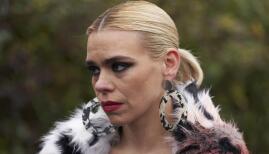