From Katherine Ryan's debut series The Duchess to the violent small-town drama of The Devil All the Time with Robert Pattinson, Netflix in September features many strange families 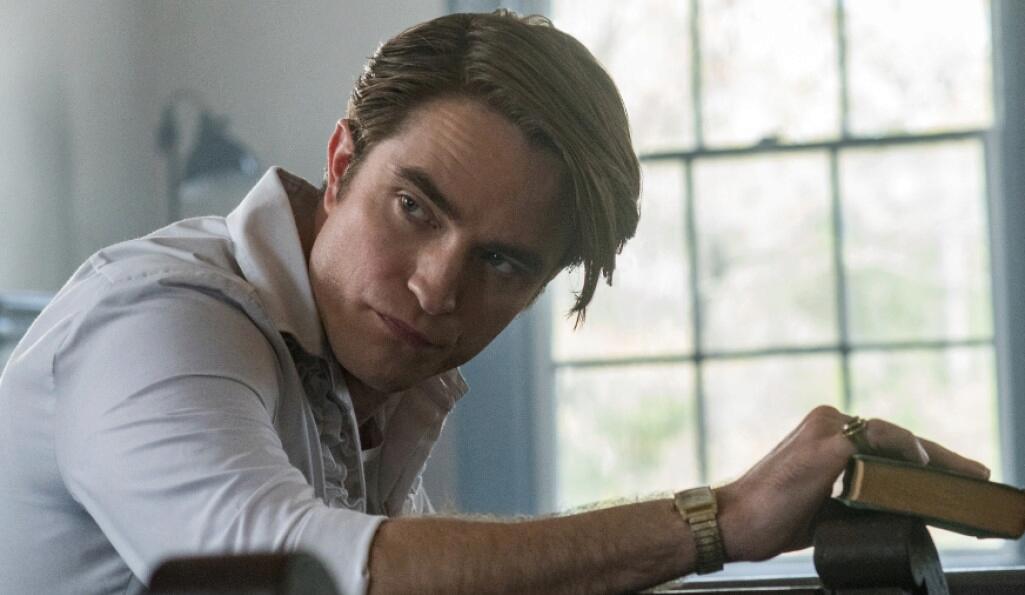 It’s exciting to see more female comedians making their own series, especially after Aisling Bea’s excellent comedy drama This Way Up. Katherine Ryan has been on the the British stand-up circuit for many years, appearing on panel shows as well as producing two Netflix specials. Now, she has a sitcom coming about the trials of motherhood – a genre that’s been growing in popularity – with shows such as Motherland and Workin' Moms.

In The Duchess, Ryan plays a heightened version of herself as a fashionable single parent. She’s a good mum, but a bad person. Katherine is thinking about having a second child, but she’s not in a relationship. She considers a sperm donor, but might ask her ex instead.

So many important lessons about race and racism have been learned because of the events of this year, especially by those privileged enough not to experience it first-hand. This new Netflix kids’ show, which tells children’s stories with an angle on race, could contribute to a more tolerant future. If kids are taught about the harm and injustice of racism from an early age, then an equal society is possible.

Featuring prominent artists and celebrities – like Lupita Nyong'o (Us), Caleb McLaughlin (Stranger Things), and Tiffany Haddish (The Lego Movie 2) – Bookmarks tells stories specifically from Black points of view, covering themes of identity, respect, justice, and action. The series is hosted by the teenage activist Marley Dias, who created the hashtag #1000BlackGirlBooks in response to the unbalanced representation in school reading lists.

Charlie Kaufman is the master of stretching viewers’ minds into taffy, ever since Being John Malkovich in 1999. He combines absorbing surrealism with deep philosophical concepts that penetrate the soul.

His new Netflix film I’m Thinking of Ending Things is more unnerving than his previous projects, sometimes resembling a horror movie. The story captures the doubts and anxieties of a nervous woman meeting her boyfriend’s parents for the first time. And the parents are… strange, to say the least.

Kaufman takes a simple concept, usually reserved for rom-coms, and fills it with scary questions about one’s self and place in the world. Like his other movies (Anomalisa, Eternal Sunshine of the Spotless Mind) or his recent novel Antkind, I'm Thinking of Ending Things stays with you for an uncomfortably long time.

At first mention, Knockemstiff sounds like an unimaginative, fictional name for a secluded American town. But, yep, it’s a real place – or it was. In The Devil All the Time, it's reanimated for a brutal, bloody family saga spanning from World War II to the Vietnam War. Tom Holland slings his way into the title role – following a web of Avengers movies, playing Spider-Man – as Arvin Russell, a young man fighting to protect his family.

Many just and corrupted characters converge around Arvin: including an unholy preacher played by Robert Pattinson (Tenet), a twisted couple played by Jason Clarke (The Aftermath) and Riley Keough (Under the Silver Lake), and a crooked sheriff played by Sebastian Stan (Avengers: Endgame). Adding to this eclectic cast list, the film also stars Bill Skarsgård (IT), Eliza Scanlen (Babyteeth), and Mia Wasikowski (Judy and Punch).

A lot of prequels feel as if they exist purely for marketing purposes. It looks the same for Ratched, the upcoming prequel for One Flew Over the Cuckoo’s Nest, which traces the origins of the ruthless and authoritarian Nurse Ratched.

But, like most of the projects created by the fruitful Ryan Murphy (Hollywood, The Politician, American Horror Story), this Netflix series has an explosively colourful intrigue about it. There are still layers of scepticism, chiefly from the fear that Murphy’s turning Cuckoo’s Nest into a horror movie (which it categorically is not), but this new sexy and surgical world looks worthy of bingeing.

Arriving in northern California in 1947, Mildred Ratched (Sarah Paulson) seeks employment at a prestigious psychiatric facility, where new and dodgy experiments are being conducted on the human mind. She enters the system and rises inside it. The series also stars Sharon Stone, Judy Davis, Sophie Okonedo and Vincent D’Onofrio.

It’s hard to think of another serial killer movie that captures the strain of passing time. David Fincher’s 2007 journo-drama, among the best ever made, broke out of the gory expectations created by his earlier film Seven and proceeds from a more intelligent perspective. Zodiac foreshadows Fincher's future like the yellow-tinged procedural drama of The Social Network and the gruesome analyses in his Netflix series Mindhunter.

The Zodiac Killer was a serial murderer operating in the late 60s and early 70s, who might have killed over 20 people. He sent coded messages to various news outlets in San Francisco, and remains on the loose. Zodiac follows the efforts of cartoonist Robert Graysmith (Jake Gyllenhaal), who embarks on his own private, off-the-books investigation into the Killer. Tension and dread rise from the realisation that Zodiac, like many serial killers, never gets caught.

How many versions of Sherlock Holmes have there been? Too many. But regardless, Enola Holmes looks like a genuinely fun and brilliantly feministic detective adventure: telling the story of Sherlock and Mycroft’s lesser-known sister Enola, here played by the brilliant Millie Bobby Brown (Stranger Things).

Written by Jack Thorne (His Dark Materials) and directed by Harry Bradbeer (Fleabag), the film follows Enola after her mother (Helena Bonham Carter) suddenly disappears. She goes to stay with her famous brothers but they’re set on sending her to finishing school, which she rebels heavily against. Instead, she escapes to London to find her mother – becoming a good detective in her own right. Henry Cavill and Sam Claflin play Sherlock and Mycroft.

We all know the issues surrounding social media and the problems it spreads, but often it’s easier to ignore them. Swiping between Facebook and Twitter and Pinterest and Instagram has become a daily routine. But many are intent on showing the dark side of this big tech, especially with the so-called ‘techlash’ literature by Jamie Bartlett, Franklin Foer and Shoshana Zuboff, as well as astounding documentaries like The Great Hack.

The Social Dilemma focuses on the issues of social media and their frightening implications on the world at large. Interviewing Silicon Valley insiders, director Jeff Orlowski examines how our society is affected and will be affected by these platforms.

The full Netflix in September slate:

Wednesday 9 September
Get Organised With the Home Edit
La Linea: Shadow of Narco
The Social Dilemma
So Much Love to Give

Thursday 10 September
Julie and the Phantoms

Wednesday 16 September
Challenger: The Final Flight
Criminal, season 2
The Devil All the Time

Thursday 17 September
GIMS: On the Record
The Last Word
The School Nurse Files