Milla is 16 years old and she is falling in love. Milla met Moses on platform four, and when her nose began to bleed, he took his shirt off to mop up her face. Milla lives with her parents, Henry, a psychotherapist, and Anna, who he prescribes sedatives to. The parents love their daughter and she loves them back, but they’re all hurting.

They’re all hurting because Henry and Anna don’t like Moses, but Milla is fighting cancer – so if Moses is what she wants, her parents will do anything to make her happy. This is the complex equation of Shannon Murphy's stunning debut, a tremendous showcase of Australian talent.

Babyteeth is based on the play by Rita Kalnejais and carefully unreels a family grappling with self-medicating addictions in different ways. Those who should protect have their own moments of weakness, while the ones diagnosed with the worst conditions often show the most courage.

There’s not a weak link in the cast: Ben Mendelsohn returns to comedic, but still heartbreaking roots, Essie Davis commands the entire frame with desperate love. Toby Wallace shines with boundless charisma as Moses and, of course, Eliza Scanlen musters resilience, candour, creativity and featherlight desire as Milla. The story structure of 'teen-with-cancer' has been wrung too many times, but here it’s not a structure. It’s a condition, but one of many characteristics of such a luminous character. 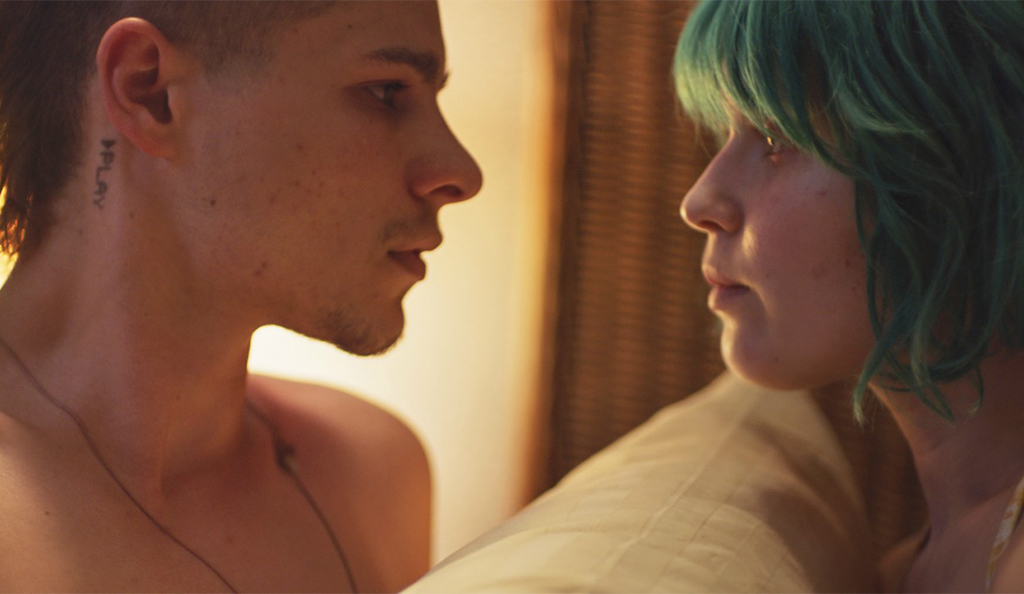 The question of functionality and social acceptability is brought to the fore, as much through wavering parents deeply concerned about appearances, and the teenagers hungrily scavenging for anything to help them feel more alive. This comes to life in electrifying nights under purple lights and distracted violin lessons, through karaoke screens that blur in and out of focus and beach trips that rip your heart out.

It’s all surveilled with a compassionate glance on a tragic, tiny reality that never loses hope. It celebrates love, in a physical, unavoidable way, in the way it makes you feel like you’re having a heart attack but without ignoring the danger of nausea that can come with that. Babyteeth is like a rush of blood to the head, a violent, passionate lurch into young adulthood with the threat of the chemical substances that could make everything end in a heartbeat.

The film's poetry lies in the reflection on the constraints of a body, the ephemeral phenomenon of growing and wilting. Dahlia season is too short, Anna finds, and every come-up is inevitably followed by a looming comedown. Everyone cares until they can’t. There are time bombs all over this story, but the soft touch means that they just turn off instead of blowing up. But, like the silence after a storm – the wreckage is still felt so deep.

Babyteeth is released in UK cinemas on Friday 14 August