Infinite variations of Little Women exist in the minds of millions. Dreamt of, wept over, memorised like gospel with every detail held close to the heart. Over a dozen screen versions of Louisa May Alcott’s 1868 novel have been produced – but so few have the incandescent verve of Greta Gerwig’s 2019 film.

To choose a worn period piece as the follow-up to the tender, melancholic and personal debut that was Lady Bird seemed misguided. But that was before anyone realised just how much familiar DNA exists in Alcott’s words.

Gerwig doesn’t completely skin the material, or claim to know better. Instead, she rips out every page, cutting shapes around dialogue and sticking notes over chapters, and reassembles it to display a new gift, born from the same family.

The story is of four sisters coming of age in the aftermath of the Civil War in Concord, Massachusetts. They are Meg, Jo, Amy and Beth March, living with their mother, Marmee, awaiting their father’s return. Gerwig’s version takes the bipartite structure of the book, looking at the adolescence of the March sisters before moving forward seven years, and smartly rocks back and forth. 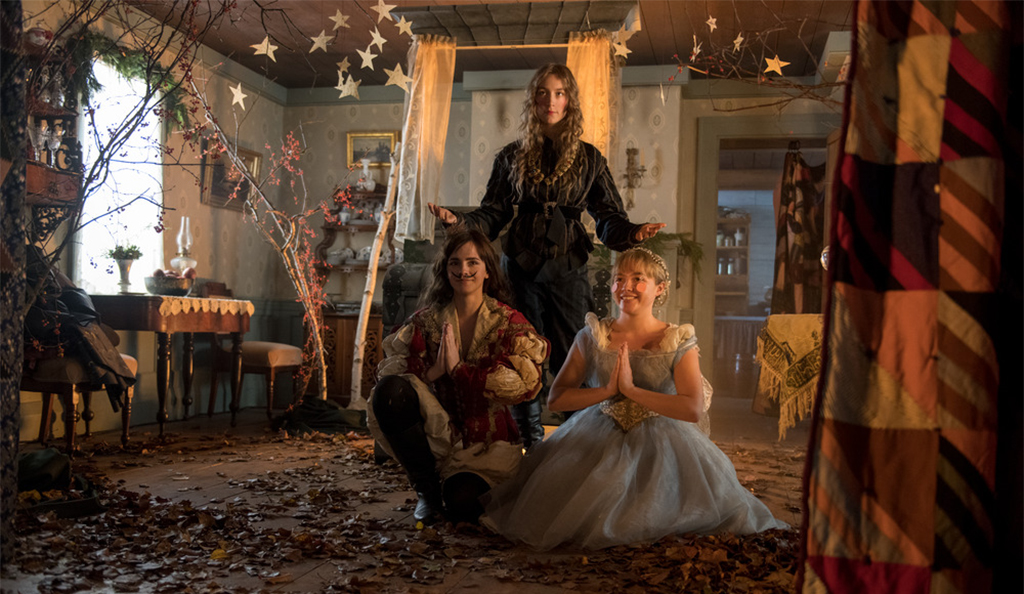 We first meet Amy in Paris, Jo is writing in New York, and Theodore ‘Laurie’ Laurence is heartbroken. It’s not the end, but everyone is worn by years the viewer has yet to catch up on. The timelines intersect, and scenes from both worlds often mirror one another. A flushed cheek has the pink of a frozen day in one frame, the red of scarlet fever in the next.

Whatever the time, Gerwig’s Little Women is permanently alive with a boisterous, marvellous spirit. Both the individual strength and complementarity of every March sister infuses the film with joy that is wide, and always earned.

Meg is the eldest – Emma Watson finds her best-suited role for years, mastering the straightforward kindness and glassy-eyed fragility of mature Meg’s domesticity. Beth is quiet and gentle, a talented pianist – Eliza Scanlen gives her precision, and a feather-light desire to heal the wicked sounds of the world.

Amy is a hurricane with middle child syndrome, fascinated with pretty things, desperate to be loved. This is Florence Pugh’s call to the stars – a thunderstruck performance of electric frivolity and open-hearted yearning. 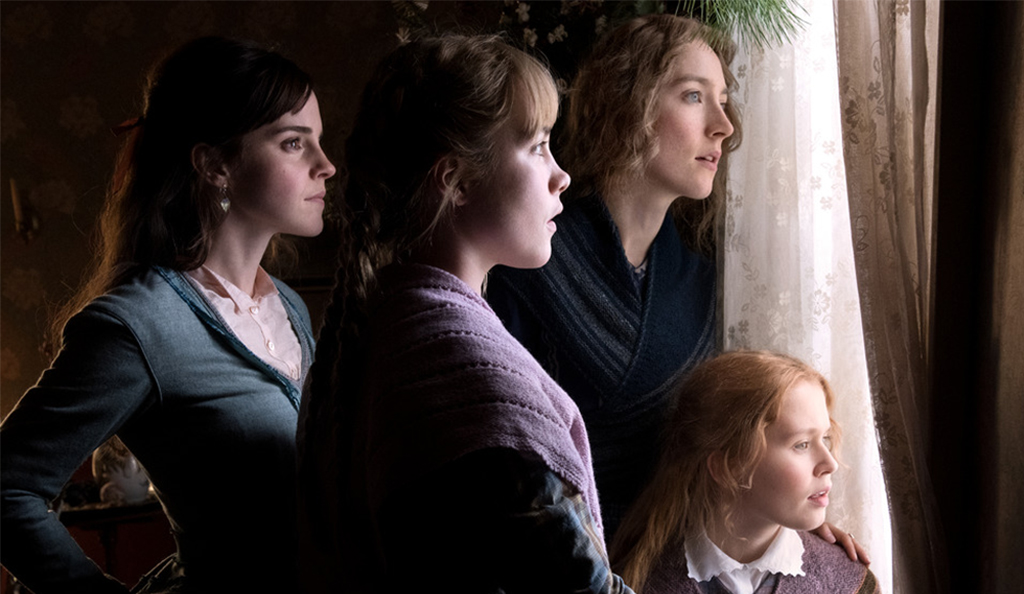 And Jo? It had to be Saoirse Ronan. Gerwig’s muse plays the sister so many want to be: the boyish, independent, ambitious writer. Ronan seems tailor-made for it, and with Gerwig’s ingenious script she effectively steers the story as a sly narrator, and suspends disbelief beyond what Alcott was paid to publish.

Little Women is about money and its urgency, love and its loyalty, creativity and pride, beauty and ambition. The story has always been about these things, but with Gerwig’s tightened dialogue and sharp atmosphere, the loose themes now feel ripe with purpose. Canonical lines are delivered simply, letting many potential endings transpire, but carrying on until every life has fulfilled its intent.

It is also achieved alongside a handful of men, who, it feels miraculous to say today, are besides themselves to be a part of the world of these women. They are fathers, grandfathers, teachers, friends and lovers who exist to enjoy, to support and make the Marches' lives as good as they make theirs in return.

John Brook is given a radical facelift from the unnerving plainness of the 1994 film courtesy of James Norton, while both Bob Odenkirk and Chris Cooper deliver stirring, vulnerable performances as patriarchal stalwarts. 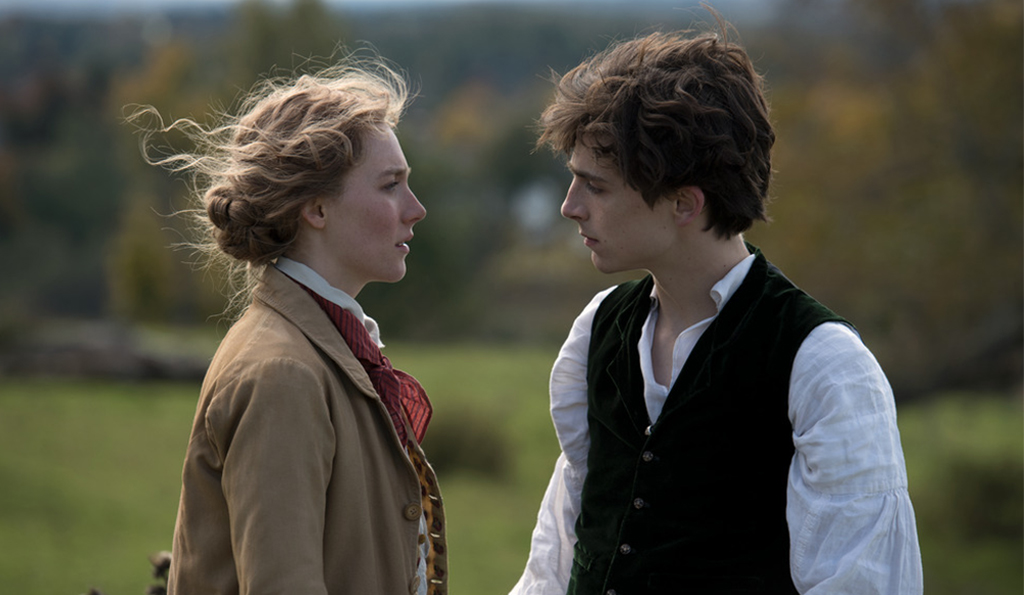 But Timothée Chalamet most masterfully owns his role. His Laurie Laurence is divine – kind, charming and loyal, but also playful, reckless, impulsive and possessive when he cannot have the things he thinks he loves enough to deserve. Vivid empathy defines his performance, as well as a singsong sense of humour that until now was left dormant. Laurie has always been the dream, and Chalamet’s interpretation lets it live on.

His liquid-clear devotion to what he desires is characteristic of the story as a whole. Whether it’s to act, to paint, to play, to write or to listen, to give and to ask for what is right – Gerwig’s film is fearless in laying down the rules for a world that can rewrite the ending as wildly as it sees fit. Who decides when the story is over?

This Little Women is a valentine to women who want. It is a piece of history, both period and immediate, that harnesses the need to succeed, to find praise and rewards – and it so bravely questions where to put these needs, what to do with the cataract of feeling that can overwhelm to the point of resignation.

Alcott didn’t give up on anything. To end this review with any one of the dozens of gorgeous quotes on offer would tie everything up beautifully. But there are infinite variations on beauty – and only one cinema experience this side of the decade that could let it bloom with such ingenuity.

To discover the story that moved the lives of many for centuries, or to rediscover how the legacy lives on. If you loved Lady Bird, this is even better.

Florence Pugh as a showstopping Amy March, Timothée Chalamet as the heartbreaking Laurie Laurence, Saoirse Ronan as the headstrong hero of the story.

How to get cheap cinema in London: offers to know
Sign up to CW’s newsletter
By entering my email I agree to the CultureWhisper Privacy Policy (we won`t share data & you can unsubscribe anytime).
7