Sharp Objects review 4 Sharp Objects review Helena Kealey
Was it really only a couple of months ago that Sky Atlantic had Culture Whisper towers on tenterhooks with the trauma-torn antihero Patrick Melrose? Goodness, the programming out of Sky has been fantastic. And all the better for its latest miserable, addiction-weary protagonist – and a woman – played by Amy Adams.

TRY CULTURE WHISPER
Receive free tickets & insider tips to unlock the best of London — direct to your inbox
Directed by the mastermind behind the HBO miniseries Big Little Lies (also on Sky), there are similarities aplenty to be found between the two shows, as Jean-Marc Vallée delivers up another profoundly disturbing, skin-crawlingly bleak story about the cruelty of women against other women.

Where Big Little Lies mirrored the high energy and hysteria of its characters, Sharp Objects is a slower, darker affair, more like Top of the Lake in tone and plot. Sharp Objects has fewer hijinks, and more noir.

The eight-episode drama adapted from Gillian Flynn's 2006 novel of the same name follows Camille Preaker (Amy Adams) a self-medicating alcoholic journalist who returns to her home town Wind Gap, Missouri to report on the disappearance of two little girls – one murdered, one missing presumed dead.

Between the rebel flags and punishing heat, Missouri – although officially a midwestern state – feels like the deep South. Everything has been touched by decay, even the young girls in their rollerblades, with their bushels of Amy Adam-esque red hair. Perhaps this is the restless and depressed Trump country we've heard so much about, where there are only two types of people according to Preaker: 'old money and trash'.

Lines of empty miniature vodkas give Camille the courage to return again to her family home, a place where tragedy and cruelty are disguised by expensive soft furnishings, cocktail-party-ready table flowers and Southern Belle American manners.

How exciting to have a recklessly self-medicating, female antihero brought spectacularly to life by Amy Adams, a woman whose story doesn't have to share the spotlight with anyone. This is the TV show to help you get over the loss of Patrick Melrose and keep you hooked until Big Little Lies returns with season two next year. 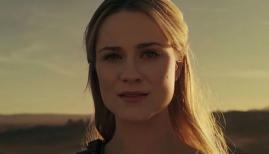 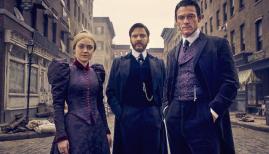