After the success of Get Out, Jordan Peele returns with Us. Lupita Nyong'o and Winston Duke star in the horror film that tunes into our anxieties

A startling image of dozens of white rabbits appears early on in Us. It's the first of many Easter eggs indicating an embedded history of cross-cultural references – see it as a dislocated reading of Alice in Wonderland, as much as a literal evocation of the spiralling mysteries to come.

The disturbing, ever-present music in the home-invasion-cum-identity-crisis horror film, with its plucked chords and eardrum-scraping screeches, brings Willy Wonka’s lapse of sanity to mind. And the words the candyman once spoke somehow feel incredibly fitting here: ‘Not a speck of light is showing, so the danger must be growing!’.

More immediately, the film is still bound to its predecessor, as this is only Peele's second film. But Us is not Get Out, nor is it trying to be. This isn’t a film that will tick the boxes, nor does it limit itself to the identity of a follow-up supplement. Us stretches the shadow of Peele’s Oscar-winning debut beyond its prescriptive dimensions, and wears it inside out with a smile full of teeth.

From 1986 to the present day, the film trails Adelaide Wilson and her family. The same woman goes to the same beach, the Santa Cruz Beach Boardwalk, and finds, as an adult, she can’t escape the terror that first found her as a young girl.

While on holiday with her husband and two children, an introspective dread manifests – imagine a world in which doppelgängers are halves of yourself you didn’t know were missing, rather than alien copies latching onto an already whole person. The world of Us is one of missing links and fillable crevices, one that forces a long hard stare at the empty spaces. 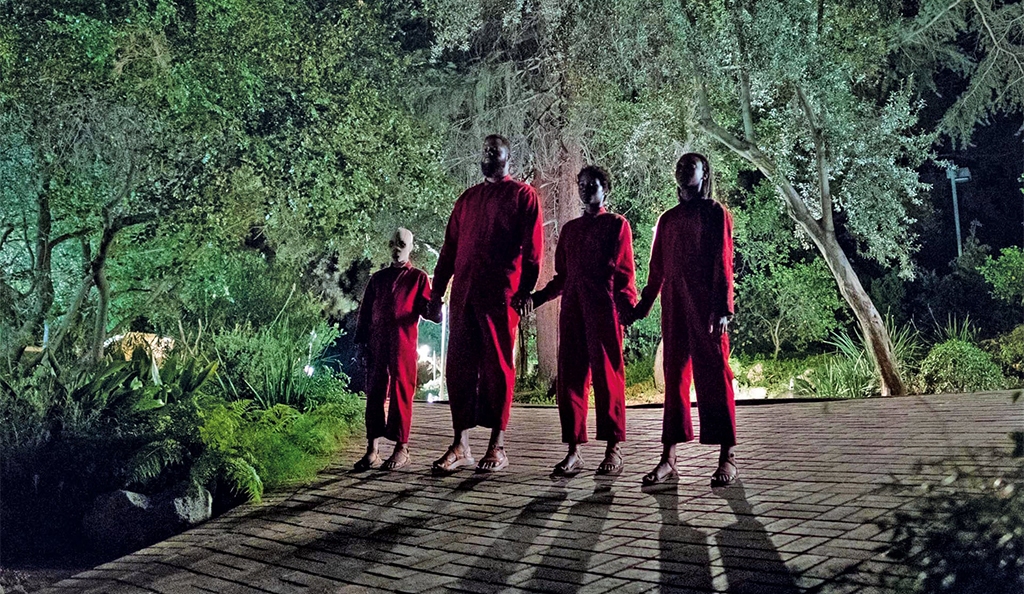 Lupita Nyong’o’s performance simultaneously submerges the screen and seems to hang from a fraying thread. Her face melts like plastic and hardens satanically, as Adelaide and her double, Red, dance around the threat of split identities.

As a mother she’s frantic, erratically and passionately a hero. But then she’s the other side of herself too – an embodiment of inescapable resentment and vacuum-sealed claustrophobia. She's the sort of villain you can’t run from, because her presence manifests like a metallic taste in your mouth, that no one else could have prevented.

The actor and her living hell are captured with caution, as Peele’s horror is one that moves away from what you want to see, forcing a journey to the inbetween places where it never feels safe to rest. There’s mastery in what’s withheld. 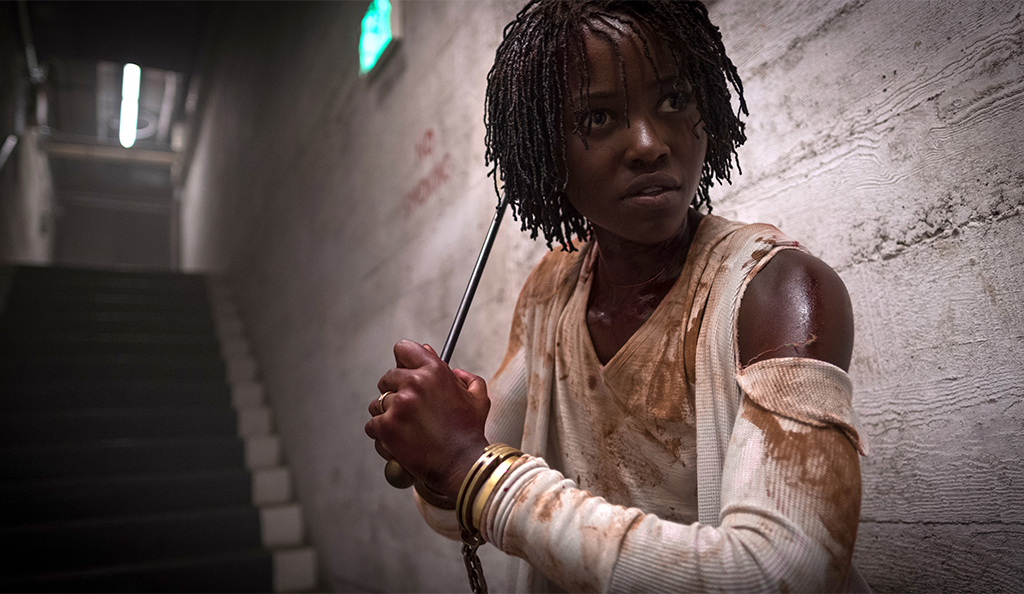 Lupita Nyong'o in Us

Allegorical imagery is never lacking. Tinted glasses and plastic masks act as gauze, just as much as the pane of a glass door or the reflections in a house of mirrors create illusions that hold more weight than reality.

Us never loses sight of its audience, though, as Peele crafts a picture as high in comic entertainment as it is in unapologetic fright. His contradictory tone creates an augmented sense of existence, one that reflects a contemporary world both shrouded in anxiety and constantly screaming for any kind of funny relief, however brief.

While the film’s relatively straightforward relay posts (flashbacks, confrontations, explanations, epiphanies) might hinder an out-of-body reaction of terror, the smart and sharp design of the director’s new nightmare invites everyone in. To find yourself, sometimes you have to lose yourself first.