Best TV shows for parents to watch on TV now, like BBC's Motherland

Whatever your family situation, there's a parenting TV show to help you through it 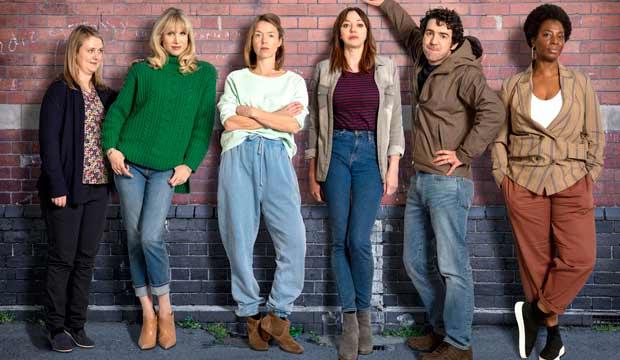 BBC Two's Motherland - another Sharon Horgan classic. Photo: BBC
Contrary to what you may have heard, you can watch an unbelievable amount of television in the early days of parenting - mostly because you're suddenly much more homebound. All of those nights out you used to have - and many other meals out and adventures - get swapped for mornings, middays, nights and middle-of-the-nights prostrate on the bed or sofa, soothing yourself with Netflix while you soothe your baby with a breast, bottle or rocking motion.

Of course, there are countless hit series to binge-watch, no matter your interests, but recently, we've noticed a spate of fantastic mum-centric television programmes designed to appeal to parents in all stages of the parenting game: those about to experience it, those living it, those reminiscing about when their children were younger. Frankly, some of these shows are so funny you'll want to watch them even if you have no interest in having children, ever. 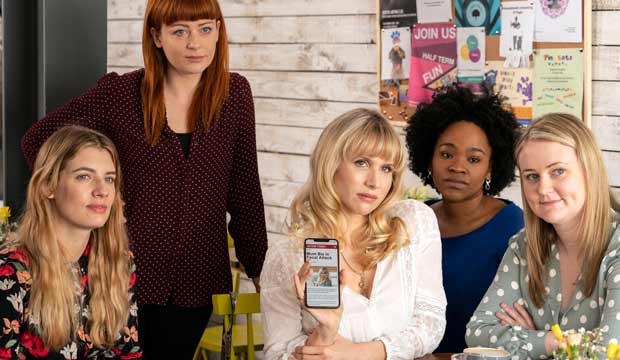 The second series of Sharon Horgan's BBC Two drama, Motherland, has just dropped on BBC Two. The show lays bare the perennial stresses of finding childcare, the power of school gate friendships and is incredibly apt in its portrayal of the misfits vs the Mean Girl alpha mums - as intimidating in adult form as their younger counterparts were in sixth form.

The second season of Motherland has just dropped on BBC Two - and perfectly nails the frustrations of trying, and failing, to have it all. The hectic pace of the show mirrors every working mother's own harried lifestyle - it's like seeing our own emotional exhaustion, televised. It's also hilarious, biting satire. Every parent who's ever tried to negotiate the annoying rubber handlebar of a scooter which keeps falling off will really, really enjoy the first scene of episode 2.

Want more mum TV? The new batch of parenting TV shows lay the experience bare, showing all of the messiness, loneliness, frustration and love that the experience entails.

For those marathon breastfeeding sessions: The Letdown, Netflix

This perfectly named Australian comedy from Alison Bell (who stars as Audrey) and Sarah Scheller is the most brilliant, realistic and relatable depiction of the early newborn-to-toddler years that we've seen - and it's so hilarious at points, we've cried (a drug dealer giving breastfeeding tips to Audrey and her attempts to plan her one-year-old's birthday party are two particular highlights). Although you'll meet some of the stock characters you expect - the striving-for-perfection, rule-following mum, the ballbusting working mum, the stay-at-home dad - Audrey's transition to motherhood while retaining her sense of self, keeping old friendships and making new ones and trying to negotiate married life post-baby is a really poignant and emotional journey. There are some harder-hitting topics covered too, including an abortion story line in the second season that focuses on terminating for reasons we don't normally hear about. The Letdown is so brilliant, we're pretty confident even non-parents won't be able to resist.

A Canadian sitcom created by Catherine Reitman (who plays the lead role of Kate Foster opposite her real-life husband, Philip Sternberg, as on-screen partner, Nathan), this show follows four women who have just become mothers, and their various journeys into parenthood: one's already got an older child so is dealing with her work as a psychiatrist and older daughter as well as her baby, another has postpartum depression and a third is ambivalent about her baby (and her partner, who has taken to parenting in a way she can't relate to). The character of Kate is coping with exciting new career opportunities while reconciling herself to her new role of working mother, dealing with relationship challenges and learning how her personal life slots into her advancing career. It's funny and heartwarming, and the toddler group sessions are particularly brilliant, while it doesn't shy away from difficult issues either, like mental health issues post-baby and unplanned pregnancy. Seasons 1-3 are currently on Netflix.

For those with school-age kids: Good Girls, Netflix

An all-star cast with Christina Hendricks, Retta and Mae Whitman is just one of the magic ingredients of this delightful show, which centres on three suburban mums who turn to crime to make ends meet - and quickly find themselves dealing with gangsters and suspicious cops, all the while making sure their kids have their healthy school lunches and aren't getting bullied. While the Thelma-and-Louise-meets-Desperate-Housewives-meets-Breaking-Bad style premise seems unlikely, it's scarily easy for any mum of school-age kids or multiples, who might be feeling a little bored, understimulated or taken for granted, to relate to (Hendricks' character, Beth, is the perfect homemaker and a mum of four) - and to fantasise about. Also, there's never been a better baddie: Rio (Manny Montana) is wonderfully cast as a mum-porn crush and makes thuggery look so appealing.

For single mums, parents of teens, young-ish parents and those with girls: Gilmore Girls, Netflix

This classic mum-and-daughter series from the early Noughties is available to binge-watch in full on Netflix; it's funny, refreshing and a must for any mums going through any insecurities. The older Lorelai Gilmore is either loved or despised by fans, but whether you think she's inspiring or insufferable, she has many great "mum" qualities despite her foibles, and her relationship with her (smart, hardworking and insanely-polite-for-a-teenager) daughter is enough to give anyone #goals. 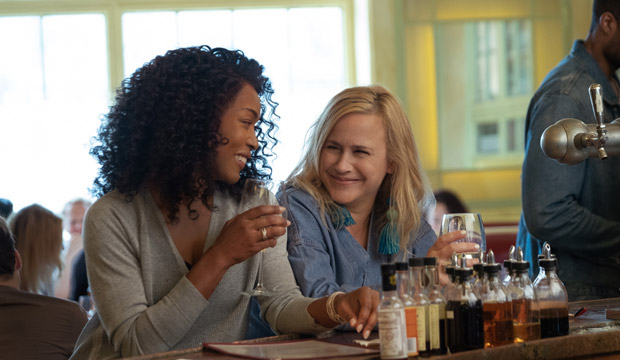 In addition to the many mum-centric programmes to watch on Netflix, there are also lots of "mums night out" movies (we're not sure why they always involve mums getting drunk and going wild, but if you look at the films on offer: e.g. Bad Moms and Fun Mom Dinner, letting loose is an essential part of the storyline). Same goes for the newest Netflix Originals movie release, Otherhood, which has an amazing cast with Angela Bassett, Patricia Arquette and Felicity Huffmann, and will appeal to the empty-nester parents whose kids have left home. The film centres on three mums with grown-up sons who are fed up of being neglected and show up on their sons' doorsteps on Mother's Day. The movie's gotten sub-par reviews for plot but everyone generally agrees the combo of acting talent is worth an hour-and-a-half of your time, as is the deeper story of friendship that mothers can most definitely relate to (see also BBC Two's Mum for another empty-nester-starts-over storyline).

Finally, many of the female comedians with Netflix specials are now focusing on pregnancy and motherhood as their subject matter: Ali Wong's Hard Knock Wife and Katherine Ryan's Glitter Room are two favourites.