The experience of motherhood is so universal, yet so incredibly difficult to translate into the right words.

It's wondrous, it's all-encompassing, it's maddening, it's devastating, energising, brutal, beautiful, messy, surprising... sometimes all before 7am.

Luckily, there are some incredible writers out there who have captured the essence of being a mother – and all its contradictions – so the rest of us can get a peek into what it entails, or feel less alone when we're experiencing certain emotions.

2020 is promising to be the year of the motherhood memoir: more inclusive, more brutally honest and more easy to find a voice to identify with than ever before. 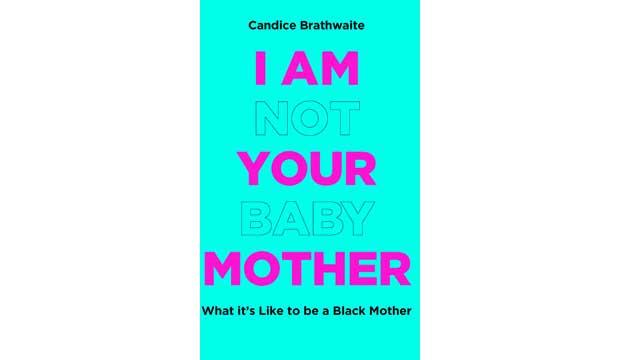 I Am Not Your Baby Mother: What It's Like to be a Black Mother by Candice Brathwaite

Candice Brathwaite is the brilliant voice behind Make Motherhood Diverse, a blog which aims to portray motherhood inclusively, and showcases the parenting stories we don't typically get to read about it in the media, from differently abled mums to those parenting children with special needs.

Her debut novel, about her own experiences navigating motherhood and noticing the lack of representation of black motherhood, is one of 2020's must-reads for all mums, new or experienced. 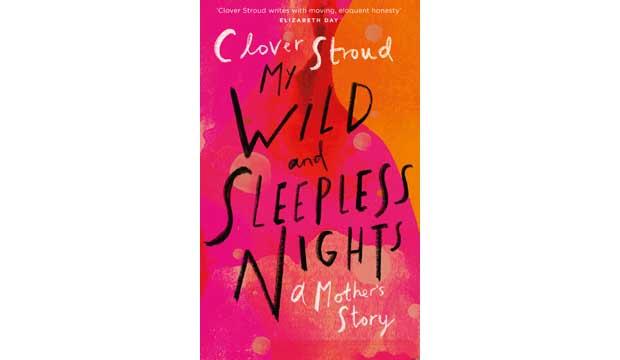 My Wild and Sleepless Nights: A Mother's Story by Clover Stroud

For any parent who's ever wondered how on earth they're going to manage this whole parenting lark, we'd recommend looking to those who are doing it - and with an extraordinary number of kids to boot.

Journalist and author Clover Stroud has five children, aged 1 to 17, and this book is an honest account of her own experiences and thoughts about losing and finding herself in motherhood, as well her insights for every stage of parenting, whether your kid's in nappies or heading to uni. 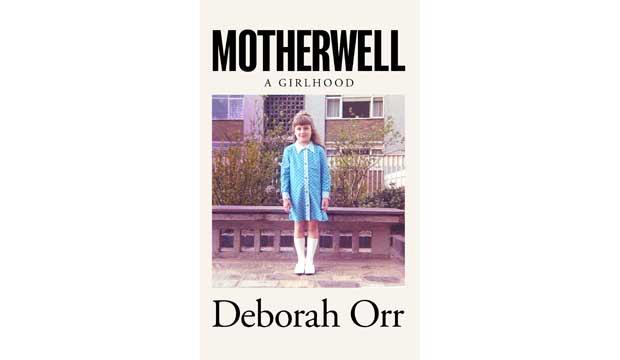 Motherwell: A Girlhood by Deborah Orr

Award-winning journalist Deborah Orr's exploration of the complexities of the mother-daughter bond - and an ode to the love-hate relationship she had with her hometown, Motherwell, in Scotland - forms the basis for this autobiographical work.

Orr's writing beautifully captures that conflict and tension of yearning for parental approval and knowing that no matter what choice she made, it would be the wrong one for her mother, who never had the same agency over her life choices that her daughter would. Sadly Orr passed away in October 2019, so this is her final book. 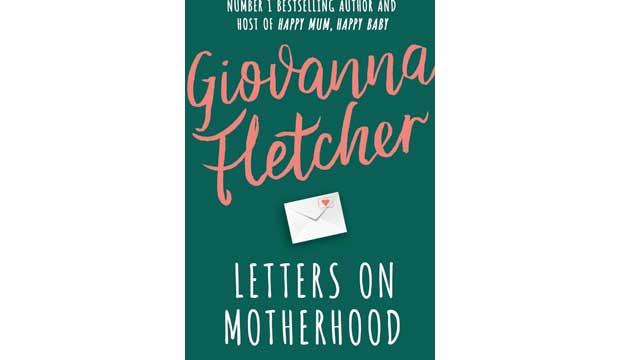 Letters on Motherhood by Giovanna Fletcher

Giovanna Fletcher is a mum of three, podcast queen and accessible, easy-to-relate to voice in the sea of endless depictions of perfect parenting.

Her latest book is a collection of letters she's written to her three young sons which touches on everything from mum guilt to body image, to the dreams she has for her children's futures. 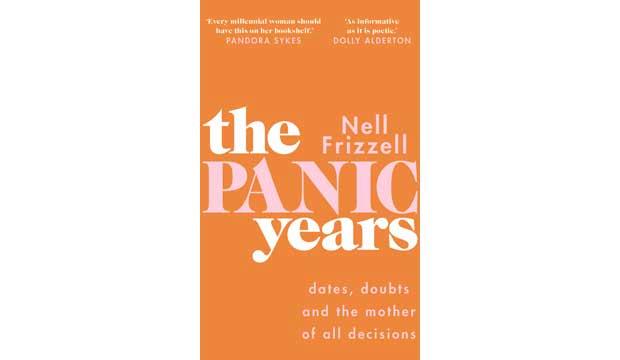 The Panic Years by Nell Frizzell

Vogue columnist Nell Frizzell's debut is a must-read for millennials, that chronicles all of those big decisions a woman is expected to make between the ages of 25-40: where to live, if they should marry, what to do with one's career.

And that other biggie: to have a baby or not. It's the essential book for anyone who finds themselves youngish, and pregnant - or isn't sure if they ever want to be parents.

We'd recommend poring through Frizzell's parenting columns for Vogue and The Guardian while you wait for its release - her writing is sharp, funny and very easy to connect with. 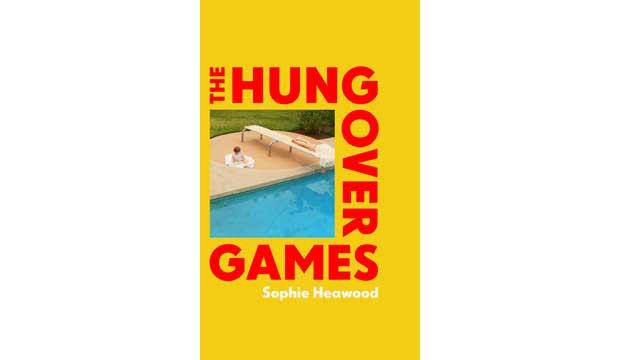 The Hungover Games by Sophie Heawood

This memoir of single motherhood hitting when you're really not prepared for it is funny, honest and written by seasoned journalist Sophie Heawood.

Not only is it about coming to terms with pregnancy when you'd rather be partying with friends, it's about reinventing the nuclear family narrative. Think Bridget Jones for the Tinder generation. 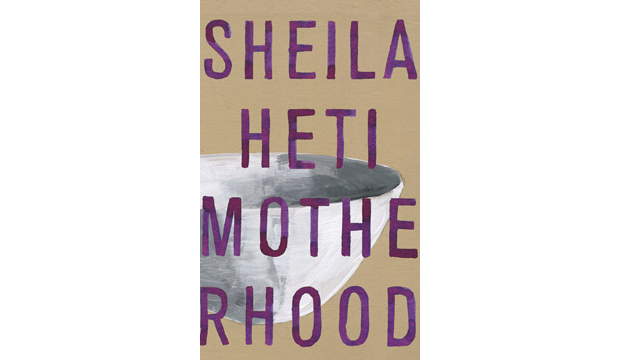 In Motherhood, Sheila Heti grapples with the conflicting desires and pressures of whether or not to have a child at all, as well as the issue that if a woman decides against children, then she is expected to bestow something truly fabulous on the world instead.

Ambivalent and contradictory, honest and fragmented, this is a book that speaks to all women.

'On the one hand, the joy of children. On the other hand, the misery of them. On the one hand, the freedom of not having children. On the other hand, the loss of never having had them – but what is there to lose? The love, the child, and all those motherly feelings that the mothers speak about in such an enticing way, as though a child is something to have, not something to do. The doing is what seems hard. The having seems marvellous,' Heti writes. 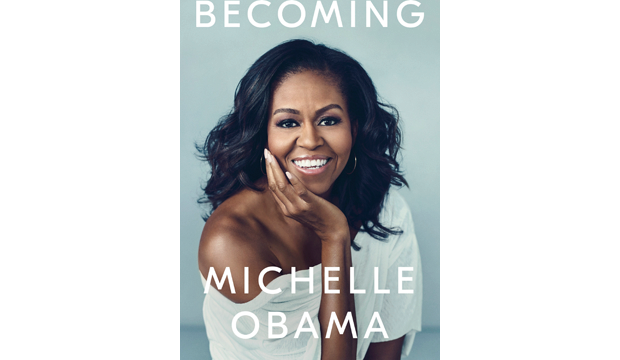 Becoming isn't an ode to motherhood per se, but in parts, it's a memoir of motherhood which offers glimpses into how Obama wrestled with protecting her children as their lives became increasingly public.

It also touches on the topic of work post-motherhood: Obama rethought the whole linear idea of life and career, something that happened as the result of two factors, meeting Barack (who wasn't afraid to 'swerve') and becoming a mother.

She tells readers that they have the right to change their mind at any point – we are constantly evolving, or becoming, after all – which is a message that's so important for mothers working out how to blend their career with parenting.

This whole book feels like an intimate conversation with a girlfriend; one that happens to be wonderfully inspiring, and with a former First Lady who can rock a pair of Balenciaga gold thigh-high boots like no other.

'Now I think it’s one of the most useless questions an adult can ask a child – "What do you want to be when you grow up?" As if growing up is finite. As if at some point you become something and that’s the end,' she writes. 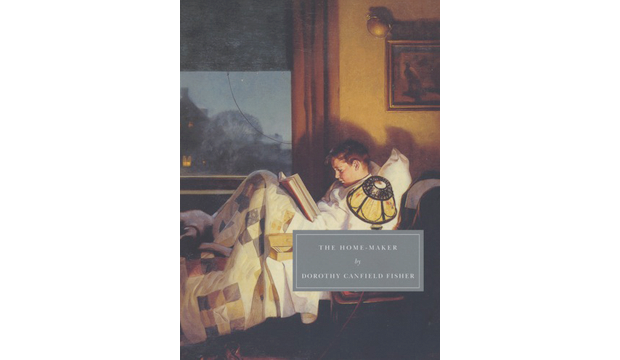 The Home-Maker by Dorothy Canfield Fisher

Written in 1924, this novel from Persephone Books by American writer Dorothy Canfield Fisher brilliantly captures the frustrations of parents when they're pigeonholed by society into the roles they should have.

Evangeline is a frustrated home-maker and mum of three who would be much happier in an office; her husband is miserable at work and would love nothing more than to spend time raising his children.

Disaster strikes – or perhaps a stroke of fortune - and Evangeline has to work after her husband falls off of a roof and is housebound. Children and parents alike flourish.

'Oh Lester, let me do that! The idea of your darning stockings! It's dreadful enough your having to do the housework!'

"Eva darned them a good many years," he said, with some warmth, "and did the housework. Why shouldn't I?" He looked at her hard and went on, "Do you know what you are saying to me...? You are telling me that you really think that home-making is a poor, mean, cheap job beneath the dignity of anybody who can do anything else," ' Canfield Fisher writes. 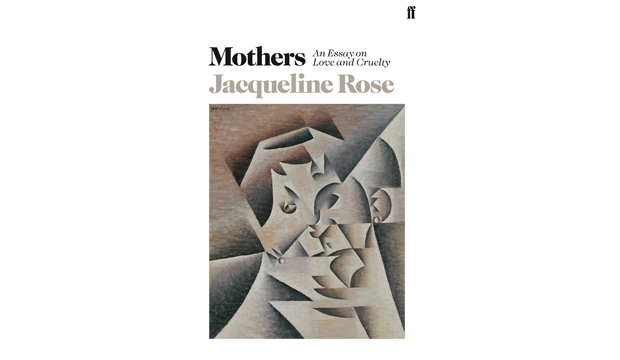 Mothers: An Essay on Love and Cruelty by Jacqueline Rose

Is tormenting mothers one of our favourite societal pastimes? This book argues that mothers are the ultimate scapegoat for all of society's ills.

Rose draws on various resources to make her argument on the impossible demands society places on mothers, including policy documents, feminist theory, social history and psychoanalysis, in this compelling must-read. 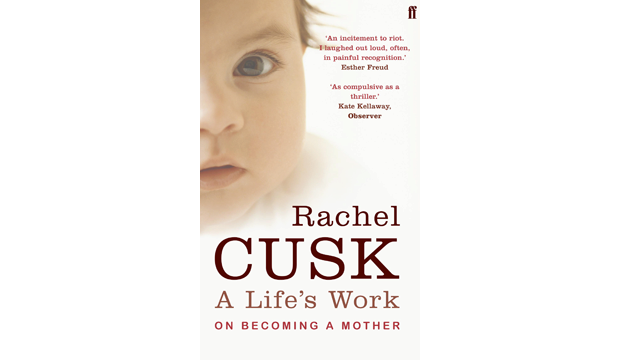 A Life's Work: On Becoming a Mother by Rachel Cusk

Cusk's ambivalent exploration of new motherhood is one of the first books to honestly describe those early months of parenting for what they really are at times: exhausting, bleak, and isolated, rather than the calm and beautiful image that we're told it should be.

Cusk was derided by critics at the time of publication in 2001 but this work is now seen as one of the seminal books that truly captures motherhood in all its contradictions. It's also extremely funny – Cusk even makes colic a topic we want to read about.

'I am sure there must be a word for it in German, something compound like lifegrief that would translate as outpouring of sorrow at the human condition, for I do not entirely believe that it is a digestive malaise,' she writes. 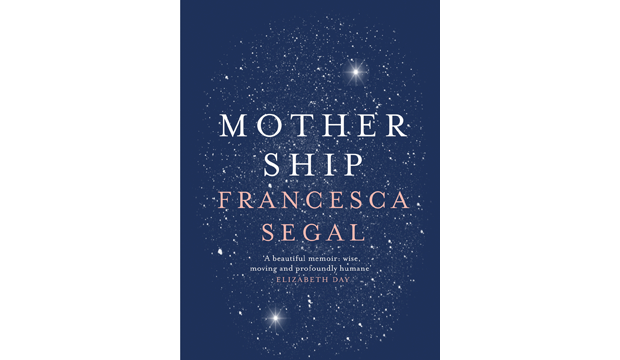 A memoir of Segal's time in the neonatal intensive care unit after her twin daughters were born prematurely, Mother Ship is a love story which captures the terror every human feels at the unbearable, indescribable pain that comes along with bringing a human into this world – the possibility of losing them.

Segal's memoir talks about a different kind of motherhood; one that we need to have more candour and conversations about. It's also a story of hope, friendship and overcoming the odds.

'Our greatest gift to one another is this: each woman here has been swept out by a riptide, pulled far from the current of normal motherhood. Apart and all together in this space, our odd craft, we are drawn back into the folds of the unremarkable,' she writes. 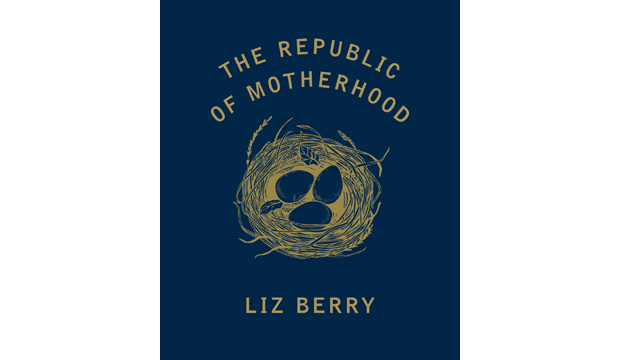 The Republic of Motherhood by Liz Berry

An electrifying poetry collection, this ode to new motherhood has picked up numerous awards and plaudits for its honesty and beauty. Bonus: unlike a proper novel, there's actually hope of squeezing in a poem or two in the sleepless haze of new motherhood.

'I lay down in Motherhood’s bed, the bed I had made
but could not sleep in, for I was called at once to work
in the factory of Motherhood. The owl shift,
the graveyard shift. Feedingcleaninglovingfeeding.
I walked home, heartsore, through pale streets,
the coins of Motherhood singing in my pockets.' 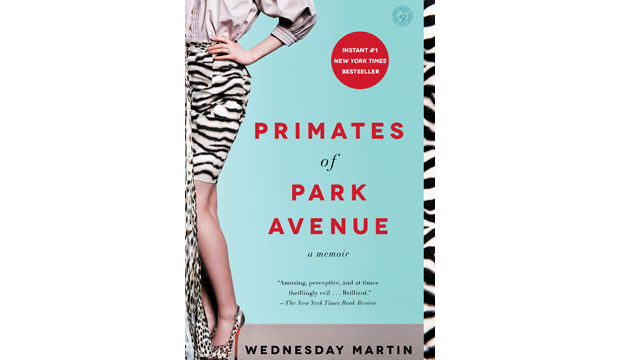 Is motherhood a competitive sport? In Upper East Side Manhattan, most definitely. Entertaining, cutting and totally absorbing, this look at parenting from a social anthropologist's lens is one of those can't-put-down reads – pack it for your next holiday. A TV show of the book is in the works.

'This explained why Upper East Side mothers all wore tiny medallions engraved with their children’s initials around their necks. And stacking rings, one for each child, on their fingers. And entered the names of other mothers in their contacts under the names of their children, so that, on so many of my new friends’ phone and email lists, I came up not as 'Wednesday Martin' but as 'Eliot M/ mother, Wednesday M.' We were our children, utterly merged together.' 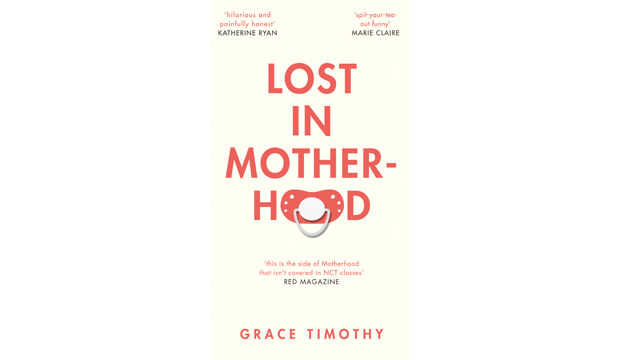 Lost In Motherhood: The Memoir of a Woman who Gained a Baby and Lost Her Sh*t by Grace Timothy

Previously published as Mum Face, Lost in Motherhood explores the identity issues facing most new mums: after pregnancy and childbirth and now faced with a tiny human, who am I?

Honest, hilarious and very easy to relate to, it's the kind of book you'll read in a day and then buy for everyone you know who's just had a baby. 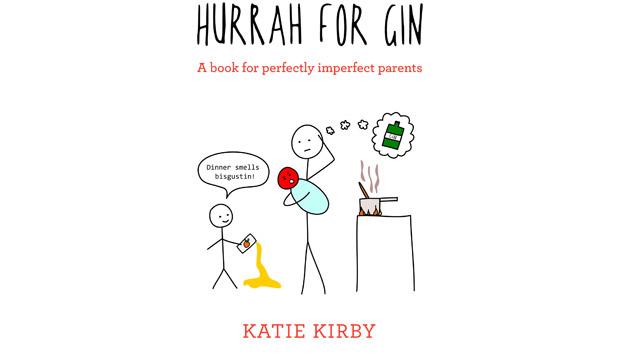 Hurrah For Gin by Katie Kirby

The antidote to the pressurised expectations of perfect Instagram-style parenting posturing, this book is filled with anecdotes parents can relate to, as well as hilarious stick-figure cartoons. There are a couple of companion books if you love it.

Real and honest, it highlights many of the less-glam aspects of parenting, in a funny, uplifting way. Note: it's better appreciated by those who already have a kid or two rather than first-timers who have yet to experience many of the joys Kirby highlights...