Must-see art in London for kids

Desperate to get your kids excited about art from a young age? Find us a London parent who isn't. We've rounded up the paintings and sculptures they'll love. 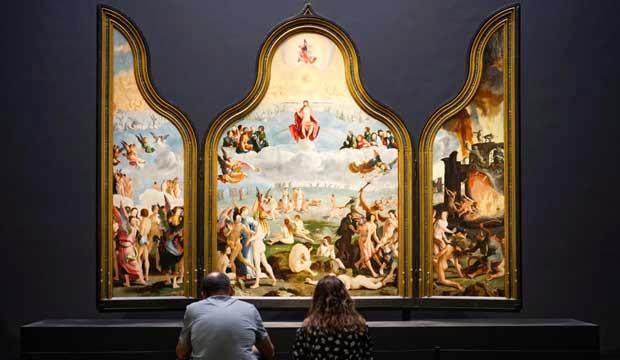 Photo: Christian Fregnan
Pre-kids, we used to love lolling about in London's glorious art institutions, revisiting our favourite paintings, marvelling at how certain sculptors mimicked reality so precisely and discovering that contrary to everything we'd ever believed about ourselves, we could easily spend several hours staring at medieval religious art.

We've learned something: it turns out, we don't need to abandon our artistic endeavours in favour of hours in a soft play centre weekend after weekend. We just need to show the kids how magical art is - and not just in the special exhibitions, but in London's thrilling permanent collections.

Here are some of the inspiring artworks for families to visit in London now, plus some extra resources to get kids excited about art.

Must see paintings and sculptures 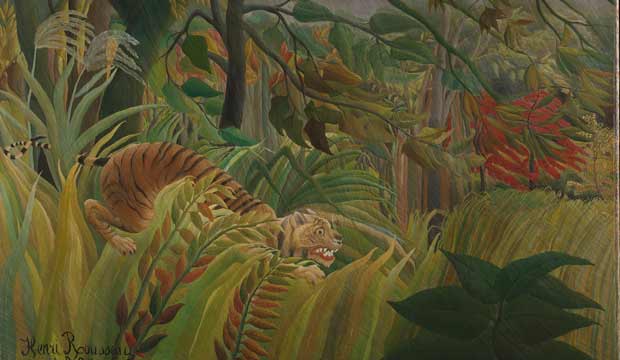 Animal themes in paintings are a good way to entice children from the get-go. Who doesn't love getting up close and personal with a tiger, after all?

Rousseau's jungle painting is a fun one for the viewer (of any age) to analyse: we can't be sure who the tiger's prey is, or even what the outcome of this picture is (perhaps the tiger succeeds, or is there a band of hunters who get him first?).

Rousseau's painting style is unusual - bright blocks of colour, exaggerated forms - and not everyone was a fan. Up close, you see lashings of rain, which Rousseau conveyed by trailing silver paint across the canvas. He painted several more jungle themed works after this one, so if your child is a fan, there are plenty more to discover. 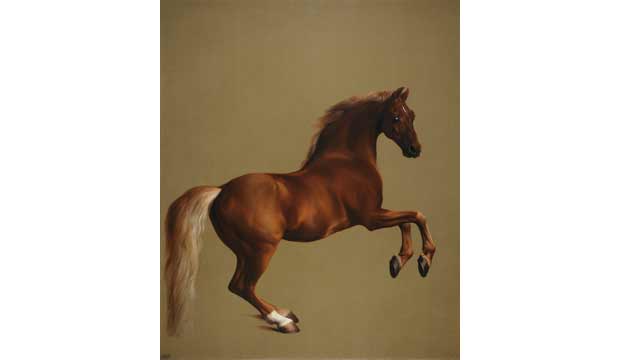 This majestic, larger-than-life painting (it's nearly 3m tall) is always a favourite with children. Fun fact: Stubbs painted a variety of animals in his career, having taught himself anatomy and dissection.

In his time, Whistlejacket was a star racehorse, and the painting is also impressive in that he is the star focal point in it: there's nothing in the background to distract us from his splendour, and he's painted in a regal manner, like a royal might be.

The attention to detail is extraordinary, from the pulsating veins in his legs to the expression on the horse's face, causing some of Stubbs' peers to speculate that this painting was George III's unfinished equestrian portrait. 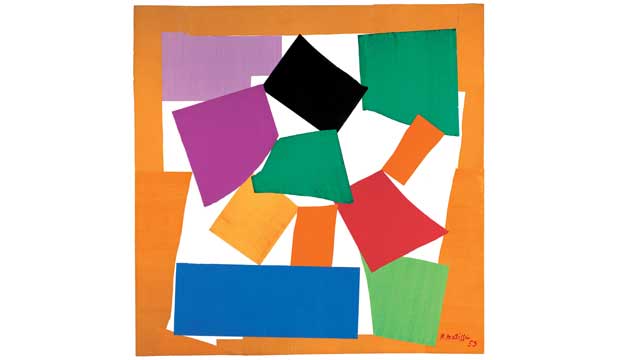 Colours and abstract shapes and decoupage, oh my!

Matisse's Snail was made after the artist was confined to bed rest, with torn bits of paper painted in gouache by assistants - a technique that's come to be known as "drawing with scissors."

It's perfect for teaching kids about colours and complementarity - the vibrant effect is the result of Matisse pairing complementary shades together. 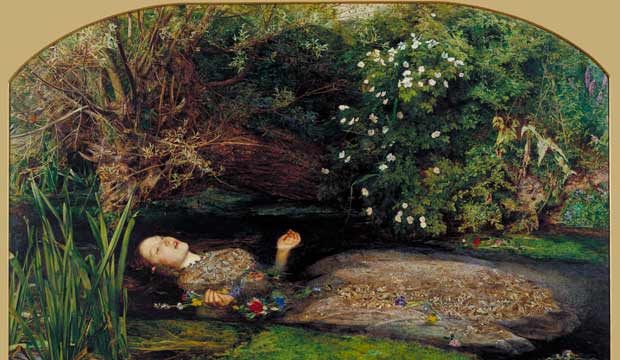 This painting is a prime example of the Pre-Raphaelite Brotherhood's style, from its subject matter to the intensity of colours to the intricacy of the landscape (it's also dripping with symbolism, as each flower has its own double meaning).

Not only is it a gorgeous work of art to behold, it's relevant for all kids getting their first taste of Shakespeare. 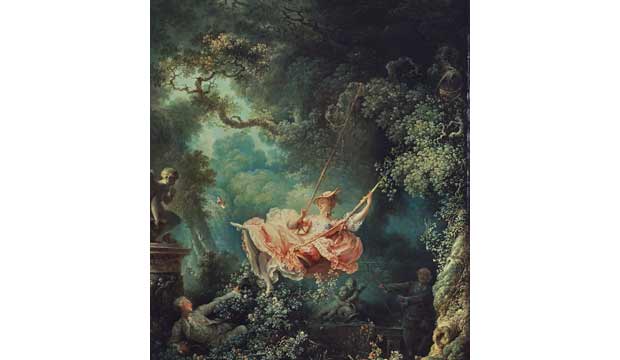 The Swing by Jean-Honoré Fragonard, 1767-68, The Wallace Collection

The Rococo art movement, with its sugary pastel hues and chubby cherubs, is one way to get children interested in pastoral France of the 18th century.

Fragonard's most famous work looks innocent enough to begin with, but a closer glance reveals both a husband and a lover, who is enjoying the view from his perch below the lady's petticoats. Too much for a five-year-old? They'll be happy enough talking about the lady swinging in the pink dress and comparing her playground to theirs. 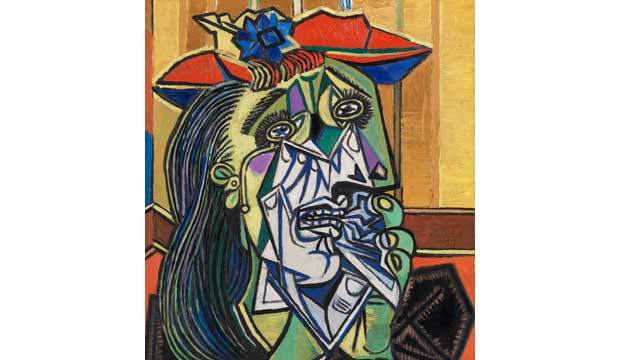 Picasso's abstracted portraits, like this one of muse Dora Maar, is an incredibly powerful depiction of human suffering - that also engages children of all ages with its colours and unexpectedly jagged angles and lines.

It pays homage to art through the ages, which often centred on a weeping, female (religious) figure. 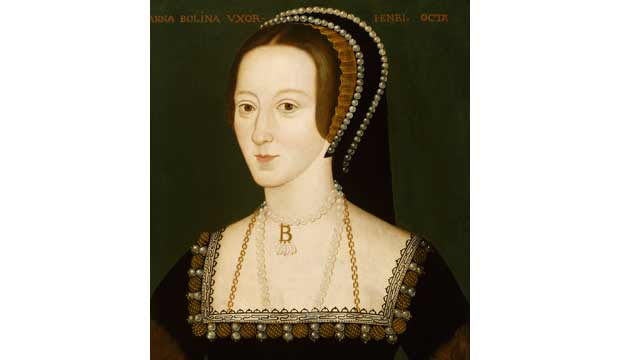 Anne Boleyn by Unknown English artist, oil on panel, late 16th century, based on a work of circa 1533-1536, National Portrait Gallery

Since all of the cool kids are booked in to see Six, everyone's talking about the Tudors - but you do want to make sure your pre-teen knows Henry VIII's wives didn't really have nose rings and pink ponytails.

This painting of the ill-fated Anne Boleyn shows the queen wearing her signature B necklace, and draws the viewer to her "eyes which were black and beautiful." 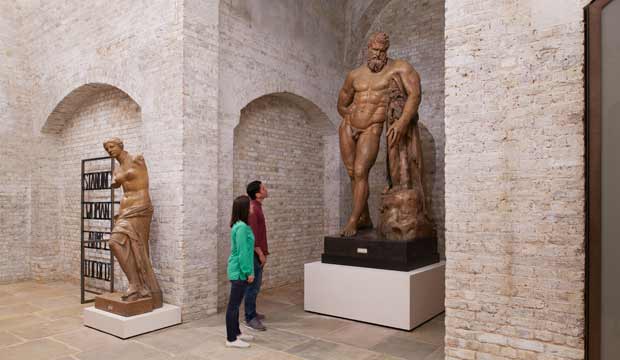 This cast of the Farnese Hercules was made for the RA Schools and is a good one for any children learning about the Ancient Greeks in school (or obsessively reading Percy Jackson at home). You can spot the skin of the Nemean lion - who Hercules killed for his first labour - draped on the club he leans on, as well as the three golden apples from the Garden of the Hesperides that he stole.

There's also a metal pin sticking out of Hercules' lower abdomen, which previously held a fig leaf to protect the sculpture's modesty. 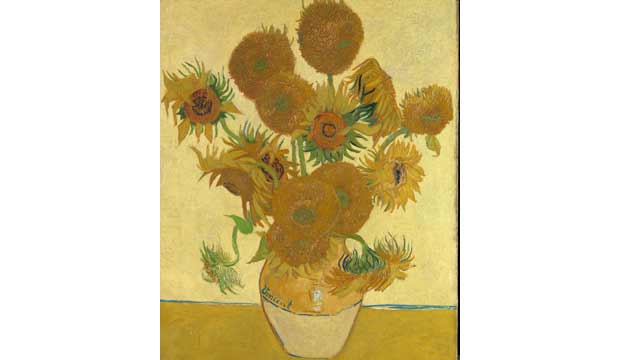 No child can resist the power of Vincent Van Gogh - his personal history is as captivating as his visual style, and once they hear about his ear being cut off, they're desperate to see that self-portrait (it's at the Courtauld, which is reopening in Spring 2021).

This Sunflowers painting is a firm favourite, with variations on the theme of yellow as well as a statement on the passing of time (notice how wilted some of the sunflowers are). 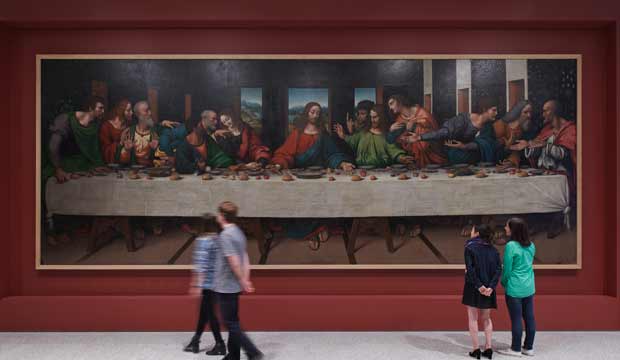 One of those paintings you can look at and analyse for hours, this is a must-see (the original is in Milan, but this version is very similar, and has details you can't see in the original, like the salt-cellar overturned by Judas' right arm).

This painting gives the whole family plenty to discuss, from identifying the who's who of gathered apostles to the symbols of what's to come (Judas' purse, Peter's knife, etc).

After spending the morning on a National Gallery trip with a Year 2 group - and getting a mini crash course in art history ourselves - it quickly became apparent that one way to get the kids loving art, is to have someone make it come alive for them.

The Little Grand Tour is popular for mini art historians around London. Run by Isabel Lamb and her team of experts, the company hosts tours in art auction houses like Christie's, as well as the V&A, Wallace Collection, National Gallery and more. Suitable for kids six and up, tours typically last two to three hours.

Imagine Art Club is an after-school arts club with a twist: kids not only explore hands-on art for themselves, but they study famous artists and movements and make field trips to London's top museums, where they get immersed in the artworks, drawing, discussing and dressing up like the people in the paintings.

Vincent & Frida offers art history courses for the 7-12 set, with taster sessions on everything from Ancient Greek pottery to medieval bestiaries by way of Byzantine mosaics. The immersive lessons have the feel of a real class, with all sessions held at The Observatory near Russell Square.

Neverland Children's Tours host a range of kid-friendly tours across London, from a Lomography photo workshop across Camden to an Egyptian-centric tour at the British Museum. For painting aficionados - or soon-to-be ones - there's also a Surrealist tour at the Tate Modern.

Fun fact: most London museums offer weekend workshops and activities - free of charge - for families with kids of all ages. Often, these are tied to the special exhibitions on offer, and are a great opportunity for kids to craft and learn. You'll find everything from family trails and backpacks to protest art workshops to screen print making and much more.

Art books and other resources for kids

One way to get the kids excited about spending the day in a museum? Seek out artists and paintings in books, first. 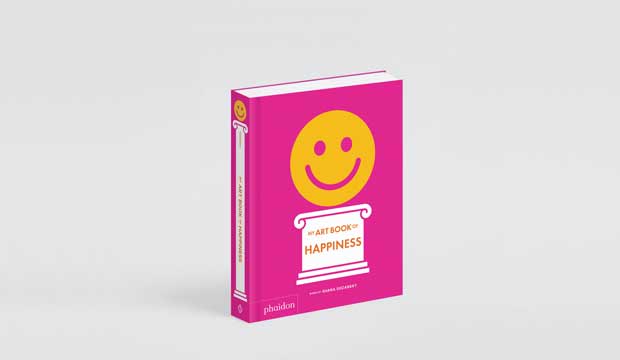 Explore how art is linked with emotions with your toddler by browsing through Phaidon's latest release, My Art Book of Happiness, by Shana Gozansky (£14.95). The chunky board book for the 2-4 set is filled with 35 reproductions of paintings from various points in history, which can all inspire a feeling of happiness. 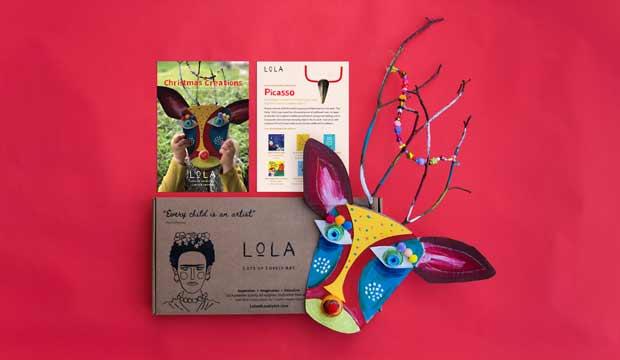 There's family arts sessions - which usually end with a messy home and an upturned bottle of glitter - and there's LOLA, which stands for Lots of Lovely Art, and is a subscription box service to get kids painting and making like the artistic greats.

The boxes cater to kids 3+ or 6+ and are divided by artist and theme. You can buy one-off boxes - Textured Textiles is an introduction to Matisse, William Morris and Andrea Myers, or focus on the theme of love with Robert Indiana, Jim Dine and Gustav Klimt - or subscribe to a three-month, six-month or yearly subscription.