Both have been passed through friend groups with glowing recommendations, caught literary critics' attention and dominated Instagram feeds. But it's Circe especially that captures the contemporary zeitgeist, turning the story of a lone sorceress into a soaring battle-cry for female empowerment.

Now the epic tale comes to the small screen as HBO Max secure the rights to turn Circe into an eight episode TV series. The prose will be adapted by screenwriters Rick Jaffra and Amanda Silver, who have already collaborated on the live-action re-make of Mulan and the new Jurassic World.

Sarah Aubrey, head of original content at HBO Max, said in a statement: 'Circe tells an epic story of love, loss, tragedy and immortal conflict, all through the eyes of a fierce female lens. I’ve been a longtime fan of Rick and Amanda’s work and their ability to simultaneously build epic imaginative worlds while creating emotional dynamic characters.' The full creative team and cast are still to be confirmed but Aubrey assures they have 'the dream team to bring Circe to life.'

As the titular goddess transforms from an awkward nymph on Mount Olympus to a formidable witch ruling her own island, the story swirls together myths from the fall of Icarus to the creation and destruction of the Minotaur. It's Circe herself that captivates, as we discover these familiar (and new) myths through a fierce, female perspective. As much a story of alienation and loneliness as it is an ode to enduring love and power, it feels strikingly modern.

The epic, pacy plot and moments of magic have all the ingredients for the kind of Event TV to fill the Game of Thrones gap. As the budgets are likely to be sizeable, expect gorgeous visuals featuring Agean islands and supernatural creatures.

But, as fans of Miller's book will know, Circe is more than salacious stories in sexy settings: it's a shrewd, subtle examination of what it is to be a woman and to be an outsider.

Production on Circe the TV series is yet to begin and further dates are still to be confirmed. Watch this space for updates... 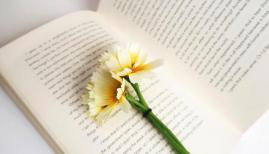