In a strange and elusive collaboration between Sky and Punchdrunk, The Third Day stars Jude Law as a reluctant visitor to a mysterious island off the British coast

1 CW reader is interested
The Third Day, Sky Atlantic, episode 1 review 4 The Third Day, Sky Atlantic, episode 1 review Euan Franklin
The intriguing enigmas of The Third Day started building before the series even had a trailer. What would a collaboration between Sky and the immersive theatre company Punchdrunk look like? Is it an experiment? A laugh? The story, also, was shrouded in mystery – revealing only the bare basics of the plot.

Not since the days of Lost has a series sparked so much of this critic’s curiosity. And like Lost, The Third Day also has a strange island with strange inhabitants and strange goings-on. But writer Dennis Kelly (Utopia) makes the experience more insular, more subjective to Sam (Jude Law), a business owner who’s recently been robbed. 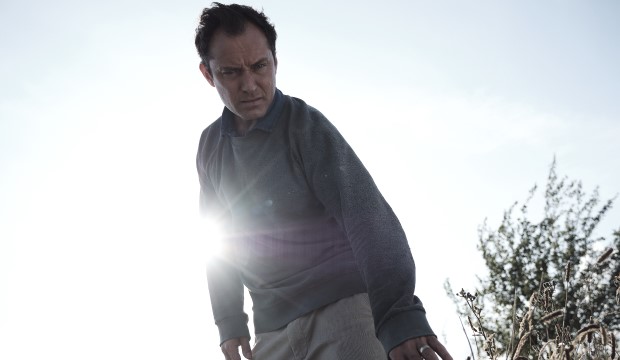 The first episode begins with an intense argument over the phone, on an empty country road. The camera is fiercely in Sam's face: in focus, out of focus. He decides to take a breath in a forest, where – under shocking circumstances – he meets teenage girl Epona (Jessie Ross, High Life), resident of the nearby Osea island. To help her, he drives her back home. In the vein of any horror movie, you know this is a bad idea.

To reach the island, Sam has to drive on a winding road… but only when the tide’s out, as it’s covered by water the rest of the time. Once the water retreats, the safe(ish) passage appears like the entrance to a disturbing fairytale.

Some serious Wicker Man vibes peek out of long black sheds and between tree branches. There are the classic costumes, weird statues, and a festival wrapped in Druidic tradition. The residents live as a sharp community, like any extremely local British village with a historic creepiness to it. Sam takes Epona to a couple of pub-owners: Mr Martin, a smiley Paddy Considine, and Mrs Martin, a stern Emily Watson. 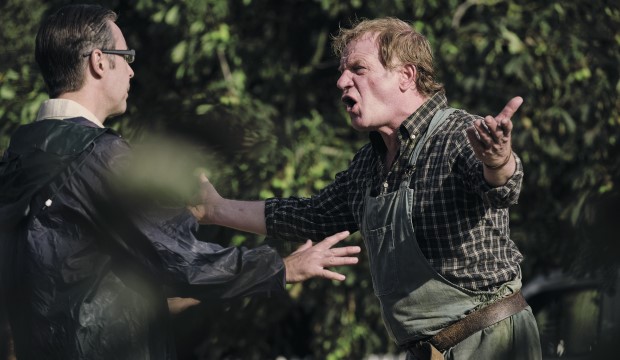 Much of what’s unnerving about the first episode stems from the incomprehensible. Clearly, there are some local disputes on the island, which Mr Martin tries to hush – maintaining the picturesque image of a loving community to Sam. There’s a scary xenophobia under the surface, hinted at by certain veiled speeches by Mr and Mrs Martin: planting dangerous seeds in Sam’s head.

However, his head already suffers from visions and nightmares, and frightening images in his waking life. Dissected animals and obscure children cloud his mind. Director Marc Munden (National Treasure, Utopia) secures you in these moments, removing you from any possible distractions (NB: please, please don’t look at your phone while watching this).

A lot of the visuals swim in a delirious haze, but it’s the sound that really sucks you in. It ranges from immersive, ambient flits of nature to the unnerving chimes and bells of Cristobal Tapia de Veer's background score.

So many questions arise throughout the episode, creating the discomfort of the unknown. It’s likely that the first episode is only a glimpse of the terror to come. And, given the remaining ambiguity, there’s no way to prepare for what The Third Day has in store.